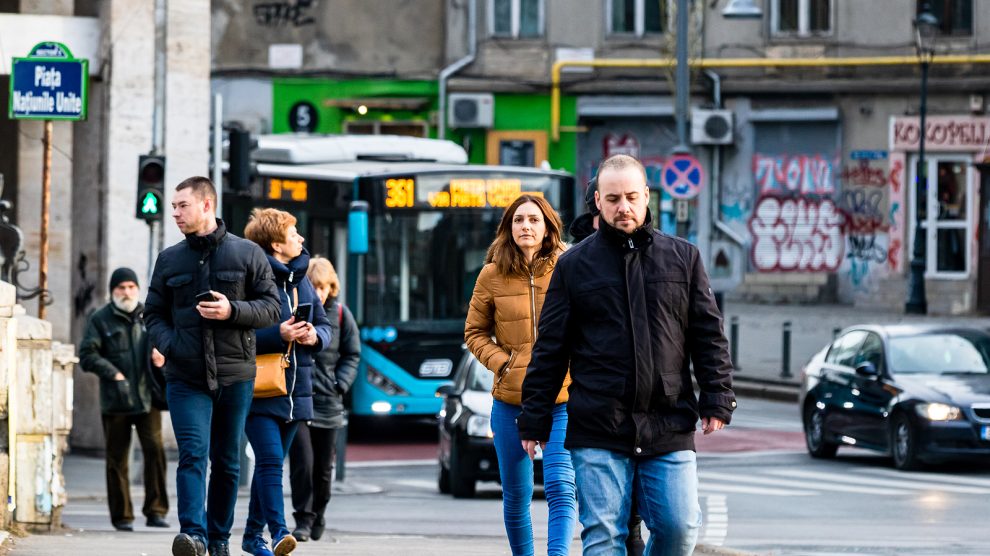 CEE citizens still struggle with second-class status, as they see their purchasing power well below that of other EU member states.

Central and Eastern Europe (CEE) has had one of the largest economic growth trajectories in Europe since its accession to the EU. This has allowed for a massive convergence process that would not have been possible outside the single market.

EU member state status has not only brought market access and EU funds, but also large FDI inflows. These drivers of economic growth have created an important momentum of change for the region. However, it has failed to deliver shared prosperity.

A very large corpus of scholarly literature and public speeches point to institutional failures in CEE and how corruption or poor capacity has eroded the economic potential of the region. While some of this might be true, it is less relevant that an economic model that failed to deliver sustainable, balanced growth.

CEE citizens still struggle with a second-class status, as they see their purchasing power well below that of other EU member states and sinking even further in the current perma-crisis. GDP per capita in CEE is below half of the EU average, and large subnational disparities persist in the region.

GINI coefficient levels in CEE were similarly high to those of Southern Europe in the early 2010s, but a decade later, only a few CEE countries remain on the blacklist of those with high inequality levels – Romania, Bulgaria, Lithuania, and Latvia.

The others, such as the Visegrad countries and Estonia have been much more astute in developing inner growth processes to double down on the opportunities of economic integration. Poland has developed a strong developmentalist model, relying on its large internal market and decentralised structure, supporting a local economic growth dynamic.

Estonia has leveraged its innovation-driven economic development to harness higher value-added production, while Hungary has achieved the same outcome by leveraging its strong political ties to Bavarian automotive investments. Czechia was always the primary destination of FDI in the region, but its governmental investment strategy has been structured and systematic as well.

Still, beyond aggregate inequality levels, the territorial reality is truly fractured in most of the CEE countries. On the one hand there is a thriving urban elite that enjoys all the privileges of being European, while on the other hand is a rural precariat, that has not accessed the social protection measures granted in Western member states.

Left-behind places exist all across Europe, but the distinguishing trait of poverty in CEE is that they are much more vulnerable to basic unmet needs – from high school dropout rates to very high numbers of preventable deaths, from energy poverty, to depopulation and large waves of outward migration, from human trafficking to yes, even in 2022, hunger.

A national vision is important. However systematic the EU’s approach is towards tackling social issues (such as the European Pillar of Social Rights), it is still up member states to develop and implement their economic development action plans.

With increased flexibility and funding available from the EU, there is no better time to deploy national growth models that cater to specific national and local challenges and opportunities. Employment and innovation should be twin priority goals of such plans that are specific to CEE needs, in addition to our shared European pursuit of the digital and green transitions.

National plans can and should develop a vision that spans beyond the reactive Recovery and Resilience Plans (RRPs) that are linked to highly specific financial instruments. While RRFs deliver an important mix of reform and investments – the stick and carrot approach – they are a necessary but not sufficient condition for CEE countries to secure a sustainable future.

Beyond the urban-rural divide

CEE needs to look well beyond urban-rural divides. Not all cities can be drivers of growth, as many secondary cities in the region struggle with a shrinking trend leading to a lower quality of life similar to that of more impoverished rural areas. In contrast, rural areas that buy into the large opportunities of agri-business or remote work, see their population achieving a significantly higher quality of life than in many of the urban centres.

Contextual opportunities are precious. Bulgaria is looking at joining the eurozone in 2024, which will not change its monetary policy given its long history of a pegged currency, but will increase its standing in the economic decision-making process of the EU.

Romania looks forward to joining the Schengen area alongside Bulgaria and to becoming a member of the OECD.

For all CEE countries, an ongoing process of friendly- or allied- shoring, and rerouting trade can offer important growth opportunities. This will once again require national vision and agency in the form of economic diplomacy.

Clara Volintiru is Professor of International Relations at the Bucharest University of Economic Studies (ASE) and Director of the New Economy and Society Programme at the Aspen Institute Romania.