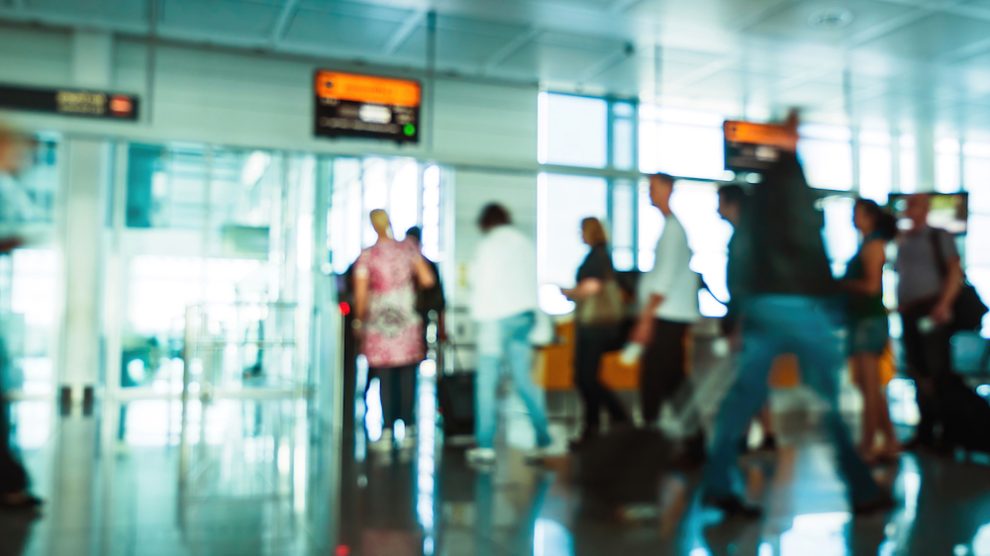 EU leaders are strong-arming Serbia and Albania to tighten their visa regime while deliberately stonewalling the enlargement process.

The European Union already has enough on its plate, in terms of both the geopolitical and socioeconomic challenges member states are dealing with. Sky-high inflation, energy insecurity, a devalued currency on parity with the US dollar and a full-blown military conflict at its doorstep are among the bloc’s most pressing issues this winter.

From Prague to Paris, inhabitants across the continent are taking to the streets en masse amid growing displeasure at war-induced austerity measures they now bear the brunt of. Meanwhile, the Eurocrats have resorted to the oldest trick in the book during an economic downturn: fear-mongering over illegal immigration.

The EU’s latest blame game has no legs to stand on, not least because the ongoing refugee crisis dates back seven years when those in power held a starkly different attitude towards migrants. Serbia and Kosovo have nevertheless been issued an ultimatum to either harmonise their entry requirements with those of an entity they are not even a part of or risk losing visa-free access to the Schengen area.

Such heavy-handedness is tantamount to glorified blackmail and may further alienate an already disenfranchised Belgrade and Tirana. Their heads of state have no illusions about joining the EU anytime soon and have even put aside differences to champion the Open Balkans initiative along with North Macedonia.

The bone of contention here is that the Serbian and Albanian governments have unilaterally exempted a handful of alleged “high-risk” nationalities from short-stay visas in a bid to boost tourism. This move is totally above board in that they are merely exercising their sovereign right to determine who can and cannot enter their territory on facilitated terms. However, German politicians recently sounded the alarm over predominantly Asian and African travellers abusing this privilege and seeking asylum further afield.

Serbia somewhat capitulated to these outlandish concerns by reintroducing stringent entry protocols for Tunisians and Burundians last week whereas Albania is yet to budge.

There is no doubt that poverty-stricken and politically unstable jurisdictions to whom visa waivers have been extended boast their fair share of rotten apples. News of special travel arrangements circulates like wildfire in most developing countries and invariably reaches certain individuals with the wrong intentions through word of mouth.

That being said, visa overstayers from the likes of India, Cuba and Turkey constitute a mere fringe and pale in comparison to the influx of Middle Eastern and Afghan refugees. The uptick in irregular migration via the Balkan route is interestingly being mooted at a time when Europe’s most prosperous economies are reeling from the blowback of an ill-thought-out sanctions crusade against Russia.

The Western Balkans remain heavily reliant on the European Union, not just for funding but also as guarantors of stability in an area dubbed the “Pandora’s box” of Europe. As such, its constituents generally tend to toe the line and succumb to pressure from their overlords in Brussels.

Although the bloc still has considerable leverage over many of the ex-Yugoslav republics, they are not the only show in town. Excessive belligerence vis-à-vis Serbia and Albania is a cue for other strategic partners, namely Russia and China, to enter the fray. Both dictatorships are hellbent on expanding their sphere of influence and have the financial clout to bankroll infrastructure development projects across Southeastern Europe, albeit with clear strings attached.

The EU can ill-afford to make an enemy of its immediate neighbours and therefore needs to tread a fine line between safeguarding its own interests while mustering support from the rest of the free world to contain Vladimir Putin’s reckless adventurism in Ukraine and pre-empt a potential Chinese incursion into Taiwan or Hong Kong.

The Balkan hopefuls are heading down a slippery slope in blindly adhering to dictates from an external body which does not necessarily have their best interests at heart. Tweaking visa rules might seem like a trivial matter in the grand scheme of things, especially seeing as the countries in question still remain cautiously optimistic about fully-fledged membership despite the odds being heavily stacked against them.

Forgoing independence and decision-making powers will only prompt Brussels to forcibly extract more concessions in the future and tighten its stranglehold on all prospective candidates. Stalled accession talks are not just down to inadequate progress on tackling corruption and organised crime.

The entire Balkan Peninsula is inundated with internal disputes – territorial or otherwise. Whether it be Kosovo, the Republika Srpska’s possible secession from Bosnia and Herzegovina or Albania and North Macedonia sparring over the ethnic origins of Mother Theresa, bad blood is rife among its newly-independent republics and here to stay.

These frictions could be used as a pretext to further prolong their absorption into the EU and table more unreasonable demands over and above the stipulated prerequisites for admission. The bloc’s sorry state of affairs renders taking on any newcomers all the more burdensome, not just monetarily but also in terms of amalgamating ex-socialist states which may not be fully receptive to Europe’s increasingly liberal manifesto.

It is paradoxical that four out of the six Western Balkan nations fought tooth and nail for the eventual dissolution of Yugoslavia, only to find themselves at the receiving end of similar totalitarianism two decades later from another budding superstate.

Serbia and Albania’s comparatively liberal visa policy is not for short term gains from inbound arrivals. This initiative is part and parcel of forging closer ties with select non-EU nations while also putting themselves on the map for the right reasons.

Eradicating red tape is conducive to outmanoeuvring their Western counterparts and vying for the lion’s share of international visitors as well as digital nomads in the aftermath of Covid-19. Although the Balkan states seldom feature on travellers’ bucket lists and remain off the beaten path, abolishing visas is a step in the right direction to showcase their untouched topography, rich history and abundance of UNESCO World Heritage Sites to a broader target audience.

Given the seismic socioeconomic reforms underway, easing restrictions could also generate interest from foreign investors looking to get in on the act and suss out lucrative opportunities in a fast up-and-coming region.

Albania is already mulling citizenship for foreigners prepared to inject sizeable capital into their real estate market. It is anyone’s guess whether Belgrade will follow suit in introducing such a scheme for deep-pocketed Russians impacted by travel constraints. The de facto sale of passports does not sit well with Brussels, yet being placed on a waiting list indefinitely thrusts candidate countries to essentially go all-in and double down on spiting the European Union as retribution for the raw deal they have been dealt.

If history has taught us anything, it is that the most recent entrants are customarily viewed through a peripheral lens by the Anglo-Saxon elite and subject to smear campaigns by the mainstream media. This was the case with Bulgarians and Romanians in the run-up to Brexit, since both countries suffer from an acute brain drain made considerably worse by the EU’s free movement tenet.

An almost identical phenomenon prevails across the Balkans which could ultimately stoke greater resentment towards its diaspora in Western Europe. Britain has already begun taking aim at Albanians supposedly descending on their shores in disproportionate numbers of late. Apprehensions of a so-called “invasion” may easily permeate to the mainland and be the tip of the iceberg as far as unfairly singling out a particular community is concerned.

Insinuating that Belgrade and Tirana require EU oversight to protect their borders is yet another giveaway of the condescension with which its leaders look down on the East.

By no means are visa waivers synonymous with breezing through immigration checkpoints. Flagged citizens are routinely bombarded with intrusive questioning and impelled to present documentation authenticating the purpose of their trip.

Such agreements are not set in stone either and can be instantly rescinded by the host nation when made a mockery of. The fact that Serbia stripped Iranian nationals of this facility a year after its ratification in early 2017 goes to show that they are more vigilant and hands-on than Brussels gives them credit for.

By insisting on uniformity with respect to all facets of foreign and domestic policy, the EU is knowingly dragging its feet on expansion into the Western Balkans. Dialogue aimed at establishing some kind of middle ground between both parties as opposed to petty, knee-jerk reactions is the way forward.