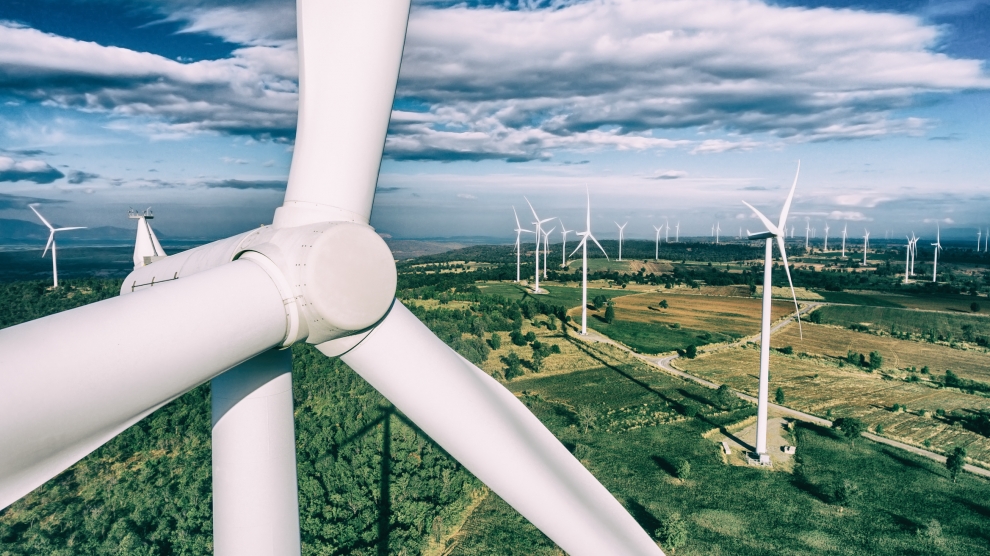 It is no secret that US President Donald Trump likes to interfere in foreign affairs – especially when it comes to protecting American interests and asserting them in the world. But even in view of this, it is remarkable how openly he is currently fueling the fossil-fuel energy war.

In pursuing Nord Stream 2, an additional pipeline through the Baltic Sea, which supplies Russian gas directly to Germany, Trump claims that Germany is making a huge mistake and is dependent on Russian gas supplies. If Germany continues to adhere to the gas pipeline project, the US threatens to impose sanctions.

For the US, opposition to Nord Stream 2 is only about one thing: it wants to sell its own gas in Germany and the rest of Europe, produced in the US through fracking, at the highest possible prices. This would of course be much more difficult with competition from Nord Stream 2. This is because the comparatively expensive gas produced via fracking can hardly compete with gas from other suppliers – especially since Germany would indirectly import environmental damage if it were to purchase gas, obtained via fracking, from the US.

The construction of Nord Stream 2 is indeed questionable and unnecessary – although for other reasons. Germany imports about a third of its gas imports from Russia and will further increase this share by building the additional gas pipeline. Germany will also lose flexibility in its gas purchases due to the obligations associated with the construction to import gas via the pipeline in the coming decades.

In addition, Nord Stream 2 is unnecessary in terms of energy and business management and, to make matters worse, harmful to the environment. In addition, the pipeline is politically sensitive. Even the first string was very expensive and is not fully utilised in many areas. There are numerous other transport routes that can be used, such as pipelines running through Poland.

Liquefied natural gas (LNG) is also becoming increasingly important. Contrary to the forecasts of those in favour of the pipeline, there would be no “gas gap” without it, on the contrary. There is currently an oversupply of gas on the international market, also triggered by the aforementioned US fracking gas. Many countries, including those in Europe, are diversifying their gas imports, above all by means of liquefied gas, which can be transported flexibly by ship. Only Germany has so far refrained from building an LNG terminal and has instead decided to expand the Nord Stream pipeline.

This is an expensive strategy and will drive up consumer prices – even though the pipeline’s operators are of course claiming the opposite. Europe’s gas demand will decrease, as meeting the Paris climate targets means a complete decarbonisation of the economy – and thus also of the energy industry. After coal is phased out, gas is phased out. It is true that gas will play a role in mobility during the transitional period both for electricity generation and for heat production and as a fuel. More and more, however, gas will be replaced by climate-neutral energies. Natural gas is already competing with renewable energies. Renewable energies are becoming cheaper and cheaper, and their share of the energy mix will continue to increase.

Nord Stream 2 will reduce market flexibility and increase dependence on gas supplies from Russia, and for decades it will be tied to comparatively expensive gas imports. This is in line with the objectives of the European Energy Union. Within the framework of the Energy Union, the EU has set itself the goal of reducing the share of Russian gas supplies, and of focusing on more flexibility and liquefied gas. The construction of such a pipeline will hinder the switch to renewable energies and will cost consumers dearly. Such costly pipeline construction will only pay off if it is used to capacity for many decades and the gas is sold at high prices. There are many other pipelines which can also be used to meet Europe’s declining gas demand.

Germany would do well to accelerate the energy turnaround by expanding domestic renewable energy production and saving more energy, jointly in Europe and Ukraine, rather than supporting unreasonable pipeline projects. The best buffer against the fossil energy wars, no matter who instigates them, is the consistent implementation of the transition to renewables.

Claudia Kemfert is head of the energy, transportation and environment department at the German Institute for Economic Research (DIW Berlin) and is professor of energy and sustainability at the Hertie School of Governance in Berlin.