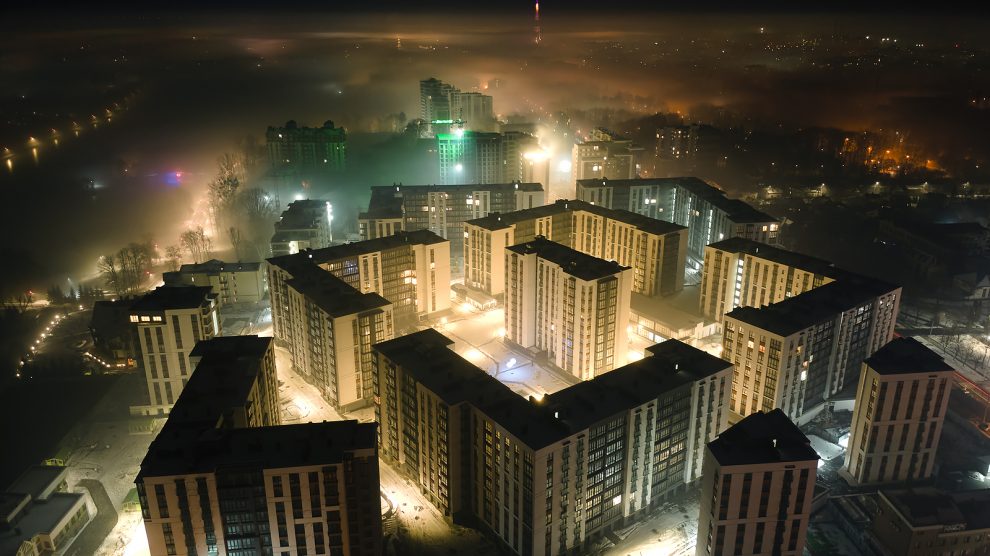 Recent Russian attacks on Ukraine’s energy infrastructure have led to concerns that the country could see homes go unheated this winter.

Much of Europe has long been hoping that the coming winter will be mild, given the huge rise in energy prices since Russia began its invasion of Ukraine on February 24.

While gas prices this week fell to their lowest levels in several months, to around 150 euros per megawatt hour (MWh), the current price is double what it was on the day before Russia launched its invasion.

But with Europe’s gas storage facilities – essential for any extra winter demand – now, according to the European Commission, 90 per cent full, the prospect of the EU struggling to keep the lights and heating on this winter is receding.

Energy may cost more than in previous years, but supplies should in most cases be uninterrupted. Nevertheless, The Economist this week warned Europe against complacency, saying that gas storage is not enough to replace lost Russian inflows. “If these fall to zero, normal energy consumption would leave storage perilously low by March,” it believes.

Following this week’s Russian attacks on civil infrastructure, which have targeted energy installations in particular, there is little complacency in Ukraine. There are now real concerns that homes could go unheated, and that electricity supplies could be patchy.

On Tuesday, Ukrainian Energy Minister Herman Halushchenko said that 30 per cent of the country’s energy facilities had been damaged in the previous 48 hours.

Halushchenko said that attacks were “the biggest of the war” and carried out “on the entire chain in order to make switching supply as difficult as possible.”

While underlining that the energy system was “still stable”, he confirmed that Ukraine would halt the export of energy, and joined calls for Kyiv’s Western allies to provide “air protection systems which really could help us to protect our infrastructure”.

According to Maxim Timchenko, CEO of DTEK, Ukraine’s largest private energy firm, whose Kyiv offices were themselves impacted by missile strikes this week, the country’s problem is not currently energy generation, but distribution.

“As of today we have enough capacity, the problem is how to bring it from one region to another,” he says, adding that he cannot therefore exclude the possibility that Ukraine will need to import electricity from the European Union.

“Russia has deliberately targeted substations in order to interrupt supply. Losing on the battlefield, Russia has switched to attacking civilian infrastructure, trying to ensure that Ukrainians cannot live in normal conditions.”

Timchenko, who says he has helped Ukraine’s military identify key strategic facilities that require the most protection from air defence, says that what Ukraine’s energy system needs now is transmission equipment to replace what has been destroyed, such as transformers and switch gears.

“We are getting a lot of equipment through our arrangement with the European Energy Community, but it is mainly power supply equipment. What is missing is equipment for high voltage power stations,” he says, appealing to partners to offer any assistance they can, “such as equipment from decommissioned power stations.”

Ever since he began his war in February, Putin has repeatedly told Europe that it would “freeze” without Russian gas; an attempt to divide the EU and turn public opinion against support for Ukraine’s struggle. He failed.

He now appears to be attempting to do the same with Ukraine itself. He will again fail.

“[Russia] wants panic and chaos, it wants to destroy our energy system,” Ukraine’s President Volodymyr Zelensky said on Wednesday. “But while there may be temporary power outages now, but there will never be an interruption in our confidence – our confidence in victory.”