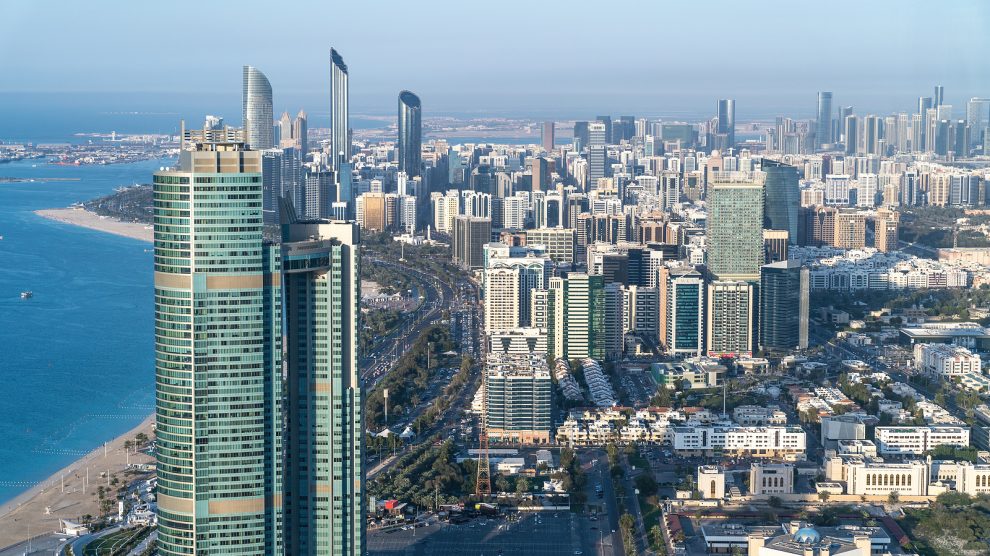 Whether Gulf states can wean off the black gold and truly diversify their economies is an issue that stretches back a generation. It is also one that Europeans will be watching closely, given their own interests and need to see the Gulf economies succeed.

In May, the European Union (EU) and the Gulf Cooperation Council (GCC) inked a strategic partnership.

As well as backing regional stability and boosting security cooperation, the partnership provides a framework for the two to expand their economies ties, beyond current forms of energy production and supply to cleaner forms along with greater investment in other, high-tech sectors.

The partnership coincides with what appeared to be a relatively promising environment in the Gulf. A recent spate of ‘mega-listings’ of public companies raises the question of whether these developments are a flash in the pan or if sustained change is possible. The post-pandemic context has been exceptionally good for Gulf states in economic terms. Since the start of 2022, 11.4 billion US dollars has been raised through IPOs in the region. Among the money raised was more than two billion US dollars for the Abu Dhabi-based petrochemicals company, Borouge.

That figure has smashed previous records and comes largely from UAE-based listings, which is quickly becoming the IPO hub of the Middle East. Much of the funding came from abroad an indicator of growing foreign approval of diversification efforts.

GCC governments have placed economic diversification high on their list of priorities. They have been especially keen to attract investment in high-tech sectors, with renewable energy high on that list. Global efforts to reduce carbon emissions and their associated greenhouse gas emissions has meant a search for other, cleaner substitutes.

That shift overlaps substantially with the EU’s own European Green Deal, which aims to tackle climate change by reducing carbon emissions and decoupling economic growth from resource use. To achieve its goals, Europe will need to invest in cleaner forms of energy, offering considerable opportunities for investment with Gulf partners looking to do the same.

While there is the potential for synergy between the EU and Gulf on energy transition, climate change and economic diversification, questions still remain. It remains unclear whether Gulf efforts at diversification are more than superficial. Levels of renewable energy use and fuel efficiency are low. Environmental consciousness and associated behaviours are similarly modest.

A big reason that Gulf states have limited achievement in these areas is a failure to manage and transform social expectations. Generous cradle-to-grave welfare provision – free education to well-paid public sector jobs, allowances for marriage and housing and sizeable fuel and electricity subsidies – have boosted expectations, especially among citizens.

The costs of social stability

The relative ease that oil and gas wealth provides in terms of social stability means significant costs for Gulf governments changing economic course. Indeed, this issue has been present for some time. Governments’ economic diversification ambitions aren’t new; they have been around in one form or another since the 1970s. While it resulted in increased spending in infrastructure, human capital and local industry, none of these significantly weakened the hydrocarbon link.

The Economic Complexity Index is particularly informative in this respect. It means the diversity and ubiquity of a country’s exports. For much of the past 30 years most of the Gulf states have been in the middle or bottom half of the rankings. While there have been some big rises up the rankings by the UAE, Qatar and Kuwait in recent years, it is uncertain whether they will be sustained.

There are two additional factors which may also count against the Gulf countries’ diversification prospects. One is the similarity between them, not just in their dependence on oil and gas production and sales, but also in their visions for diversity and where they seek investment. That has resulted in competition and the introduction of similar policies in an attempt to woo investors.

Another is tied to the wider global economy. Its future outlook isn’t promising. In April the IMF said that it expected global GDP growth to drop from 6.1 per cent in 2021 to 3.6 per cent in 2022 and 2023. Those latter estimates were 0.8 per cent and 0.2 per cent lower following the outbreak of the Russia-Ukraine war. The fall in growth may mean a fall in demand, including for energy – and with it, prices for oil and gas. Should that happen, then the current boom in the Gulf and the recent surge for IPOs may prove fleeting.

Europe has a role to play

In sum, the outlook for economic diversification in the Gulf remains uncertain. Certainly, there has been good news recently and strides forward have been made. However, they face difficult choices and challenges are on the horizon. As well as moving away from the “lock” that ties these countries’ wealth to the global economy and demand for hydrocarbons, GCC authorities must recognise that the benefits of economic diversification come with potentially high political and social costs.

Because of this, Europe has a part to play. Through investment in clean energy, alternative forms of economic production and activity, the EU, European governments and firms can help to not only support but sustain the diversification agenda in the Gulf. That will be important, especially if and when the will to do so begins to falter.

The EU’s support for the challenges facing healthcare
No alternative: Ukraine’s ports must be unblocked
Comment