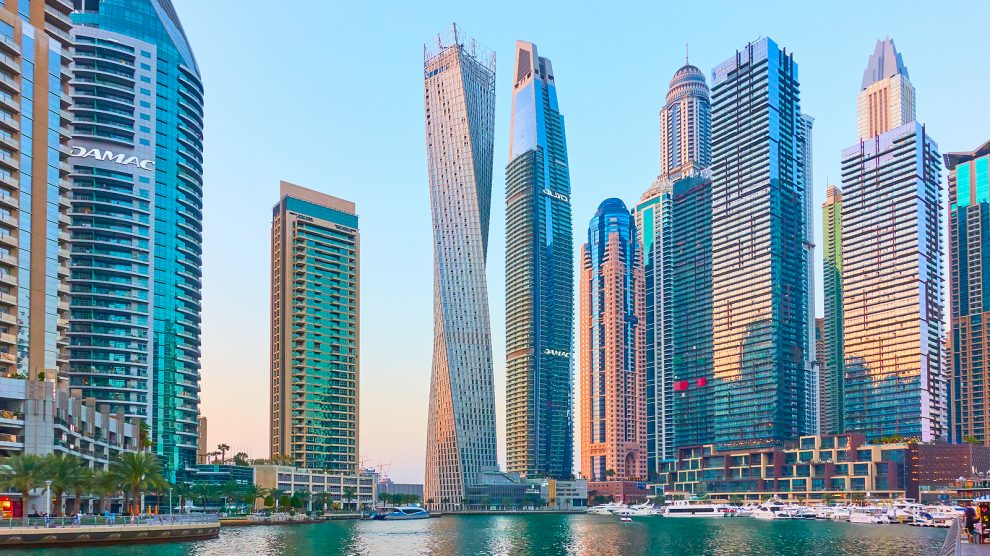 Gulf states have been stepping up investment in Central Asia, providing a counterbalance to Russian and Chinese influence in the region.

The collapse of the Soviet Union three decades ago brought about major geopolitical changes in Central Asia.

Although Russia, through historical inertia following over a century of rule spanning from the imperial days to the Soviet era, continued to retain a significant degree of influence, it wasn’t too long before other powers began turning their sights to the region.

First among these has been China, but in recent years, a new set of countries have begun contending for influence in the region: the oil-rich monarchies of the Persian Gulf.

“Thus far, the Sino-Russian tandem has managed to retain its superiority in the region,” he says. “But this could change depending on how the other powers – Turkey, Iran, India, and the GCC countries – play their cards in the ‘modern great game’ in Central Asia.”

The six states which make up the GCC – Saudi Arabia, Kuwait, Qatar, UAE, Bahrain and Oman – have all (save for the tiny nation of Bahrain) been making major investments throughout Central Asia.

Offering what Russia and China can’t

On the surface, these Gulf Arab countries have much to offer Central Asia that China and Russia can’t.

There are cultural ties due to the prevalence of Sunni Islam in both regions – a major part of Saudi Arabia’s foreign policy, for example, is to use its legitimacy as the host of Islam’s two holiest sites to project its influence in Muslim majority countries.

Furthermore, these countries proportionally have much deeper reserves of capital than their contenders, Russia and China. The bulk of their investments are funded by sovereign wealth funds, whose coffers are filled with revenue from oil and gas exports.

According to Nadir Kabani, a senior research fellow at the Brookings Doha Centre, in recent years this drive to invest in Central Asia has been ramped up due to the Gulf countries’ desire to diversify their economy and lessen their dependence on finite hydrocarbon reserves.

“GCC countries have been concerned about the sustainability of their hydrocarbon revenues for decades. In the long term, the oil and gas will eventually run out,” he says.

The UAE has been the most proactive in investing in Central Asia. In congruence with its policy to dominate ports throughout the world, in 2019 Dubai Ports World bought a 49 per cent stake in the Aktau special economic zone, on Kazakhstan’s Caspian Sea coast, and a 51 per cent stake in the Khorgos special economic zone, a major transportation hub on the Kazakhstan-China border.

From 2005 to 2019, the flow of funds between Kazakhstan and the UAE reached 2.1 billion US dollars. In late 2020, the two countries signed an investment cooperation agreement which foresaw the implementation of 21 projects at a cost of 6.1 billion US dollars. This will include projects in infrastructure, manufacturing and food production.

Kazakhstan has also been courting interest from Qatar, which for years now has been a major political rival of the UAE, possibly hoping to balance between the two countries to get more favourable terms. Although this balance currently appears to be decisively in the UAE’s favour, in August, Qatar invited a Kazakh delegation, led by deputy prime minister Alikhan Smailov, to Doha to discuss deepening economic ties.

Early last month, Kyrgyz President Sadyr Japarov received a delegation from the UAE composed of the minister of energy and infrastructure, and representatives of major Emirati companies. The UAE already has substantial economic ties with Kyrgyzstan: in 2019, trade between the two countries totalled over 900 million US dollars.

“Kyrgyzstan is looking to attract foreign investors to support national infrastructure projects, and strengthen its economy which is affected by a large debt to China,” says Dr Giuliano Bifolchi, founder of ASRIE Analytica.

“Kyrgyzstan’s foreign debt is reportedly as much as five billion US dollars – and more than 40 per cent of that is reportedly owed to the Export-Import Bank of China for a series of infrastructure projects over the last decade, under the guise of the Belt and Road Initiative.”

As such, countries like Kyrgyzstan have identified the capital-rich Gulf Arab countries as a possible alternative to the debt-driven Chinese policy, and Russian military-political hegemony over the region.

The UAE has also invested in the partially hermit state of Turkmenistan. Despite having a highly-protected oil and gas industry, Dragon Oil, a Dubai-based (but Irish-owned) firm has been working in Turkmenistan for over 15 years and is the only foreign company to export Turkmenistan’s oil to global markets.

This summer, a Turkmen government delegation met with the crown prince of the UAE, Mohammed Bin Zayed, which foresaw further developments in bilateral economic ties.

All of this appears to be happening with the tacit consent of the GCC’s western allies, who possibly view it as a welcome development.

The West would prefer Central Asia to be under the influence of its own allies, rather than geopolitical rivals Russia and China, or an increasingly assertive and independent Turkey.

As such, this element may give GCC states an edge over their competitors in the region.

If played right, the Central Asian republics can benefit immensely from this jockeying for influence in their region, and lessen their dependence on China for infrastructure development and Russia for military and diplomatic backing.

With investment sorely needed throughout the region, the GCC states may be best placed to deliver it.

The potential is there, say 3SI stock exchange bosses
In Czechia, an election surprise and an incapacitated president
Comment