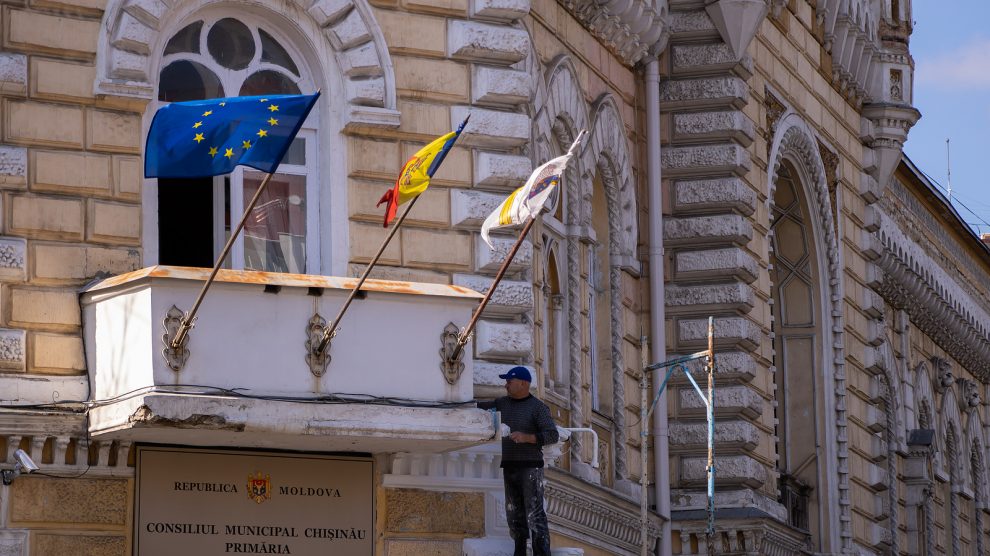 From the tragedies that forged the European spirit, which we all proudly share, a political and economic bloc like no other is now delivering stability, development and prosperity to hundreds of millions of citizens.

Days away from Brussels’ assessment of the questionnaires submitted by the Republic of Moldova, Ukraine and Georgia, the prospect of being granted EU candidate status is fuelling not only the three countries’ pro-Western ambitions, but also their resilience in facing current security challenges.

Ukraine has fallen victim to an unjustified, brutal and illegal war, and the world must not lose sight of the human tragedy of unprecedented proportions unwrapping just hundreds of kilometres from our borders.

We are all doing our part in helping fellow Ukrainians, and Moldova has in fact been the country receiving the largest number of Ukrainian refugees per capita since the start of the invasion – a grueling task for a country that has been struggling to keep its finances in check for years, being now under severe economic stress against the backdrop of inflation, heavy energy dependence on Russia, skyrocketing energy prices and the loss of export opportunities to the east.

All of these challenges could not have emerged so quickly and so concertedly without Moscow’s decades-long efforts to preserve a weak and dependent neighbourhood.

Russian missiles in Ukraine were preceded by aggression that is all too well known to our countries. From military to hybrid attacks, Moscow acts based on an established toolbox that includes disinformation and propaganda, support for political proxies, illegal occupation and associated phenomena, instrumentalisation of energy and the cyber space.

Moldova has seen it all: from full-blown war in the early 1990s resulting in the illegal occupation of 12 per cent of its territory (an occupation which continues to this day), to leaders acting on the Kremlin’s instructions, and to attacks on its economic perspectives, energy security, and informational space.

However, against all odds, society’s trust in Moscow’s “good intentions” has rapidly degraded and political change allowed for the European Union to lend a helping hand first in 2009, with the Eastern Partnership, and then in 2014, with the Association Agreement.

With some variations, all three countries known now as the “Associated Trio” (Moldova, Ukraine and Georgia) followed similar paths in their democratic transformation, in which pro-reform commitments and political ties with the EU acted as the most important catalyst. The Associated Trio has been a success story of proactive Europeanisation for years, incentivised by unprecedented opportunities of policy alignment and tremendous benefits for people and businesses.

This is why, in light of the three countries’ applications for EU membership in March, any decoupling in terms of granting EU candidate status may not be the most inspired (or inspiring) course of action. In practice, Moldova’s EU bid was accelerated by the war at its borders, but this was also the very reality of the European project, which emerged as a response to brutal war and authoritarianism on the European continent.

From the tragedies that forged the European spirit, which we all proudly share, a political and economic bloc like no other is now delivering stability, development and prosperity to hundreds of millions of citizens.

It’s only natural for a country like Moldova, with its troubled history and newfound energy after the July 2021 legislative elections, to aspire to become part of the European family. The country is more than ready to put in the necessary work and its leaders know very well that this is no easy task. Moldova has already worked hard to mobilise an inclusive national effort of the authorities, civil society, the business environment and the diaspora to complete the answers to the Commission’s questionnaires in the shortest period of time.

However, the country is not looking for any shortcuts, but for an opportunity to show what it is capable of, and for a real chance at a renewed, European-inspired nation-building project.

It’s also natural for the European capitals expected to endorse Moldova’s EU bid to question their own gains – and in response, we shall recall the value of enlargement in the case of Romania and Bulgaria, as the two countries’ joining the EU was also an enlargement of the space of shared values and prosperity, and of the markets for European investors, to name just a few benefits.

Furthermore, the European perspective of countries in the Western Balkans also allowed for an extension of the alignment to EU policy and standards, which has proven valuable even in the current security context.

We are aware that EU enlargement has triggered, especially in the last few years, some sensitivities and even fatigue within the EU itself, but the results of the Conference on the Future of Europe and the proposal for a complementary “European Political Community” indicate that EU leaders are seeking creative and forward-looking ways to revive the enlargement policy and deepen the European integration process.

Now, with the economic consequences of the war in Ukraine, the EU is finding itself in the difficult position of managing citizens’ expectations while putting in place the right crisis containment mechanisms. To answer all challenges, Moldova is certainly ready to make a positive contribution. As a society, it has proven empathy in managing the current refugee crisis, while its institutions have demonstrated noteworthy resilience.

In this context, the country can certainly do even more and go to even greater lengths in its European path to democratic transformations. Moldova needs candidate status and effective support for its EU membership perspective. This will be both a clear target and strong political message to mobilise a majority of citizens who share the same ambitions, and are either part of the civil society, the business community, the political spectrum, or regular citizens.