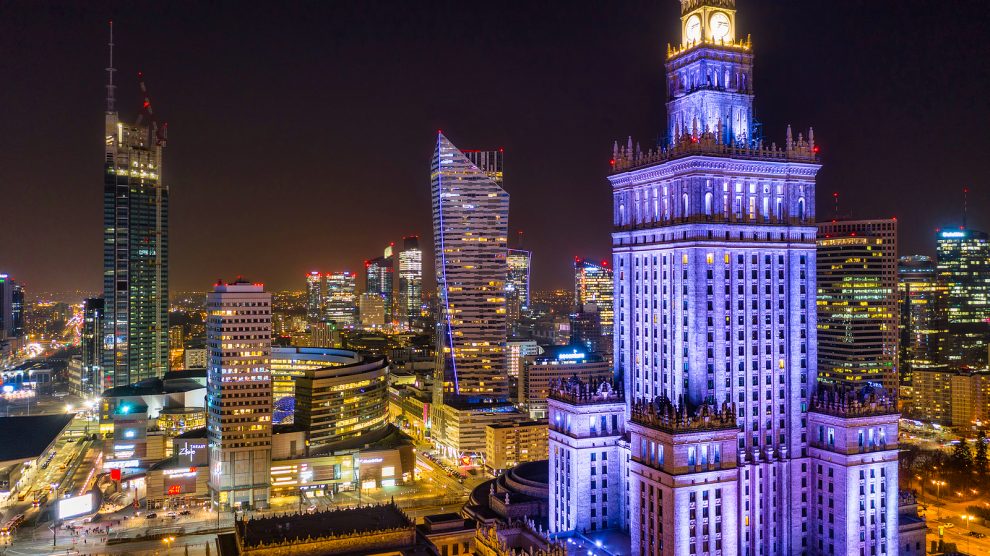 Emerging Europe’s Jo Harper has lived in Poland for more than 20 years. His latest book, Our Man in Warszawa, challenges some accepted thinking in the West about Poland and the rise of Law and Justice (PiS) as the ruling party in 2015. In this adapted extract, he looks at how ruthless snobbery afflicted many aspiring opinion-formers in the 1990s in Poland.

I go back to July 12, 2020, the day of voting in the second round of Poland’s presidential election and a wonderfully odd piece in The Observer by Nick Cohen on his fellow journalist Anne Applebaum, the wife of Radosław Sikorski, a former Polish foreign minister.

“Anne Applebaum can look at the wreck of democratic politics and understand it with a completeness few contemporary writers can match,” Cohen starts.

“When she asks who sent Britain into the unending Brexit crisis, or inflicted the Trump administration on America, or turned Poland and Hungary into one-party states, she does not need to search press cuttings. Her friends did it, she replies. Or, rather, her former friends.”

We, the readers, are then taken on a journey that offers a wonderful insight into the strange world of many in the foreign press in Poland. The piece is worth reproducing here in almost its full form. Cohen oozes the sycophancy of a genuine Cold War Warrior from the pages of an ostensibly left-of-centre British newspaper.

The piece starts on Millennium Eve at a housewarming for a manor house in western Poland the Sikorskis had helped rebuild from ruins.

“Unlike the bulk of the left of the age, they had stood up against the Soviet empire and played a part in the fall of a cruel and suffocating tyranny,” Cohen writes.

“They had supported free markets, free elections, the rule of law and democracies sticking together in the EU and NATO, because these causes—surely—were the best ways for nations to help their people lead better lives as they faced Russian and Chinese power, Islamism and climate change. They were young and happy. History’s winners. (…) Even when she was young, you could see the signs of the inquiring spirit that has made her a great historian.”

Where Jackie Collins meets The Guardian

“She went to work as a freelance journalist in eastern Europe while it was still under Soviet occupation and too drab and secretive a posting for most young reporters,” the piece continues.

“She then made a standard career move and joined The Economist. But it was too dull for her liking and she moved to The Spectator in the early 1990s. The dilettante style of English conservatism charmed her. She came to know the conservative philosopher Roger Scruton and Margaret Thatcher’s speechwriter John O’Sullivan. They had helped east European dissidents struggling against Soviet power in the 1980s and appeared to believe in democracy. Why would she doubt it? How could she foresee that Scruton and O’Sullivan would one day accept honours from Viktor Orbán.

“What was life in the English right like then. ‘It was fun,’ she said. Her husband knew Boris Johnson. They were both members of the Bullingdon Club at Oxford. She assumed that he was as much a liberal internationalist as Sikorski was. (…) When the couple met Johnson for dinner in 2014, she noted his laziness and ‘all-consuming narcissism’, as well as the undoubted charisma that was to seduce and then ruin his country. They asked about Europe. ‘No one serious wants to leave the EU,’ he replied.”

If only he had meant it.

“Heretics make the best writers. They understand a movement better than outsiders, and can relate its faults because they have seen them close up. Religions can tolerate pagans. They are mere unbelievers who have never known the way, the truth and the light. Although Applebaum has left the right, and stopped voting Conservative in Britain in 2015 and Republican in the US in 2008, she can make a convincing case that the right betrayed her.

“You can read thousands of discussions of the ‘root causes’ of what we insipidly call ‘populism.’ The academic studies aren’t all wrong, although too many are suspiciously partial. The left says austerity and inequality caused Brexit and Trump, proving they had always been right to oppose austerity and inequality. The right blames woke politics and excessive immigration, and again you can hear the self-satisfaction in the explanation.

“Applebaum offers an overdue corrective. She knows the personal behind the political. She understands that the nationalist counter-revolution did not just happen. Politicians hungry for office, plutocrats wanting the world to obey their commands, second-rate journalists sniffing a chance of recognition after years of obscurity, and Twitter mob-raisers and fake news fraudsters, who find a sadist’s pleasure in humiliating their opponents, propelled causes that would satisfy them.

“Rather than grab at standard explanations, Applebaum understands that a society based on merit may sound fine if you want to live in a country run by talented people. But what if you are not yourself talented? (…) Among her friends who became the servants of authoritarian movements, Applebaum sees the consequences of the lust for status among resentful men and women, who believe the old world never gave them their due. (…) Readers should be glad she bided her time. Applebaum can bring a candle into the darkness of the populist right precisely because she stayed on the right for so long. (…) She does not know whether it can be beaten. She’s a journalist not a soothsayer. But I know that if you want to fight it, her writing is an arsenal that stores the sharpest weapons to hand.”

How the West misread Poland

Among many, a favourite line is, “a society based on merit may sound fine if you want to live in a country run by talented people. But what if you are not yourself talented?”

Well, indeed. It is a question that has bedeviled thinkers from, you know, Socrates to Scruton: the untalented, what to do with them? They ought to know their place, like those second-rate journalists sniffing a chance of recognition.

We go on. The Left blames the rise of populism – a term peddled without much critical analysis in The Guardian, The Observer’s sister paper – on austerity, the Right on immigration, Applebaum pontificates. It was unclear if Cohen was simply unaware of Applebaum’s continued right-wing positions on key issues.

Furthermore, it seemed odd to think that only insiders (and “heretics”) could understand the likes of Johnson, Scruton and O’Sullivan, given that Applebaum seemed incapable of doing precisely that when they were sat across the dinner party table. What was so confusing about these people that she couldn’t see and many others not at the table could? They were amusing, we are told, and “we were young, History’s winners.” Naked ambition, perhaps, blinds one to one’s friends’ (“ex-friends’”) vices?

Sadly, Applebaum typified a culture of intellectual bullying and ruthless snobbery that afflicted many aspiring opinion-formers in the 1990s in Poland. A new class was emerging and demanded to be heard.

So, perhaps it was no surprise that Applebaum took refuge in a country manor house and wandered around in tweed jackets. These things only go so far, however, when your project is meritocracy and modernisation.

But perhaps the real tragedy for Applebaum was that her husband, Sikorski, had picked the wrong right-wing grouping within the emerging sub-elites to join when Poland’s post-communist Left imploded in the early 2000s.

The self-proclaimed “Liberal Internationalist” had in fact been a member of Law and Justice (PiS) for a while, and then jumped ship to Civic Platform (PO), a fact conveniently omitted from the article.

Our Man in Warszawa: How the West Misread Poland is published by Central European University (CEU).

A Slovenian start-up is creating the perfect steak. And it’s meat free
Not one, but two Oscar nods for Collective, a tale of corruption in the Romanian health system
Comment