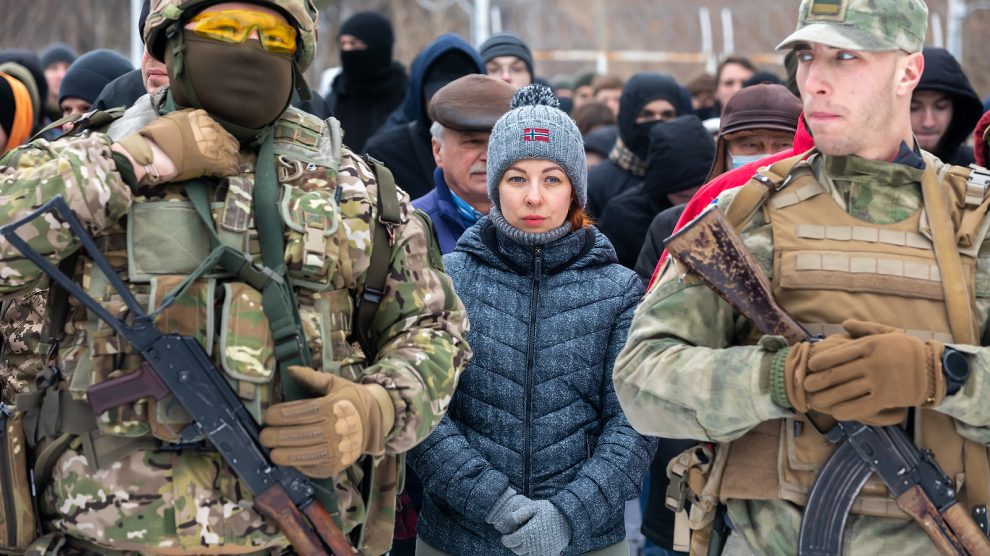 If ever there was a time for a rally around the flag moment, it is now. If we remain polarised, Russia is sure to take Ukraine, and anything else it wants to.

Our leaders need to get their act together.

For the first time in over 80 years, western leaders are facing a belligerent neighbour on their doorstep and they are strategically unprepared.

Our leaders need to stop reacting to Putin and think of the bigger picture. For months, US intelligence experts, academics and security think tanks have suspected that the Russian leader aims to recreate the Soviet Union.

This turned out to be wishful thinking after it became clear, with Putin himself confirming as much, that he does not intend to recreate the USSR, but rather revive the Russian Empire. We need to prepare our psyches for what this means for the modern Western Alliance.

Russia will not respect national borders and will breach NATO lines. A priori, we can assume that Ukraine will not be the final invasion Russia initiates and definitely not the last one within European borders.

Putin has already show eagerness to cross borders in order to execute cyber attacks, poison dissidents and journalists in the West. From Finland down to Poland and across even the Eurasian line to the Central Asian states, nearly two dozen countries stand at risk of attack from Russia as Putin lives out his imperial dream.

Are our leaders prepared for this possible outcome? It does not look like they have strategies and capacities in place for the international effort that will be required to confront this Russian bear. Even if we stand aside while Putin makes his geopolitical land grabs, do western leaders really think he will stop after he has reestablished Russia’s 18th century borders? The likelihood that at this point, he will sit back and suddenly be prepared to engage in fruitful diplomacy and non-violent global governance is dangerously foolish.

Ukraine will not be able to stave off Russia for long. Russia aims to take back its imperial borders and will only become more emboldened with each win. The US, NATO, Europe, and allies will need to send physical support to help Ukraine.

The sooner we accept this reality, the better able we will be to face the long-term threat that Putin is only beginning to unfurl.

Putin took the decision to invade Ukraine knowing there would be no turning back, and yet he did it anyway. If Russia somehow fails in this endeavour, he knows there will be no return to the status quo post-Cold War relationship between Russia and the rest of the world. He has nothing to lose. And what is more dangerous in this world than a man with nothing to lose?

Sooner or later, the world will have to confront this Russian bear. Facing it now will be a much more manageable foe. While our leaders have been understandably hesitant to antagonise Putin by inducting Ukraine into NATO, is there anything left to antagonise?

On the other hand, we cannot discount that such action will not drive an already unstable Putin to nuclear war – which he flippantly entertained when speaking with President Macron only weeks ago.

Boots on the ground

What the US, EU, NATO and even greater allies in the Global South should do is send substantial military support, and this includes our highly skilled soldiers. At the moment, however, most countries do not have the domestic support to take such, particularly after the disastrous international evacuation of Afghanistan.

Putin knows this and the timing of this invasion is not insignificant. Putin is banking on western leaders having their hands tied because how unpopular the idea of boots on the ground will be to their domestic populations.

We can outsmart Putin by being prepared to take this action. The only reason Putin is as bold as he is at the moment is because of the chaos, anarchy and disconnect created by Donald Trump, Brexit and the rest of the populist-nationalist-absurdist movements that have arisen in recent years that divide, isolate and weaken western powers.

These divides not only exist between democratic countries, but also within them. Domestic populations need to realise this threat.

If ever there was a time for a rally around the flag moment, it is now. If we remain polarised, Russia is sure to take Ukraine, and really anything else it wants to take, while we continue to scream at each other about public health measures.

Anntiana Sabeti is a PhD candidate in international relations at Arizona State University's School of Politics and Global Studies.