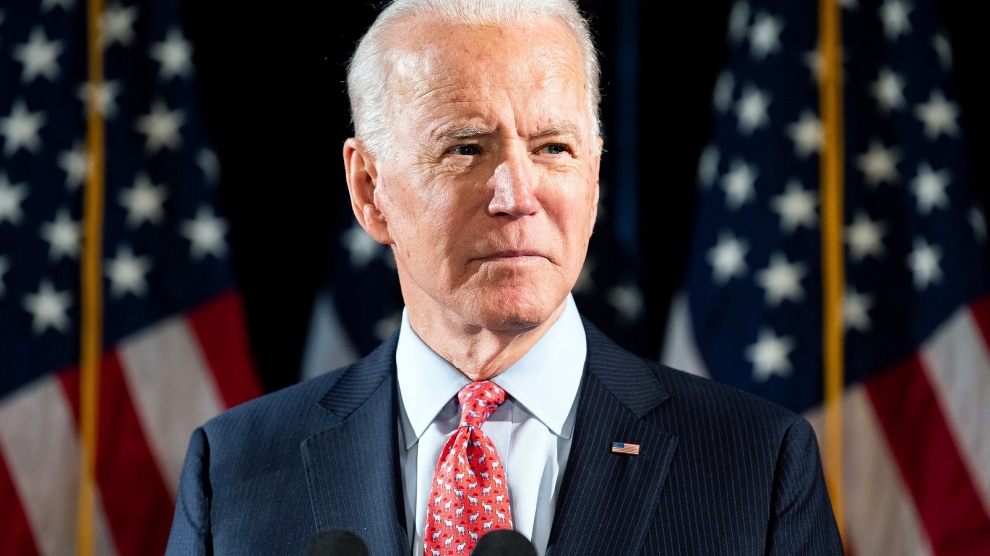 The world can look forward to four years of measured, hands-on diplomacy.

I encountered Senator Joe Biden for the first time at a Senate Foreign Relations Committee hearing in the Russell Building in 2007. Ever since, I thought of Biden as the classical foreign policy Democrat – resounding, multi-region, global American presence and engagement, combined with very limited military intervention.

With Biden at the helm, the US is getting a seasoned, knowledgeable foreign policy decision-maker who knows the ropes and the full range of US foreign policy instruments inside out.

I remember Biden from that 2007 Senate hearing, discussing whether the US should establish its Africa military presence in the form of an AFRICOM base in Djibouti. Biden was the Senate Foreign Relations Tsar at the time as one of the most measured, yet most informed senators sitting on the Committee.

I remember that Biden’s main question and concern back then was whether local Africans would accept that new form of American military presence. Biden did not think of local partners’ views as irrelevant. He got it back then and this will be a principle that will inform his foreign policy towards the world over the next four years.

Biden won’t be as unconcerned as Trump of the impression he leaves among partners and players abroad. In the new Biden era, the attitude towards international partners will not be the Trumpian “once we have our way with you, we’ll throw you to the wolves”, as I have previously argued at length – also in the New York Times and Euronews.

As a seasoned foreign policy guy, Biden knows that credibility matters in foreign relations, as he has seen American allies come and go over four decades, based, in large part, on how they are treated, and depending on how well the United States keeps its promises. Biden gets it.

In the run up to securing the Democratic nomination earlier this year, Biden was often criticised for not having lead any major foreign policy accomplishment. He didn’t have to have that because that’s not what the handful of US Senators truly knowledgeable of US foreign policy do. Biden has seen it all – he was simply not in the leadership seat until now to be signing, negotiating or pioneering agreements, deals or doctrines under his own name. That is about to change.

Biden was my top choice as the Democratic contender for president long before it was cool – even after the Hunter Biden impeachment saga a year ago, even when many had written him off this spring when everything was pointing towards Bernie Sanders as the likely Democratic nominee.

Many of these discussions were underestimating the man because they didn’t truly get what’s packed in that foreign relations experience.

A decades-long US foreign policy experience is something which will be a breath of fresh air against the background of a president who could not even get himself to read a regular foreign policy memo if it didn’t have pictures. Or if it wasn’t summarised in a four-word catch phrase on Fox News.

Trump could not handle regular, serious briefings of the type that the president of the United States should have been receiving in order to make informed foreign policy choices going beyond answering the simple question: “Why on earth is the US government doing this?”.

To say that Biden will get the US back on the climate change train or that he will be seeking to reinforce the Iran deal all over again would be stating the obvious. What is less certain is the Biden administration’s policy towards Eastern Europe – what many in countries such as Bulgaria are left wondering about, as Trump draws to a close.

Eastern Europe is not a Democrats’ region. It has been the domain of Republican interest in the modern age of US foreign policy where the competition with Russia in the energy market was always going to be the top item on the agenda.

A Biden administration is more likely to return to traditional European NATO allies such as Germany and France and will certainly fawn less over Poland and Hungary, which was Trump’s playground over the past four years .

Biden will be less of a NATO-spending bully. You will not hear him berate Merkel and Macron just for sport at the next NATO Summit in 2021.

That does not mean that Europe or Eastern Europe will go back to the pre-Trump, romantic era of the tale of the closest allies. The world has moved on. The US pivot to Asia was underway way before Trump even had the intention of running for president.

Europe might think of the US as its best friend, but the US has certainly moved on. Eastern Europe will again find itself not a priority region for the Biden administration and this is fine. US interests in the area, such as promoting the demand for American liquefied natural gas, will remain. This is a bi-partisan issue. So is the opposition to Nord Stream 2.

Biden’s entry will be felt by Russia and Turkey alike, as the US is about to return in the geopolitical conversation spreading across hot spots such as Libya, the Greek-Turkish frictions, or the Middle East. Eastern European countries such as Bulgaria, however, will find it increasingly hard to get Biden’s attention. Bulgaria’s increased defense spending trick – which worked with Trump – will not impress Biden. Biden will be looking at other issues of cooperation.

US foreign policy will be less bullish, disrespectful and scandalous in form and style. It will also drift away from an agenda based on personal favours, so typical for the Trump days. But that does not mean that Eastern Europe will be satisfied.

As a classic foreign policy Democrat, Biden is about to reestablish American leadership in the key geostrategic hotspots and will get the US back onto the big geopolitical questions on the agenda. And in comparison to Middle East or Mediterranean geostrategic priorities, I am just not sure that Ukraine will be among these questions– let alone other Eastern European countries.

The world can get ready for four years of measured, multi-region, heavy-presence, hands-on diplomacy, classical US foreign policy with no major surprises or military ambitions.