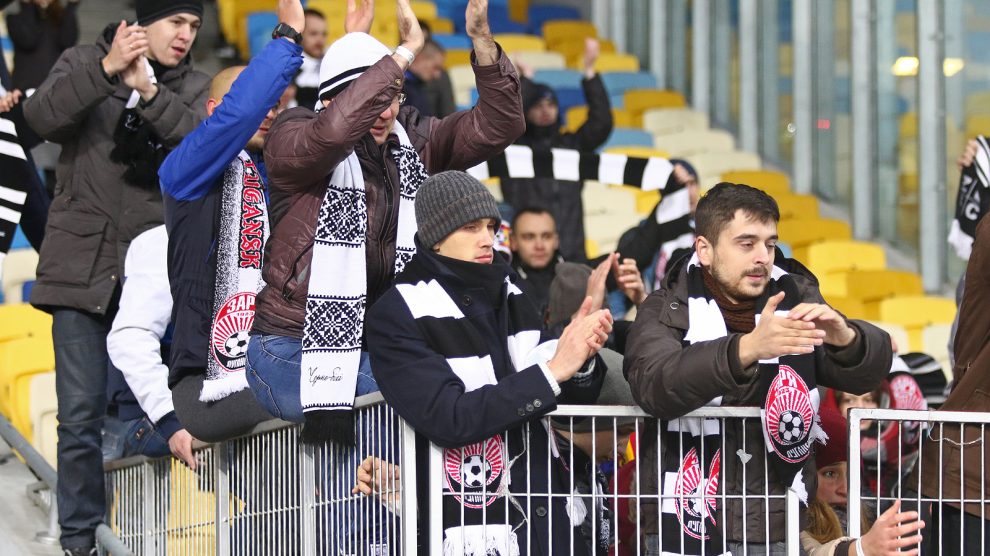 Ukraine’s football clubs are doing all they can to be more Ukrainian. Except one.

Russia’s expanded invasion of Ukraine in February of 2022 brought an unprecedented wave of Ukrainisation across all of Ukrainian football.

Clubs and football figures in Ukraine have been gradually reverting, moving to reduce the use of the Russian language in their clubs because it represents the invading oppressor, as noted by one Shakhtar Donetsk player. However, there is one lone holdout to the Ukrainisation wave, and that is Zorya Luhansk.

To underscore the importance of this Ukrainisation, it is important to understand the history of Russia’s oppression. For hundreds of years, Ukraine long struggled for its right to exist as an independent state. At the centre of this struggle was the Ukrainian language. It was oppressed and marginalised for hundreds of years by the Russian and Soviet empires.

Stalin starved millions of Ukrainians to death in the 1930s to destroy the Ukrainian people and their will to be free. This became known as the Holodomor, “death by hunger”. Stalin didn’t stop there, he felt parts of the Ukrainian alphabet were controversial and banned the Ukrainian letter “ґ” (pronounced “Ge”) and got rid of phonetic combinations such ль, льо, ля, to try and make the language similar to Russian. The Ukrainian language was prohibited over 130 times in 400 years.

Therefore, no matter how small of an effort, the promotion of Ukraine’s language is crucial to the existence of Ukraine’s modern state and the survival of its people. Even today, Russia’s invading army in Ukraine burns Ukrainian history books, destroys archives that show Soviet repression, and are forcing teachers to adopt a Russian-language curriculum.

The massive shift towards use of the Ukrainian language has been voluntary but long overdue in the country’s central and eastern regions, given that Russia has been waging a war against Ukraine since 2014.

Unfortunately, it took a full-scale invasion for many to realise that Putin has long linked his imperial aggression and ambitions to that of protecting Russian speakers. But, it is better now than never for Ukrainians to realise the importance of preserving their national identity by speaking Ukrainian.

A good indicator of this Ukrainisation wave came from Shakhtar’s Artem Bondarenko, stating in April of 2022, “I have decided to start speaking in Ukrainian. I may make mistakes but it will be in Ukrainian. It is shameful for me to speak the language of the people that are destroying our nation.”

Vorskla Poltava manager Viktor Skrypnyk, who has always spoken Russian, gave his first post-match press conference exclusively in Ukrainian in November of 2022. The list of players and coaches who have made symbolic moves by speaking Ukrainian – even if it is difficult for them – is long.

Even regions heavily populated by Russian speakers have been undergoing de-Russification. Chornomorets Stadium in Odesa has undergone renovation. Seats that spelled out the Russian language spelling of the club’s name have been removed. It went from Chernomorets (Черноморец) to Chornomorets (Чорноморець).

These are small but hugely important symbolic steps towards the promotion of the Ukrainian language and identity.

Given that even Russian-speaking regions have been making changes like these, it raises more questions why Zorya Luhansk — one of Ukraine’s oldest teams — has its club logo still written in Russian as “Zarya.”

Not only is it spelt “Заря” instead of “Зоря”, but it also has the Russian spelling “Луганск” instead of the Ukrainian “Луганськ.” Zorya Luhansk is the only Ukrainian club that does not have a Ukrainian language variant of the crest officially associated with the club.

FC Kryvbas Kryvyi Rih has even called out Zorya Luhansk multiple times on social media for its refusal to use the Ukrainian language on its crest. Kryvyi Rih is the hometown of Ukrainian President Volodymyr Zelensky and the city of Kryvyi Rih is close to the frontlines.

The controversy started over Zorya Luhansk using an older logo from Kryvbas in a game. FC Kryvbas followed up with an official club statement via their social media channels calling on Zorya Luhansk to change their logo to one that made use of Ukrainian spelling.

Time to bury the Russian legacy

To understand why Zorya is slow to partake in the Ukrainisation movement it is worth examining who runs the club. At present, Zorya’s owner is Yevhen Heller, who is from Donetsk himself and a former member of the Party of Regions. This was the party that was aligned with Russia before the Revolution of Dignity in 2014 and was notorious for being corrupt, which led to it being disbanded.

However, Zorya’s former general director Serhiy Rafailov, who once stated, “Manchester is a dirty city, full of drunks and men kissing in the street”, spends his time repeating Russian propaganda in Facebook comments.

Rumour has it that he fled to Russia. Rafailov showed himself to be a Russophile, who disliked the Western world and the concept of an independent Ukraine.

The internet has already crowdsourced numerous designs that improve the logo of Zorya. All that is needed is action from the club’s owners.

From a business standpoint, it would be logical to ditch the Russian language and embrace Ukrainian to better market the club and show a forward-looking mentality. Ukraine in a European world is the future, and both the Russian and Soviet legacies needs to remain buried.

As we fast approach the end of the first year of Russia’s expanded invasion, the leadership of Ukraine’s footballing association should consider passing down rules that will push clubs to de-Russify any remnants of Russian colonialism.

David Kirichenko is a freelance journalist covering Eastern Europe and an editor at Euromaidan Press. He tweets at @DVKirichenko.

Where are the Russian protests against the invasion of Ukraine?
Russia’s strikes against Ukraine’s energy sector will not bring it victory
Comment