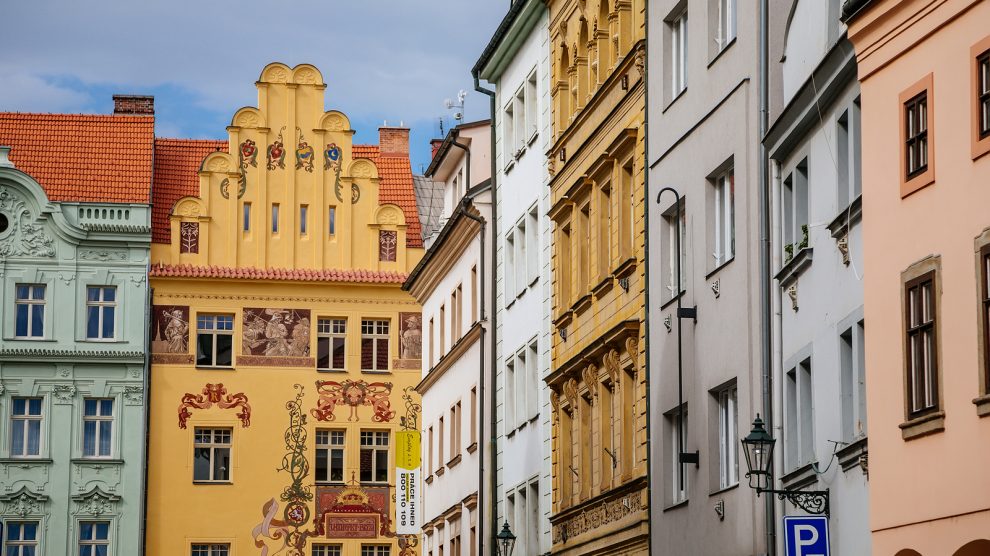 Controversial Czech economist and commentator Tomáš Sedláček recently proposed that Czechia should be renamed Bohemia. Many Czechs are far from happy with the suggestion.

The Velvet Divorce of 1993 created two countries out of what had hitherto been known as Czechoslovakia: the Czech Republic and Slovakia.

In 2016 the state caught up with public opinion, changing the official short form of its name to Czechia, claiming that it was easier on the tongue and would make the country’s companies and sports teams more recognisable.

Since then, the two have often been used interchangeably, and many media organisations – not to mention Czech government agencies – have continued to use Czech Republic.

“The official names of countries, both geographical (such as France) and political (such as the French Republic) are standardised, similar to their flags or coats of arms,” Pavel Krejčí, a professor at the department of Slavonic Studies at Masaryk University in Brno, tells Emerging Europe.

“This was also the case with the Czech Republic. Therefore the name Czechia, as well as the political (or long) name Czech Republic are now standardised in relevant official domestic and international institution, such as the European Union and the United Nations,” adds Krejčí, explaining why both ‘Czechia’ and ‘the Czech Republic’ remain in official use.

Now, economist Tomáš Sedláček has suggested that the country’s name warrants yet another change.

Bohemia, the name of one of three historical regions of the modern state, is highly recognisable internationally and should thus be adopted as the country’s official name, argued Sedláček in a recent opinion piece for the Czech publication Hospodářské noviny.

“Sedláček is a well-known economist and I assume his arguments are based on the marketing potential of the name Bohemia and its perceived better recognition abroad,” Michal Semian, a geography expert at the Charles University in Prague, tells Emerging Europe.

“Bohemia… a name that not only sounds beautiful but means something, describes us. Being a Bohemian is a life attitude, slightly exuberant, enjoying life artistically. What other nations would give for that? I’m from Bohemia, a God-blessed land, I’m a Bohemian,” wrote Sedláček.

Despite Sedláček’s seemingly convincing argument about Bohemia’s well-established international brand, Semian, alongside a number of Czech experts and other locals, find his proposition to be dubious at the very least.

“In the past, our country had three administrative regions: Bohemia (Čechy), Moravia (Morava), and Silesia (Slezsko). These identities still possess very strong images, therefore the usage of one of these names for the whole country is inappropriate,” he asserts.

Přemysl Mácha of the Institute of Ethnology at the Czech Academy of Sciences says that using the term Bohemia to refer to the whole country would not be historically accurate, while also suggesting that such a drastic name change could be problematic at a domestic level.

“Tomáš Sedláček is a provocative writer, and I can understand why he may perhaps emphasise the different connotations of Bohemia to promote such a name change but, in my opinion, it would be both etymologically incorrect and politically untenable,” he tells Emerging Europe.

“Sedláček was born in Bohemia, and he perhaps misidentifies his historic land with the entire country. Such proposals would only reinforce the opinion that Bohemians are just arrogantly ignoring other identities and historic traditions,” Mácha adds.

The scholar further points out that the issue is further complicated because in the Czech language, “Čech” means both a person from the region of Bohemia and from the country of Czechia.

“It is hard enough for many Moravians and Silesian to accept Czechia or the Czech Republic as the name of the country, let alone Bohemia,” he adds.

It is thus not difficult to see why the reactions of many residents of Moravia and Silesia have been so passionate.

“As for the text of the economist Sedláček, I apologise for my frankness, but this is such nonsense that it is not possible for anyone to take his ‘suggestions’ seriously,” argues Krejčí.

“I do not know if Mr Sedláček is a good economist, but his nonsense about the country’s name is really worthless. If anyone wants to help the country, they should support the use of the name Czechia in English,” he says.

Jan Čulík, a Czech journalist and lecturer at the University of Glasgow’s Slavonic Studies department also rejects the idea of renaming the country, arguing that the issue is somewhat marginal.

“I think that these constant attempts to rename the Czech Republic are quite irrelevant,” he says.

“It was silly, I think, the other year for President [Miloš] Zeman to suggest the name Czechia, it is silly now for Sedláček to want to change it to Bohemia,” Čulík adds.

Proponents of Sedláček’s idea have argued that ‘Czechia’ sounds too much like ‘Chechnya’, pointing to the fact that in the aftermath of the Boston bombing of 2013, carried out by two Chechen terrorists, the Czech Foreign Ministry had to release a statement explaining that, “the Czech Republic and Chechnya are two very different entities – the Czech Republic is a Central European country; Chechnya is a part of the Russian Federation.”

Čulík says that he has had similar experiences with foreigners being confused by his country’s name.

“Many people throughout the world do not even know where the Czech Republic lies – they still call it Czechoslovakia or confuse it with ‘Yugoslavia’. In these circumstances, I do not think it is advisable to destabilise the name further.”

“It would instead be much better if the Czechs worked on developing a good reputation for their country, taking initiative in the sphere of global warming and human rights, and helping refugees,” argues Čulík.

Přemysl Mácha reaffirms this assertion, stating, “I do not think such a change is realistic or that it would benefit the country in any meaningful way.”

“The image of the country is created by the actions of politicians and people with great visibility in business, sports, and culture. They give the name its meaning in the eyes of the international audience. Unfortunately, our current political representation is not doing a good job in this respect,” he says.

“Unfortunately, the opposite is taking place – Czech PM [Andrej] Babiš is aligning himself with the authoritarians ruling Poland and Hungary in the Visegrád 4 group, setting us against the bulk of the European Union. To combat global warming, he wants to use gas and nuclear power. These issues I think are maybe more important than the name of the country,” concludes Čulík.