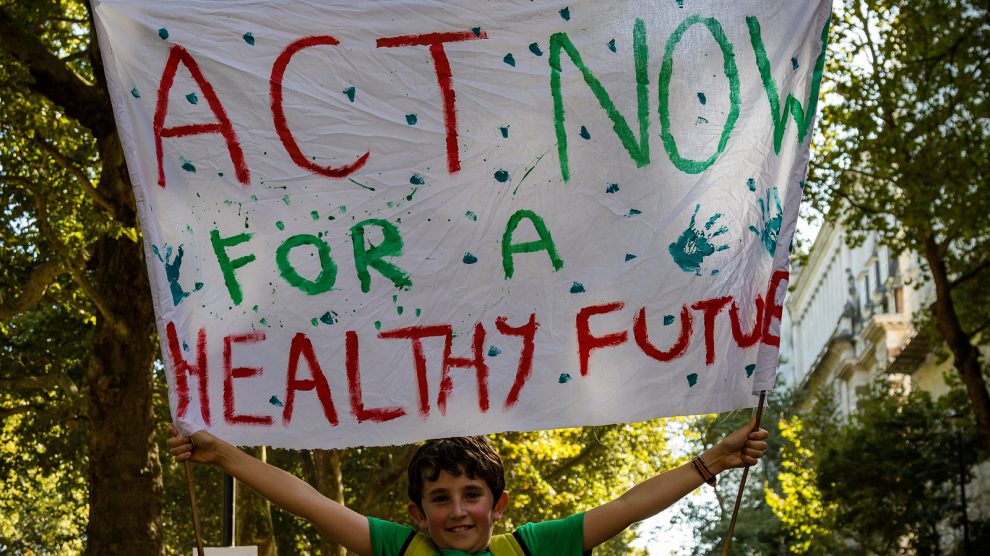 In most western parliamentary democracies parties organised around environmental ideas play a significant role in domestic politics. In Germany, the Greens are likely to part of the ruling coalition by the end of September. But what about Green parties in Central and Eastern Europe?.

Green parties around the word are expected not just to bring environmental concerns to the forefront of political debate, but also issues related to workers’ and minorities’ rights.

Arguably, these are ideas that urgently need to be spread throughout much of Central and Eastern Europe.

“We are focused on the challenges of climate change and the environment. Increasing extreme weather events, large-scale pollution and growing public outrage over deforestation show that Lithuania needs and welcomes a stronger green policy,” Šarūnė Dargytė-Kregždė, a spokesperson for the Lithuanian Green party (Lietuvos Žaliųjų Partija; LŽP), tells Emerging Europe.

Nonetheless, Dargytė-Kregždė explains that the party faces a significant challenge in improving the reputation of Lithuania’s Greens, after the unsuccessful spell in office of a party with a similar name.

“For the last five years, we have had quite a difficult political situation in Lithuania, as there are two political parties with similar names in our country: the Lithuanian Green party (us) and the Lithuanian Farmers and Greens Union (separate and not related to us). The latter was part of the government four years ago, but significantly disappointed voters interested in the environment,” she says.

She argues that the Union is currently experiencing internal disagreements which have further led to its influence being diminished.

“Therefore, we hope that we will succeed in rehabilitating the name of the Greens and place real green politics on the Lithuanian political agenda,” asserts Dargytė-Kregždė, adding that, “in order to cover the full complexity of green ideology, our party reinforces its agenda by emphasising green economic transition, social justice, and protection of human rights.”

While the Lithuanian Green party is optimistically asserting itself in the domestic political arena, the Czech Green party (Strana zelených) is already well represented on a national level, according to the party’s co-chair Michal Berg.

“Czech Greens are represented in local and regional councils with more than 200 councillors, and we have several mayors and deputy mayors,” he tells Emerging Europe, adding that, “municipalities play a key role in Czech politics and can promote sustainable solutions.”

The Czech Greens are also represented in the upper chamber of parliament, the Senate, but as Berg admits, the Senate’s influence is small.

When it comes to national politics, the party is now competing for its traditional electorate of young and urban voters with Czech Pirate party, usually known just as the Pirates. A liberal and progressive grassroots movement, the Pirates became the third largest party in the Czech parliament in 2017, and is again expecting to do well in this year’s legislative elections, set for October.

According to Berg, “the Pirates have a rather mild stance on many important green issues, be it climate, nuclear energy, sustainable mobility, or on gender equality, women’s participation, or social issues. This is an opportunity for Czech greens to be more vocal on these issues and push a progressive agenda forwards.”

“Elections this October will answer the question as to whether or not there will be a need (or opportunity) for more consolidation and cooperation on the left and progressive side of the political spectrum (for example with progressive social democrats), or if the Greens should grow their agenda independently with the aim of strengthening our presence in municipalities, where local election are due next year,” Berg says.

Greens in name only

Slovenia’s Green party, whose official name is the Youth Party – European Greens (Stranka mladih – Zeleni Evrope; SMS-Zeleni), is hoping to expand its influence at the next Slovenian parliamentary election, due in June 2022.

“We are not in parliament at the moment, but we hope that the green voice will be heard after the elections next year, as we are already seriously discussing joint participation in the elections, following the example of some other green parties in the region,” Igor Jurišič, president of SMS-Zeleni, tells Emerging Europe.

“Unfortunately, issues related to the environment do not come to the fore during elections, so we do not see the possibility of success without integration [with other parties],” Jurišič argues.

“Slovenia is an extremely polarised country. We have the charismatic right-wing leader Janez Janša, whose great political ally is the Hungarian Prime Minister Viktor Orbán. Of course, in our party we do not support his views and policies, especially towards refugees, foreigners, people with a different sexual orientation and the like,” he adds.

Similar to Lithuania, SMS-Zeleni is struggling to differentiate itself from Green parties which have adapted to the political climate in the country by adopting conservative ideas.

In March, Slovenia’s government proposed legislation that would have allowed the construction of industrial facilities and private buildings on the banks of rivers and lakes. Environmentalists – including Jurišič’s party – were appalled, and called for a nationwide referendum on the issue.

The Greens of Slovenia were not among them: “just about the only political group not in the ruling coalition who weren’t,” says Jurišič. In June, a referendum was duly held however, and the proposals struck down.

Jurišič also points to the newly established Green Actions party, led by a former Slovenian minister of the environment, Jure Leben. According to Jurišič, Leben is best known for pretending to have a master’s degree in science, as well a public affair with a model who was later given a senior governmental position.

In Bulgaria, the position of the Green Movement (Zeleno Dvizhenie) is – like much of the country’s politics – unclear.

“Before 2017 we never received more than one per cent of the vote. However, there has been some growth since joining the coalition,” party representative Nikola Yordanov tells Emerging Europe.

The Green Movement is currently part of the Democratic Bulgaria grouping, which received its highest ever vote share – 12.5 per cent – in July’s snap parliamentary election, which proved inconclusive. Support is increasing, and now stands at around 16 per cent with another election set for November.

The Green Movement is the only political force in the country to have publicly supported Pride Month and Sofia Pride this year, at a time of heightened political competition when every other party has been reluctant to take a stance on any issue that can cause even the slightest of controversy.

It has also proven to be a highly effective campaigner – even without parliamentary representation. Green Movement activists played a leading role in the campaign to preserve Bulgaria’s Pirin National Park from development between 2018 and 2020.

“We are trying to catch up with Western Europe by bringing certain topics related to the environment and society to the forefront, but these do not seem relevant or attractive to segments of the population here,” Yordanov says.

But a Green Movement spokesperson, Hristo Almadzhiev, tells Emerging Europe that the party has ambitions to change this.

“Bulgarians are known for our love of and pride in our nature, but when it comes to politics, the topic remains in the background. The Green Movement wants to make sure that society will concentrate more on environmental preservation.”