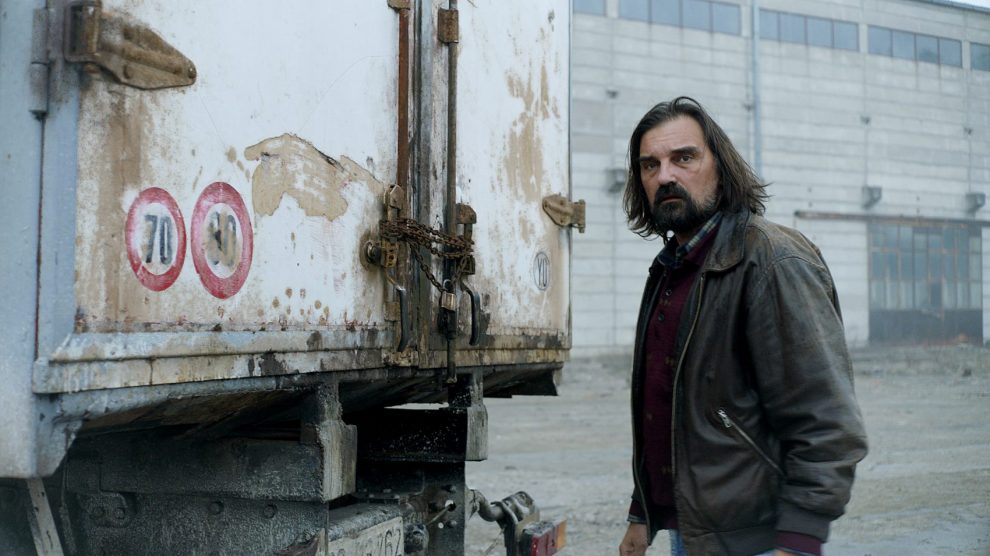 Ognjen Glavonić’s The Load invites its audience to reflect on the banality of evil and their own roles in perpetuating injustice and intolerance.

Before Ognjen Glavonić’s 2018 film The Load was even released, it was dogged by criticism. It was “anti-Serbian” and “pro-Albanian”, complained some.

Such charges against artists who dare to tackle controversial subjects are not uncommon in the Western Balkans. And Glavonić chose a big one, the mass graves discovered in the Belgrade suburb of Batajnica where Albanian civilians killed during the Kosovo War were buried, most after being incinerated.

Bodies of murdered civilians were transported by trucks from Kosovo to Belgrade. And since the findings were made public in 2001, after the fall of Slobodan Milošević’s regime, immediately there were those who denied that the war crime had even happened.

One of the Serbian police unions, the Syndicate of Police Employees, appealed to the government and to President Aleksandar Vučić to pull the film from the programme of the Cannes Film Festival. Notably, their statement used such phrasing as “alleged and invented trucks.” The Load ended up not winning a prize at Cannes, but the controversy roared on.

An event many would pretend never happened

For Glavnonić, The Load was not the first time he had tackled this heavy subject. As a documentary filmmaker he made Depth Two, a critically-acclaimed work that used images and spoken testimony to shed light on an event many would rather pretend never happened.

The Load, Glavnonić’s feature-film debut, stars Croatian actor Leon Lučev as Vlada, a driver of one of the trucks that transported the dead bodies to Batajnica. It’s with Vlada that the audience spends most of the running time of the film.

An atmosphere of quiet foreboding envelops the entire film and the audience, as Vlada is somewhat unsure of what is actually in the truck, and he’s been given papers that prevent the police from looking inside.

In fact, the film’s commitment to not featuring any scenes of violence or blood goes so far that a viewer unfamiliar with the historical basis for the plot may not even realise what “the load” is until the very end.

Glavonić understands that the horror of piles of bodies crammed into a truck could not be done justice with literal and figurative representation, so he leaves it in the realm of ideas and the psychological. The load is both material and cognitive.

As Vlada makes his way from Kosovo to Belgrade, a series of vignettes bring the viewers into the strange and off-putting terrain of Serbia during the Kosovo War and the NATO bombing campaign.

Having to take a detour because of a collapsed bridge, he meets a group of stranded motorists on the river bank. He buys a bundle of loose cigarettes for ten dinars (which then would have been just under two Deutsche Marks).

He picks up a young hitchhiker, Paja, who wants to go to Belgrade. We never learn much about him, other than he’s in a rock band. The audience is left to wonder exactly where Paja comes from and what he’s running away from with only blink-and-you-miss-it intimations of what could be actually going on.

Perhaps because Glavonić had made documentaries before, there is a slight detachment in the The Load. It’s a show-don’t-tell experience. Light on dialogue and even lighter on plot, like Vlada, the viewers trudge along from one place to the next, with the titular load weighing more heavily as time goes on.

There is minimal context for anything that happens in the film, with the cinematography taking an almost cinéma vérité approach to events. This commitment to faithfully recreating the times and the atmosphere runs through the entire movie.

For those who actually lived through the late 1990s many scenes will ring true and familiar. A wedding in the local kafana with the bride dressed in a cheap polyester wedding dress. A can of deodorant being given as a gift (even the specific brand is era-appropriate). The tablecloths, the glasses, all are convincingly of the time and the place. The same is true of what little we see of Belgrade, darkened at night due to planes dropping bombs and infrastructure and buildings slowly crumbling under poverty and neglect.

Usually, at this point when writing about movies such as The Load, the prospective audience should be reassured that despite the heavy subject and the bleakness, the film still has moments of human warmth and even humour. It does, a couple, but that’s not the point. Thoroughly, and intentionally, The Load is an oppressive and unpleasant experience.

Unlike Angelina Jolie’s In the Land of Blood and Honey, there’s no love story to offset the horror. Unlike the recent Dara from Jasenovac, there are no stomach-churning scenes of wanton violence contrasted with one girl’s brave perseverance to bait the Oscar voters.

It’s just one man and his inner psychological turmoil as he comes to terms with his role in a crime too hideous to confront directly. The film’s final scene is no catharsis, no turnabout, no invective against the forces of evil. Having lost the capacity to pretend, Vlada steps into the truck, now empty, and begins taking photos.

Sadly, The Load never received a wide release internationally or on streaming platforms and is currently only available in some select regions on Apple TV and Amazon Prime Video. Those who can access it should see it (the rest of you should consider less official means of obtaining digital files).

There are no easy answers when it comes to bloody conflicts and war crimes, and the The Load isn’t interested in offering any. Instead, it invites everyone to reflect on the banality of evil and their own roles in perpetuating injustice and intolerance.

A stunning directorial debut for Glanović and an excellent turn for Leon Lučev as the taciturn but haunted Vlada, the film holds a 100 per cent “fresh” rating on Rotten Tomatoes, and for good reason.