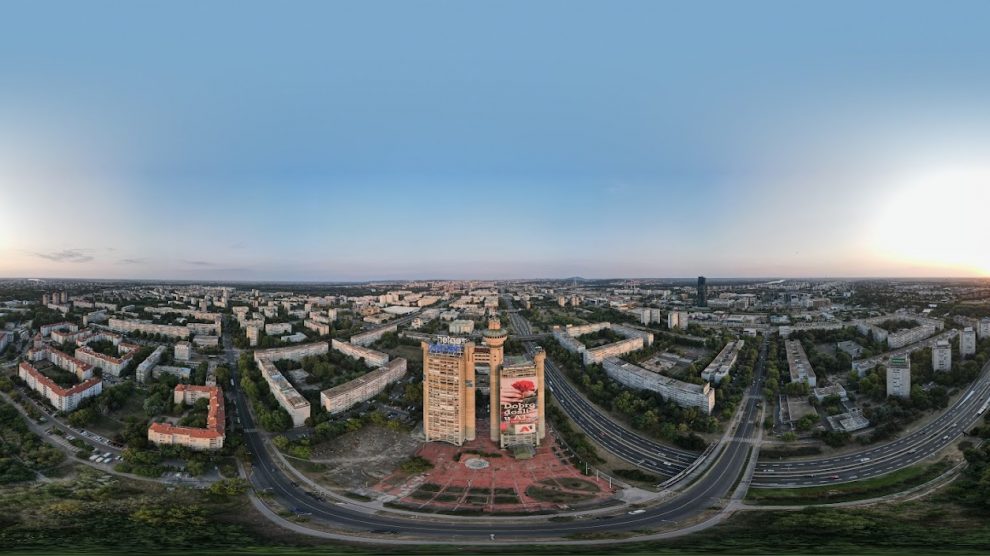 Often maligned, if not outright hated, socialist modernism and brutalist architecture is finding new appreciation with designers and the public alike. A new web-based project in Serbia is now cataloguing Belgrade’s brutalist heritage.

Even when it was new, socialist modernism and its close cousin brutalism, were never the most appreciated of architectural styles. The naked concrete and strange geometry of these usually large-scale buildings did not sit well with most people.

An association with the Soviet Union didn’t help, despite numerous examples of brutalist buildings also being built in the West.

In recent years however there has been a critical re-evaluation of brutalism and socialist modernism in general. What began as fascination with oddity, what fashion brands used in their promo material as a striking background, is now well-liked by many. And by few, even beloved.

In Serbia, like elsewhere, the remnants of the socialist era enjoy an ambivalent status. For many, the tenement blocks of New Belgrade are a testament to austerity and soullessness. But for others, they were – and still are — home.

One of those people is the Milan-based fashion designer Tatjana Ostojić, who has launched the Belgrade Socialist Modernism website, a project which aims to catalogue the examples of the style in the capital city.

“I drew inspiration for years that served as a mood board and design reference for me. I have loved the style for a long time and at one point I had the opportunity to really dedicate myself to it and to collect it all,” she tells Emerging Europe.

“Why not make an archive? There isn’t one for Belgrade’s architecture.”

Visitors to the site are treated to high-resolution pictures of both the well known landmarks such as the Avala TV Tower and the Western City Gate as well as lesser-known projects such as the terraced Block 44 or the residential tower designed by Rista Šеkеrinski whose shape earned it the nickname “Toblerone”.

“What inspires me is that I was surrounded by it my whole life and it was interesting that people not from New Belgrade didn’t really get it. On the other hand, to me, it was very beautiful,” Ostojić says.

While beauty may be in the eye of the beholder, attitudes toward the buildings themselves may be shifting. Even the Serbian government has recently declared the Western City Gate a protected heritage site. Whether or not that leads to any reconstruction of the horribly dilapidated facade and plaza remains to be seen.

“People are slowly accepting something that has been there for a long time, that they are living with, and they understand there is something beautiful about it. As we move away from the political moment so people are accepting the the beautiful parts of that aesthetic,” Ostojić adds.

And of course, as with anything that was new, there were always gong to be detractors. For brutalism, however, the path from that to acceptance and even appreciation has been especially long.

“For some it’s beautiful, for some it’s ugly. For me, it’s beautiful aesthetically because it has the simplicity and original geometry. Designers can find many interesting things there. I wanted to showcase that in a nicer way and show that it’s not so unacceptable and ugly,” Ostojić says.

For those that are ready to appreciate the unique geometry and beauty of an architectural style that can be hard to love, Belgrade Socialist Modernism offers a deep dive with striking images sourced from many talented photographers around the country.

All photos by limasnima, courtesy of Belgrade Socialist Modernism.