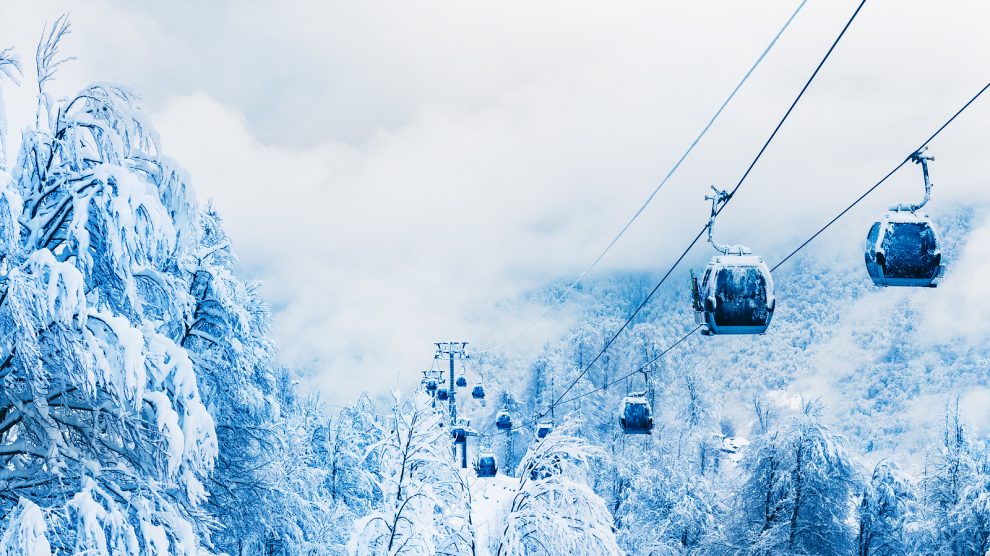 The 2014 Sochi Winter Olympics placed Russia – previously known for its harsh winters but not, ironically, for winter sports – on the radar of skiers across the world. A planned new resort close to Sochi wants to build on that success, while maintaining the highest environmental standards.

Russian tourism has long been dominated by its two largest cities: the capital Moscow and the imperial city of St Petersburg.

But Russia’s hosting of two major sporting events over the past few years – the Winter Olympics of 2014, held in Sochi, on the Black Sea, and the 2018 FIFA World Cup – introduced travelers to a much wider range of destinations, some of which had never really been thought of as potential tourist destinations, at least by visitors from outside of the country.

In a now famous piece of commentary during that World Cup, former Scottish international Ally McCoist, working for the BBC, waxed lyrical about the city of Kazan: its religion, architecture, history and culture.

“Kazan has come a long way since it fell to Ivan the Terrible in 1552,” said McCoist, who went on to describe the beauty of the city’s mosques and how amazed the people living there hundreds of years ago would have felt if they witnessed the development that has made it what it is today.

His input was far more interesting than the match on which he was commentating, a one-sided affair between Colombia and Poland, which ended 3-0 for the South Americans.

Sochi, and the impact of the Winter Olympics

And yet while the World Cup introduced outsiders like McCoist to a wider Russia previously off-the-beaten track, it is probably the Sochi Winter Olympics which have had a wider impact on Russian tourism, not least as it showcased the country as a winter sports destination.

Despite the fame of its harsh winters, Russia had until Sochi not really been a destination that topped that many people’s lists for winter sports holidays.

Sochi changed all of that, as the development of the winter sports infrastructure in the surrounding region prior to the Olympic Games created a genuinely world class string of resorts, all of which afford a unique opportunity to get closer to nature while enjoying modern luxuries.

Passenger traffic at the renovated Sochi Airport has been steadily growing: in 2014 the airport served 3.1 million passengers, a number which more than doubled by 2019, when 6.5 million passed through its terminals.

“The new ski infrastructure, the number and variety of ski slopes did their job: the resorts began to grow rapidly,” says Grigory Kiselev, head of Russia’s Centre for Political Research and Technology. “Now we have three resorts of international level, which can compete with European counterparts.”

Furthermore, development of the picturesque mountains surrounding Sochi – one of the most pristine parts of the Russian south, where there is not a single Starbucks or a fast-food chain outfit for miles to come – did not end with the Olympics; so often the case in other host cities.

Now, seven years on from the games, construction of a new resort called Dolina Vasta has just been announced, one which will cater to both winter and summer tourists.

What’s more, as it will be constructed in a national park, every effort is being made to ensure that the natural environment is preserved and protected, launching what its developers hope will be a new wave of eco-friendly tourism in Russia.

Dolina Vasta is located just 40 minutes from Sochi Airport by a modern high-speed train, and is being developed by Russian state development corporation VEB.RF, Interros, a private investment company headed by billionaire Vladimir Potanin, and Vasta Discovery, a development group.

The project envisages the development of a balneology centre with a sanatorium, a rehabilitation retreat, spa hotels and hydro-treatment facilities, as well as a ski centre with several lifts and pistes, whose length will reach over 30 kilometers.

Interros, the main investor and one of Russia’s oldest private investment companies, is putting around 40 billion rubles into the project (just over half a billion dollars). According to experts, the final cost of the project may reach up to one billion US dollars. Vladimir Potanin’s company will act as the anchor investor and will mobilise additional financing. The state development corporation VEB.RF will conduct a feasibility study and provide syndicated project financing.

It is hoped that Dolina Vasta may become Russia’s national standard for resorts in the proximity of national parks or other protected territories.

Building on the success of Rosa Khutor

The new project is based on the success of the Rosa Khutor resort, developed by Interros, which was the anchor site of the 2014 Winter Olympis. It is expected that the creation of Dolina Vasta will stimulate the development of small and medium-sized businesses in the region, lead to the creation of about 4,000 new jobs in the area and partially relieve the Rosa Khutor resort, which has been operating at full capacity in recent years.

Rosa Khutor was also constructed within the vicinity of the same national park, and during its construction the World Wildlife Fund participated in the project and helped the designers to developed a programme to save the rare Caucasian leopard, which became nearly extinct during the Soviet era.

Dolina Vasta will have the capacity of up to 1.5 million visitors a year – a significant number for Russia’s mountain resorts. Given the size of both the internal market and the interest in Russia as a winter holiday destination that the 2014 games generated, its ambition looks justified.

According to Zarina Doguzova, the head of Rostourism, Russia’s federal tourism agency, interest in destinations that care for the environment is growing fast among Russian consumers, “about 25-30 per cent per year,” she says. “A huge number of young people are prepared to go into nature and even prefer this type of tourism to more popular beach vacations.”

“For us, the participants in the Russian tourism business, it is absolutely clear that the process of developing tourism infrastructure in our country…should be accompanied by a set of measures to minimise the negative impact on the natural ecosystems.”

For a world in which travel will be much changed post-Covid-19, with travelers likely to take fewer holidays and show far greater concern for the environmental impact of their trips, the timing of Dolina Vasta’s development looks perfect.

Hooky Street, Belgrade: How Only Fools and Horses conquered the Western Balkans
Why Cold War Conversations is one of the world’s hottest podcasts
Comment