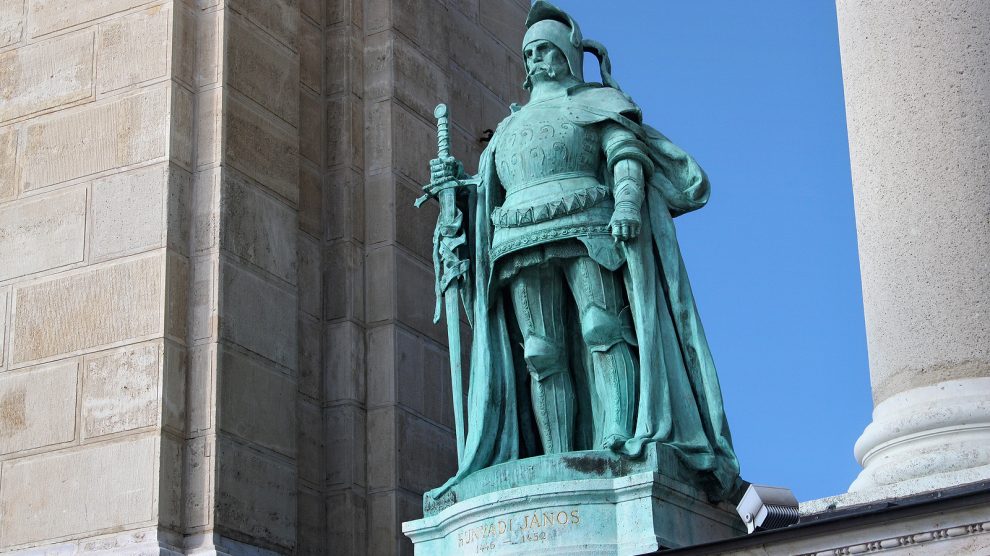 Hungary is about to produce its most expensive TV show yet, with a budget around 30 million euros. Rise of the Raven chronicles the life of John Hunyadi during the 15th century Siege of Belgrade, and is currently in pre-production with casting underway.

Planned for a limited, ten-episode run, Rise of the Raven is produced by Robert Lantos, the Budapest-born Canadian film producer whose credits include Crash, Sunshine, and Eastern Promises.

“Making six movies so far in Hungary was an important part of my career. Still, the Hunyadi series will be a real premiere, as for the first time I will shoot a real Hungarian story with Hungarian actors in Hungarian,” says Lantos.

The Hungarian government is reportedly contributing 19.3 million euros to the production, while a further 10.1 million euros is being provided by the National Film Institute, making the total budget 29.4 million euros, the biggest ever for a TV show in Hungary.

Beta Films is handling the international distribution and is, according to the film industry press, already in talks with leading European broadcasters.

The ambitious production will follow the life of John Hunyadi, a major figure in the political and military life on Central and Eastern Europe during the 15th century, with a focus on the Siege of Belgrade.

Hunyadi, who according to historical sources came from a noble family of Wallachian ancestry, was eventually appointed Voivode of Transylvania and headed several southern counties of the Kingdom of Hungary.

One of the most important historical figures of the Middle Ages

In June 1456, the Ottoman Sultan Mehmed the Conqueror rallied his troops to the town of Belgrade (or Nándorfehérvár, as it was known in Hungarian at the time) with the goal of subjugating the Kingdom of Hungary.

Eventually, the siege turned into a major battle during which the Hungarian forces, led by Hunyadi, bested the Ottomans. The outcome was significant, as the victory stabilised the southern border of the Kingdom of Hungary for more than fifty years while delaying the Ottoman conquering of Europe.

Due to this victory, John Hunyadi (also known as János in Hungarian and Sibinjanin Janko in Serbian) ascended to the status of folk hero to the people of the region, and remains a popular historical figure in Hungary and Serbia to this day.

“The siege of Nándorfehérvár was of great significance in the Middle Ages, determining the fate of our continent for decades. Today, in the age of popular series, we can bring this glorious story to audiences around the world as a spectacular experience. The crew – made up of international filmmakers – will shoot the series in Central European locations and it will surpass the scale of any Hungarian production so far,” says Csaba Káel, the head of the National Film Institute of Hungary.

A return to Hungary for two creatives

A series that would tell Hunyadi’s story on the TV screen has been a long time coming, according to Lantos, and will be based on the popular historical fiction novels about Hunyadi by Hungarian writer Bán Mór.

“For the past ten years, I have been working with my creative partners to adapt Bán Mór’s extraordinarily powerful 10-volume historic fiction for the screen,” he says.

For the key job of show-runner, the producers have chosen George Mihalka, another Hungarian-born Canadian award-winning filmmaker, best known for the 1981 slasher My Bloody Valentine.

His TV credits include NBC’s The Firm, TNT’s Transporter: The Series and Showtime’s Bullet to Beijing.

Mihalka has said that that he has dreamed of returning to Hungary and “working in his homeland and native language.”

According to Mihalka, the story of Hunyadi is universal in scope and theme.

“It is a saga of bravery, love, perseverance, the fight for freedom, and the eventual victory over forces that threatened not only his homeland but the rest of Europe,” Mihalka says.

With the series still in pre-production, no official release date has yet been given, but fans of both historical fiction and medieval-themed action such as Game of Thrones will have a lot to enjoy once the ambitious Rise of the Raven is finally released.

Sorry Romania, but I just don’t like țuică
Why do Eastern European and Central Asian oligarchs love London?
Comment