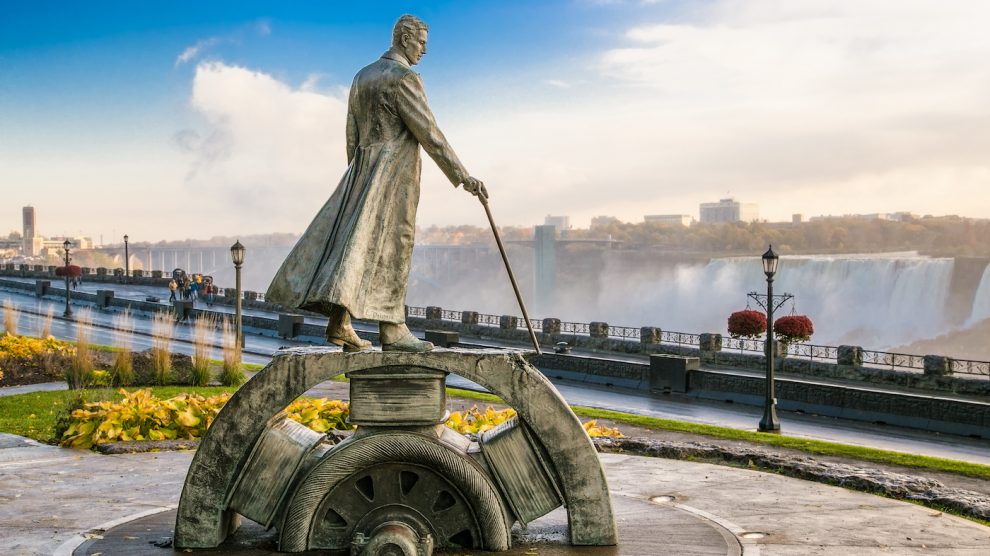 Croatia plans to put Tesla on its euro coins and enrages Serbia with the idea.

Croatia’s central bank said it would put Nikola Tesla on its future 50, 20 and 10-cent coins. The decision to feature the inventor and the pioneer of alternating current electricity on the coins came from an online poll in which Croatian citizens could vote for various designs. Tesla had won, beating out the traditional cravat, the Vukovar Water Tower and the Dalmatian dog.

Reactions from Serbia came hard and fast. The Serbian National Bank said the Croatian move is “usurping the cultural and scientific heritage of the Serbian people” and threatened that “appropriate actions within EU institutions will be taken” if the plan materialises.

The Croatian National Bank said that Serbia has no right to object, as that right is reserved only for EU member states.

Nikola Anušić, a historian and professor at the Zagreb Faculty of Philosophy, says that seeing the situation in terms of provocations and appropriation is “narrow-minded.” He points out that Tesla himself stresses both his belonging to the Serbian people and loyalty to his Croatian homeland.

“The Croatian decision to feature [on the euro coins] a distinguished member of the Serbian community in Croatia can be read as well-intentioned, as a message to Serbs in Croatia as an integral and historic part of Croatian society that the modern Croatian state doesn’t intend to renounce.”

Bruce Lee from the Balkans?

Croatia’s Deputy Prime Minister Boris Milošević — who, like Tesla, is an ethnic Serb — said he was “proud and happy” with the plan.

Croatian President Zoran Milanović, was a bit less even-handed when he made a provocative statement saying that “Tesla is connected to Serbia as much as Bruce Lee.”

“The statement can justifiably be seen as a provocation that is strengthening the mistrust of the Serbian public toward the Croatian initiative,” says Anušić. “Therefore, I consider it politically irresponsible.”

The back and forth between the heads of state and the national banks have somewhat warmed up the tensions between the countries. In Serbian tabloids, the interior minister Aleksandar Vulin linked the current issue with the Ustashe regime crimes during the Second World War.

It’s hardly the first time that Tesla’s national origins were in dispute. Both Serbia and Croatia maintain a claim to the famous inventor that lived most of his life in the United.

Last month, Elon Musk of Tesla Motors prompted a mild controversy on Twitter when he said that Nikola Tesla was born in Croatia to Serbian parents.

Interestingly, or perhaps tellingly, there is no factual error in Musk’s tweet. Nikola Tesla was born in 1856, to a Serbian family, in the village of Smiljan, which then belonged to the Austrian Empire and now to modern-day Croatia.

“It seems to me that there are no disputes about Tesla’s origins,” Anušić tells Emerging Europe.

But if the facts are not in dispute, then what is? Ildiko Erdei, an anthropologist and professor at the Faculty of Philosophy in Belgrade, says that it’s about nationalism.

“The nationalisation of cultural heroes is a part of the cultural politics of nationalism that wants to culturally legitimise the ethnic purity of the nation and increase the symbolic capital of its glory,” Erdei tells Emerging Europe.

Disputes over who can claim important historical figures are not uncommon in the Western Balkans.

Such disputes exist over the Nobel laureate and a novelist, poet and short-story writer, Ivo Andrić (was he Serbian, Croatian, Bosnian or Yugoslavian?) and the revolutionary Goce Delčev (Bulgarian or Macedonian).

But Erdei points out that, actually, the disputes make using people like Tesla for political purposes easier.

“Katherine Verdery [American anthropologist] notes this process in the 1990s Eastern Europe as the ‘political life of dead bodies’ and shows that the political instrumentalisation of cultural heroes is that much more effective if there is a possibility of reading their biographies in different ways on which the current actors base the appropriation of their character and deeds,” Erdei explains.

So, what’s actually in dispute is which country has a legitimate “claim” on Nikola Tesla.

“Even though [Tesla’s] origin is not in dispute, his dual identity is being made debatable because it doesn’t fit with the exclusivity of ethnonational identity canons in post-Yugoslavian states,” Anušić explains.

Since the breakdown of Yugoslavia, countries have tried to distance themselves from one another culturally, but due to decades and sometimes centuries of shared history, this hasn’t always been possible.

And in the case of Tesla, it’s probably the most correct that he belongs to the whole world. Tesla’s inventions paved the way for modern society, and he has left an indelible mark on global society and culture.

Lying on his deathbed at the age of 86 in a hotel room in New York in 1943 Tesla perhaps reflected on his successes and thought about his family, childhood and his homeland. He was certainly proud of where he came from, as he wrote in 1936: “Thank you very much for your much-appreciated greetings and honours; I am equally proud of my Serb origin and my Croat homeland. Long live all Yugoslavs.”

“It’s ironic that Tesla’s genius made its mark thanks to a European education and American investors, and not thanks to his Serbian ethnicity and Croatian homeland,” Anušić concludes.

Could new Romanian law lead to ‘massacre’ of bears?
How judo changes gender and social norms in Kosovo
Comment