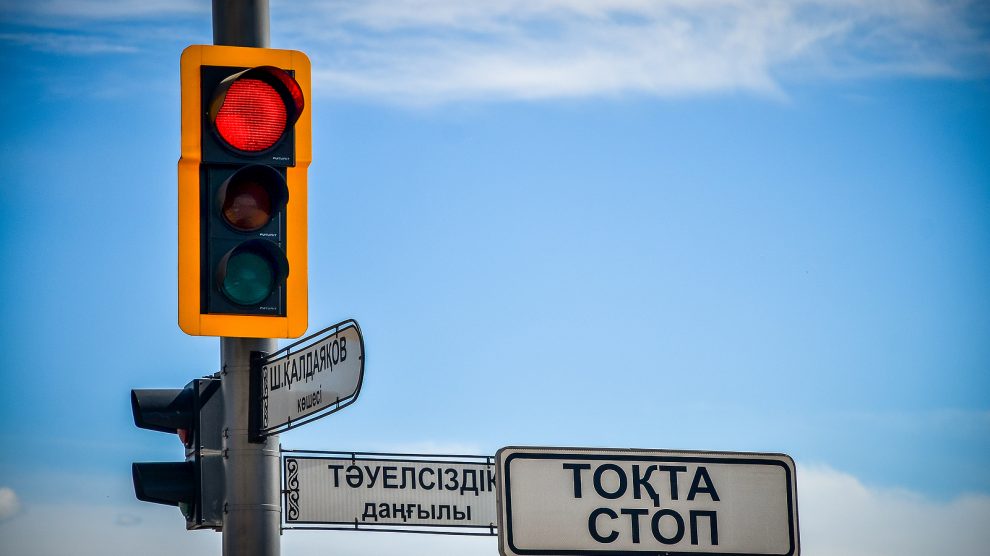 Three decades since declaring independence from the Soviet Union, Kazakhstan is finally about to ditch the Cyrillic alphabet.

At the end of January 2021, the Kazakh government finally announced plans to transition the country’s written language to a Latin-based alphabet after almost two decades of delays.

The transition is set to take place between 2023 and 2031, and will be the third time that the country has changed alphabets over the past century.

While the change is evidence that the slow, steady decline of Russian influence in the country, both linguistic and political, is shifting into its final phase, the diverse ethnic make-up of the country – which has a substantial ethnic Russian population – means the process is likely to be met with a great deal of hostility.

Kazakhstan possesses a large community of Russians – around 25 per cent of the country’s 18.75 million people – and Russian is spoken by more than 90 per cent of the population.

In the immediate aftermath of independence, Kazakh replaced Russian as the primary language of education, and Kazakh-language films and television programmes related to the country’s nomadic culture and traditions were widely promoted.

Despite this, only 66 per cent of the population are thought to be fluent speakers of Kazakh.

The government now wants to put Russian on the same level as English, a foreign language, but still an important one, part of what it calls a trilingual education system aimed at “increasing the competitiveness of Kazakhs in the world arena”.

But it has been hesitant in implementing its plans, fearing the alienation of Kazakhstan’s Russian population, and a possible backlash.

“Kazakhstan neighbours Russia, maintains extensive ties with the Federation and many ethnic Russians and Russian-speaking Kazakhs live there,” says Anna Jordanova, a research fellow at the Association for International Affairs, a Prague-based think-tank.

The Kazakh government first proposed changing its alphabet two decades ago when its demographic balance began to shift following the departure of many ethnic Russians.

The number of ethnic Russians in Kazakhstan declined from about 40 per cent at the beginning of the 1990s to today’s 25 per cent.

These demographic changes opened the door for then Kazakh President Nursultan Nazarbayev to in October 2006 announce the government’s first plans to adopt the Latin alphabet.

While these proposals came to nothing, the issue never quite disappeared from the government’s agenda, and the adoption of a Latin-based alphabet was included in the country’s Kazakhstan 2050 development strategy.

It was not until 2017 however that Nazarbayev eventually signed a decree designed to implement the change.

Jordanova says that the delays and the lengthy timetable for the transition shows that the government is still hesitant.

“The government will be pushing the alphabet change forward as carefully as possible,” she tells Emerging Europe.

“A careful approach is visible towards the Russian Federation too. Kazakhs remain close allies of Russia but engage with other countries as well, and want to handle their internal identity and culture-related issues by themselves. Furthermore, the Russian influence and presence are complex, multi-dimensional; a script change is a significant shift, but is part of a wider, permanently evolving environment,” she explains.

More about politics than language?

Kazakhstan is situated in a strategically important location in Central Asia and politics has always played a role in the history of its language.

In 1924, the inherent Arabic script, which had itself replaced early runes, gave way to a Latin-based script – the Soviet Union’s early communist leaders initially supported the use of any alphabet considered secular. Arabic wasn’t.

In 1940 however, fearful of pan-Turkic sentiment among Kazakhs, Uzbeks and other Turkic peoples in the Soviet Union, the Latin alphabet was replaced by Cyrillic.

This move was largely seen as part of a wider Russification policy as Moscow tried to develop a shared, Soviet sense of common identity.

According to Dossym Satpayev, a co-founder of the Alliance of Analytical Organisations of Kazakhstan, both the Kazakh authorities and Kazakh people have long been in favour of the Latin alphabet, perceiving Cyrillic as “part of Russia’s colonial project”.

The adoption of the Latin script can therefore be viewed as a natural reaction to this, reflecting the population’s shift towards a more purely Kazakh identity.

“Since Kazakhstan’s independence, the alphabet question has not been an isolated issue but a part of an extensive campaign to promote and strengthen Kazakh culture, language and identity, something which has been crucial for the Kazakh leadership.” says Jordanova.

Kazakhstan’s current president, Qassym-Jomart Tokayev, has gone so far as to call the transition an important stage of Kazakhstan’s “spiritual modernisation”.

It’s also clear that the adoption of the Latin alphabet and the promotion of the Kazakh language over Russian is aimed at enhancing Kazakhstan’s international brand and identity.

But as Jordanova says, to avoid creating more problems than it solves, implementation will need to be carefully, and sensitively, carried out.

Despite new Warsaw-Brussels feud, there will be no Polexit
Central Asia is running out of time to mitigate the effects of climate change
Comment