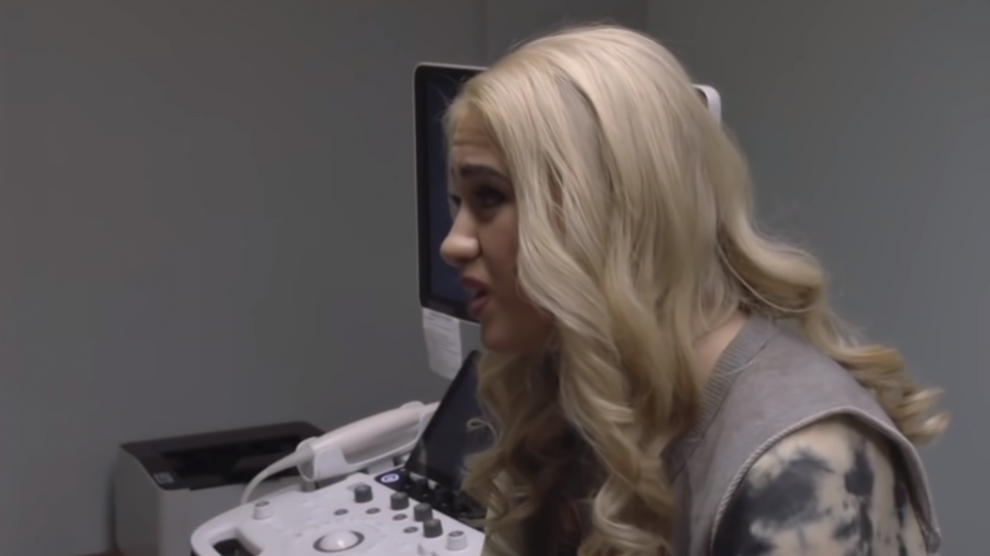 At a time when we are becoming increasingly aware of the dangers of harmful forms of cultural discourse, why can’t we have less stereotypical representations of women from Eastern Europe?

“I dedicate every single award to all the eastern European actors who can recognise themselves in me, because we’re from this region that hasn’t been recognised much in western cinema. That’s what I’m fighting for,” said 24-year-old Maria Bakalova reacting to her Best Supporting Actress Oscar nomination, received this April.

While Bakalova eventually lost out to Youn Yuh-jung for her role in Minari, the last few months have been busy for the actress, originally from Burgas, Bulgaria, who was also nominated for a BAFTA, two MTV Movie and TV Awards and has won or been nominated for over 50 other US and UK awards for her performance in the highly controversial 2020 film Borat: Subsequent Moviefilm.

While there are several well-known celebrities with eastern European roots, such as Mila Kunis, Nina Dobrev, and Sebastian Stan, the vast majority of them were brought to North America as young children. And while some Hollywood actors with an immigrant background often wear their ethnic identity as a badge of honour and even represent their culture while in character, actors with an Eastern European background are most often completely stripped of their cultural identity.

“(As a teenager) I started dreaming that I was arriving in Los Angeles, rolling my suitcase down those iconic palm tree-lined streets, with the Hollywood sign in the background, and I was telling myself, ‘I’m going to be a great movie star someday,” recalls Bakalova.

“But then I told myself, these are just childhood dreams. There haven’t been any big Hollywood stars from Eastern Europe.”

It would have certainly been hard to predict Bakalova’s career path when she graduated from the National Academy for Theatre and Film Art in Sofia having starred in just a couple of low-budget Bulgarian indies in 2019.

Since the release of the first Borat film in 2006, the franchise has been at the forefront of the rather scarce conversation about what is acceptable and what is not when it comes to depictions of Eastern Europe. The second film in particular, released last year, brought up the theme of gender, arguably revealing every single derogatory stereotype about women from post-socialist societies.

In her role as Borat’s daughter, Bakalova is first introduced by being referred to as livestock and shown chained up to a barn, actually located in a Roma village in Romania, while watching a fairy tale about “Princess Melania from shithole Slovenia” and dreaming about marrying an old, wealthy American.

Bakalova stands by the assertion that the film set out to ridicule Americans who are ignorant to the outside world rather than people from the region she is representing. The actress has further argued that below its crude surface the true message of the film is an inherently feminist one, as her character Tutar evolves from being fully dehumanised to becoming emancipated during her time in the US, becoming a journalist and even surpassing her father’s success upon returning to “Kazakhstan”.

However, Sadowski-Smith is sceptical if this is the true cultural impact of the film. “Every time a stereotype is mentioned, even if it is for the point of critique, it is reinscribed or in some cases even introduced to some audiences who may not even know that the stereotype existed in the first place,” she says.

And there are many stereotypes about women from the region we refer to as emerging Europe. While eastern European men are frequently represented as violent, drunks or aggressors, eastern European women’s whiteness and womanhood have led to depictions of heightened sexualisation and objectification.

While in character, Bakalova made headlines for her scene interviewing former New York mayor and Donald Trump’s lawyer Rudy Giuliani, who touches her inappropriately and asks for her phone number without being aware that he is being filmed.

This might have just been the role she signed up to play, but long before starring in the film, the Bulgarian actress was amongst tens of other up and coming actresses from countries in the region who were flown out to London as part of the secretive casting process for the film about which they had little to no information.

The young women were put in cages and asked to drink out of a dog bowl. Speaking to the New York Times, Bakalova admitted that the casting process made her worry that she might have become the victim of human trafficking.

Aside from putting actresses in a situation that left them feeling fearful for their safety, the depictions of eastern European women found in films such as Borat are often left unchecked and celebrated in Western media despite the very real effect they can have on the real world.

In the UK, earlier this year teacher Alexander Price at the multicultural Denbigh High School in Wales was forced to step down from his position after being found guilty of professional misconduct after mocking his pupils for “dressing like eastern European prostitutes and Kardashian clones.”

While articles by numerous renowned publications, including the BBC, covered the story, most often siding with the school for taking action and asserting that such statements can harm the wellbeing of female students, there was little to no mention of his words being a microaggression directly aimed at eastern European women, nor the effect such a statement could have had on the young eastern European girls that were likely in his classroom, as people from countries most often referred to as “Eastern Europe” in the UK are the single largest minority group in Wales.

While their whiteness and womanhood have resulted in women and girls from emerging Europe being extremely sexualised, according to Sadowski-Smith, in the US, these same aspects of their identity have resulted in such women being perceived as ultimately easier to integrate and strip of their own cultural identity.

“Eastern European women are considered and expected to be able to assimilate easily into US culture because they are considered white, and this racial identity trumps all kinds of other differences in terms of their experiences with a different economic system, their culture, language or ethnicity,” she tells Emerging Europe.

Many of these common assumptions present in American society were brought to the forefront when Trump was elected president in 2016 and his wife of Slovenian origins, Melania, became a target for the backlash against her divisive husband. Instead of being criticised for the genuine flaws in her personality and actions, Melania has repeatedly been ridiculed for her accent and by being described as a “mail order bride”, often by liberal media outlets that usually pride themselves on supporting immigrants’ and women’s rights.

In her book The New Immigrant Whiteness: Race, Neoliberalism, and Post-Soviet Migration to the United States, Sadowski-Smith traces some of the migratory experiences of marriage migrants. “There is definitely the idea that such women are ‘golddiggers’ but also that they will integrate themselves easily into the dominant “white” and largely still conservative US culture,” she

Giuliani has been filmed mocking Asian Americans for their race, has referred to the Black Lives Matter movement as racist towards white people, and throughout Trump’s time in the White House, he actively participated in advocating the government’s abysmal immigration policies. Yet, he had no trouble carefully outlining his policies to the blond Bakalova, despite her explicit and overplayed foreignness, before then taking her to his hotel room.

Ultimately, the character Tutar and the actress Maria Bakalova can be described as being both victims and beneficiaries of the role they have been ascribed to play in American society. As the young actress is now set to star in Judd Apatow’s forthcoming film The Bubble, it is interesting to what her next role will entail and how her career will progress in the future.

In the meantime, Claudia Sadowski-Smith asks: “Why can’t critical cultural representations function without reaffirming stereotypes and move to a new place that does not depend on them?”

“Also, why can’t we have less stereotypical representations of eastern European women at this point in time when we are becoming more aware of the power that harmful forms of cultural discourse have had with regards to other groups?”