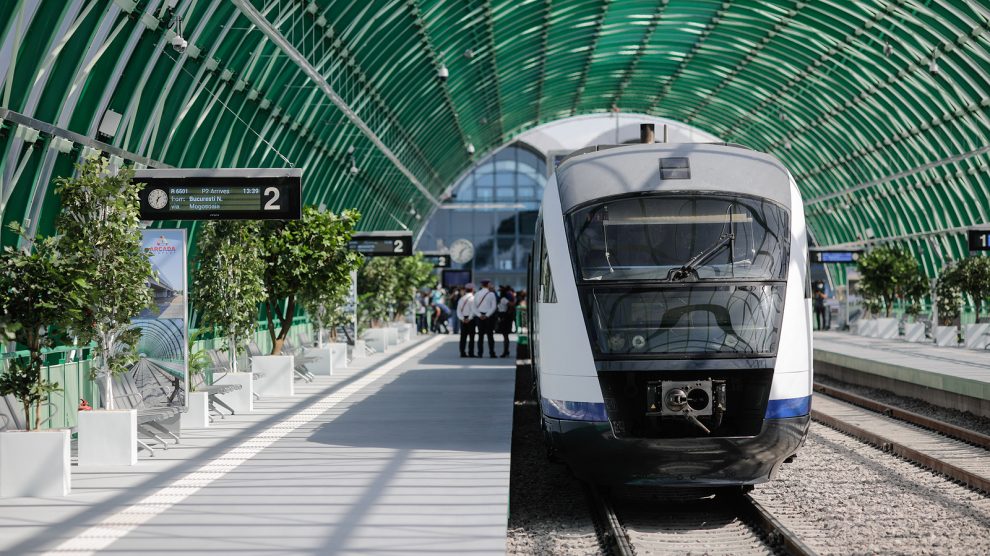 In some places the biggest headache associated with air travel is often not Covid tests or vaccine passports, but the hassle of getting to and from the airport. How does Central and Eastern Europe shape up?

Of all the forces which have driven globalisation forward and brought the entire world closer together, modern aviation certainly ranks near the top.

International travel, be it for leisure or business purposes, has never been easier or more affordable.

Or at least it was, before Covid-19. When the big red switch that reads “global connectivity” was abruptly turned off in March 2020, international air travel came to a standstill, and has only in recent months begun to recover.

But with the world now finally beginning to open up again, we can afford to once again shift our attention to probably the biggest hassle concerning air travel (no, not Covid tests or vaccination certificates): actually getting to and from the airport.

In an ideal world, the moment you reclaim your luggage and enter an arrivals hall, there would be a large sign pointing you towards the airport’s train, tram or metro service. This – not least in Central and Eastern Europe – is unfortunately not always the case.

Rail transfers are superior to buses (and that’s a hill I’m prepared to die on if anyone is ready to argue) because it’s a greener mode of transport and offers far higher capacity. Even if train/metro carriages don’t have dedicated luggage racks, they tend to be far more spacious than buses, which can become easily crowded even without surplus bags.

Trains, metros and modern trams also (usually) have a dedicated right of way, as opposed to buses which share the roads and can get caught up in traffic.

A year after my hometown of Bucharest finally got the city centre-airport rail link I’d been lobbying for since I was born, I thought it might be a worthwhile exercise to look at how Central and Eastern Europe’s capitals shape up when it comes to airport transfers.

My findings are not, alas, flattering.

For a start, it’s worrying that Sofia in Bulgaria is the only capital with a direct metro link from airport to city centre, opened in 2015.

The Bulgarian capital will therefore almost certainly win the Best Airport Rail Connection award Emerging Europe may (or may not) be planning to introduce next year. By default, metros have the advantage of going underground direct to various stations in the city centre. This is preferable to trains which usually serve just one station from where another journey is often required.

This metric is a bit unfair however, as not every capital city is large enough to warrant a metro system. Cheaper, simpler options are sometimes preferable.

The Estonian capital is another contender for the award, as it boasts a direct tram connection from the airport to the city centre, opened in 2017. Tallinn is blessed (or cursed, depending on where you live) with having an airport unnaturally close to the centre – it’s less than four kilometres southeast – and an extension to the existing tram network was the logical solution.

In addition, the same flat fare of 1.50 euros applies to trips to/from the airport; other cities around the world have gleefully introduced a dedicated “airport fare zone” and charge significantly more than a typical journey.

Estonia’s neighbour to the south doesn’t quite shape up as well. Riga Airport is also relatively close to the centre (eight kilometres) but momentarily doesn’t dispose of a rail link, travellers being required to take the bus. I’m willing to forgive Latvia however, as a link to the centre of town, as well as to the north and south, is envisioned in the ambitious Rail Baltica plan.

To the south of Latvia is Lithuania, whose capital Vilnius does have an airport-centre rail link.

Vilnius Airport only has a small, single-platform station with hourly departures to the centre, however its cleanliness, efficiency and step-free access, plus the 0.70 euros fare (far cheaper than a taxi) ensure it scores near-top marks.

Warsaw also scores well, with Chopin Airport served by its suburban train network, which links it directly to the centre of town. Those unfortunate to be travelling to the much more distant Modlin Airport, however, must take a shuttle bus journey to the train station in the actual town of Modlin, before even beginning their journey into Warsaw.

Bucharest used to be in a similar predicament to Modlin; the much-anticipated rail link to Henri Coandă Airport opened only last September. Before then, visitors were lured by exciting “train transfer” signs only to realise they had to wait for a cramped minibus which took them to the “Airport Halt” (not much more than some concrete slabs in the middle of nowhere) over a kilometre to the north, before finally boarding a train to the city’s Gara de Nord.

Now, there’s a direct rail link. That’s the good news. The bad news is that it was done on the cheap; noticeably so. The line is not electrified, meaning only polluting diesel trains can run on it, and it’s single-track. This means that trains have to wait for each other to pass at certain locations, that fewer trains can run on the line overall, and that waiting times between trains increases as a result.

My girlfriend, who recently did a round trip to the airport, reports that although the journey took a swift 20 minutes, the return journey involved an additional 20-minute wait “somewhere in a field”.

The shortsightedness of the project can be highlighted best by how, because the station is elevated, an extension of the line to Henri Coanda’s proposed second terminal is impossible as it would have to run through the current arrivals building.

Romania’s friendly neighbour Hungary has similar issues. While Budapest Ferenc Liszt Airport does, in principle, have a train connection to Nyugati station in the city centre, the airport train station is in a bit of a sorry state. It has only one ticket machine, no staff, and no lifts or escalators – probably the single biggest oversight, given most passengers are carrying heavy bags, and are reluctant to climb up and down stairs.

An extension to the Budapest M3 metro line has been proposed (it currently terminates seven kilometres to the northwest) but this has yet to materialise and may not even be required; simple refurbishment and installation of lifts at the airport station would make the existing service perfectly decent.

North of Hungary lies Slovakia, whose capital Bratislava is in an interesting situation. Bratislava and Vienna, the capital of neighbouring Austria, are the second-closest pair of capital cities in the world, separated by just 56 kilometres (the pair are beaten only by Kinshasa and Brazzaville).

As a result, although Bratislava has its own airport seven kilometres northeast of the city centre, most tourists choose Vienna’s airport instead, as it’s better connected to other cities in Europe and the world at large. There are direct buses from Vienna Airport to Bratislava bus station. Train travel is more complicated. Bratislava Airport is not connected to the centre of town by rail, but travellers can reach Bratislava train station from Vienna Airport if they are willing to change at Vienna Hauptbahnhof.

Another capital city which has two airports to choose from (both of which are in the same country this time) is Kyiv. Whereas both the more central Igor Sikorsky Airport and the more distant (and larger) Boryspil are connected to the centre by rail, neither link is perfect. Igor Sikorsky is a full kilometre away from Kyiv-Volynskyi suburban rail station, which is in a state similar to Budapest’s airport station. Boryspil does have a dedicated railway station with trains that provide a direct 40-minute trip into Kyiv; as such, despite being nearly three times further from the city as Sikorsky, it’s arguably the better airport to arrive at.

Among the capitals of the Caucasus states, Georgia’s Tbilisi fares best when it comes to airport rail connectivity, but everything’s relative. Neither Yerevan in Armenia nor Baku in Azerbaijan have rail links to their respective airports at all, and whereas Tbilisi does boast one, there’s a massive caveat: there are only two trains in each direction per day.

The only other capital city in Central and Eastern Europe with a rail connection to its airport is Podgorica, the Montenegrin capital.

Podgorica, unfortunately, probably features the least impressive airport-city centre rail link anywhere in the world, but at least it has one.

Podgorica Aerodrom train station is just shy of a kilometre away from the terminal building, at the end of a dirt path beneath a road bridge, and if facilities at Budapest and Kyiv Igor Sikorsky are disappointing, at Podgorica they’re close to post-apocalyptic.

The platform features a single windowless shack with a rusted sign on top that reads Aerodrom, no ticket machines or timetable, and certainly no lifts or even steps – passengers walking to/from the airport are tasked with crossing the single-track line at their own risk.

This is in stark contrast to the airport itself, which is in fact rather up-to-speed.

Nevertheless, for those not willing to haggle a decent taxi price into town or catch a crowded bus, and who are willing to wait anywhere up to an hour for a train (the timetable is available online), Podgorica’s centre-airport rail link is serviceable.

And that, unfortunately, is it. Anywhere else in Central and Eastern Europe and you are on the bus or at the mercy of taxi drivers.

And that’s a shame. The European Union has dubbed 2021 The Year of Rail in an effort to promote train travel in order to achieve its goal of carbon neutrality by 2050.

For many countries, replacing air travel with high-speed rail altogether is momentarily a fever dream, but a good starting point is maximising the use of clean rail transport to and from airports, which will remain the principal gateways to the outside world for a few decades yet.