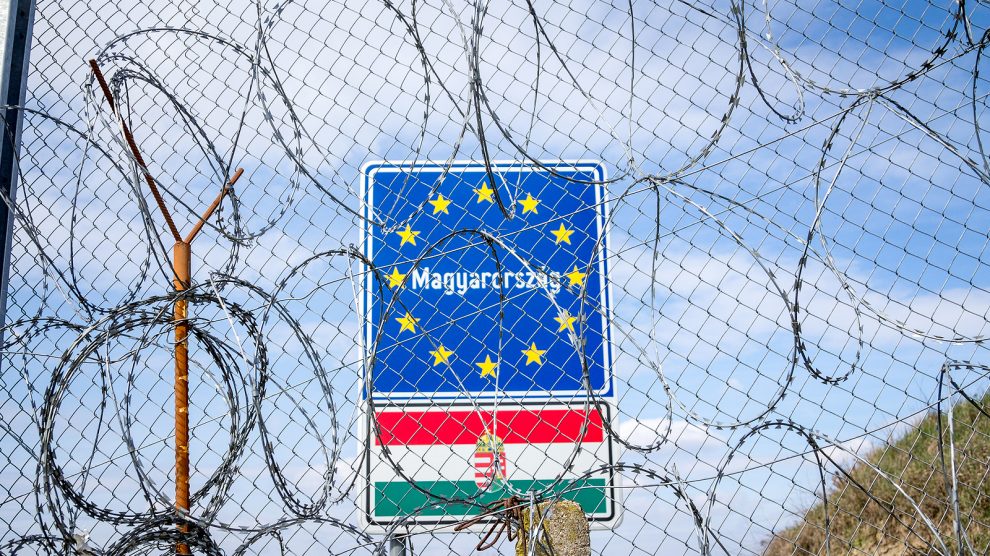 It takes five and half hours to cross Hungary’s border with Serbia. Why?

I never intended to go to Switzerland again by bus. Once, twelve years ago, when I was but 19, seemed more than enough.

But we are in a global pandemic. Not knowing what the ever-shifting travel rules will be, I held off on booking a flight until the flight simply became too expensive.

The bus it is then. Twenty-two to twenty-four cramped and miserable hours, and with Serbian operators still charging for roaming in the EU, without even the comfort of endlessly scrolling through social media.

So imagine my delight when, on the return trip, after departing from Luzern at 3:30pm we reached Hungary’s border with Serbia by 8:45am the next day. Serbia so close I can see it, and connect to my mobile provider’s network too.

But what I forgot, possibly in my exhausted sleeplessness (the grandmas on the bus refused to share their Ambien with me) is that passing through the Hungarian side of the border is no easy feat.

For years, the waiting times on the Hungarian side of the border with Serbia have been scandalous. And that’s not my opinion: the leader of the Alliance of Vojvodina Hungarians, István Pásztor, said as much two years ago.

Today, nothing has changed.

It can be argued perhaps that the long line of cars and buses on the approach to the checkpoint is not the fault of Hungarian border authorities. A lot of people are making their way through the region at this time of year, chiefly Turkish migrants on long journeys home from places such as Germany and Sweden.

But can they really, fully account for how slow the line moves?

By 10:20am we’ve moved a scant few metres. About half an hour later, some other passengers and I decide we simply must get out of the cramped bus. We walk very carefully sandwiched between the bus, the cars, and the trucks. It’s probably not the best idea in the world, but after nearly 20 hours it does feel good to stretch one’s legs.

At 11:20am we finally enter the actual checkpoint line for buses. There are maybe two in front of us, and knowing that we won’t be finished any time soon, the bus driver lets us all out and serves coffee. So now everyone is walking around aimlessly in what looks like a very badly maintained public park. There is a designated smoking area, nobody pays it any mind. There is also a toilet, a welcome break from the unpleasant one on the bus. It costs one euro, and unlike Slovenia and Switzerland, Hungary has not yet digitalised its public toilet. A warm greeting by what in Serbia is called a “baba sera” adds a human touch that coin-operated turnstiles simply cannot match.

By 12:46pm, according to a note I made, there was one bus in front of us and I had finished off an outrageously expensive nine Swiss francs pack of American Spirits. That’s four hours now in total, for those keeping count.

Is it a lack of manpower? Infrastructure?

In an unlucky twist, the bus in front of us has Kosovar plates, and because of that, seems to be subject to extra checks. I admit that by this point I’ve lost track of time. But in the end, it was a whole five and half hours until we finally cleared the Hungarian checkpoint — this required everyone to form a neat queue and for 50 or so people per bus there is only one border agent stamping passports.

At the little hut where the passport checks are carried out, there are posters warning sternly that bribery and corruption will not be tolerated. I can’t help but think of simpler times, some 12 or so years ago, when attitudes were different and all the border lines moved much faster.

Another half an hour at the Serbian checkpoint, and at long last we are on our merry way. A merry way that for me lasted a total of thirty and half hours.

Is there a point to all this? In his recent article about this very same subject — borders around and in the Western Balkans — our editor, Craig Turp, noted the importance of infrastructure. And certainly, some of the blame most likely lies in that direction. Even though, truth be told, the Hungarian roads were fine.

Surely, there are also the issues of manpower and EU bureaucracy. But can it all really add up to five and half hours in total? Despite knowing that ultimately all such issues are structural, it’s a bit hard not to feel a twinge of resentment at the country itself.

At times, the relationship between Hungary and Serbia has been — to put it mildly — rocky, but recently they have been enjoying a bilateral friendship.

Why then, has the border situation been like this for years? Is it really not possible for the two countries to sit down and find a solution that would allow Serbians just wanting to get home as quickly as possible to do so?

Of course, even thinking such thoughts shows a level of naivety of how things work.

Nation states, after all, are not as cuddly as they appear in their travel brochures. There are strict rules to follow, procedures to tick off, and God knows what else.

So until something improves those who find themselves at the Hungary-Serbia border should come armed with patience.

Since the only way that is likely to happen is Serbia finally joining the EU, it may be a long wait – in every sense.