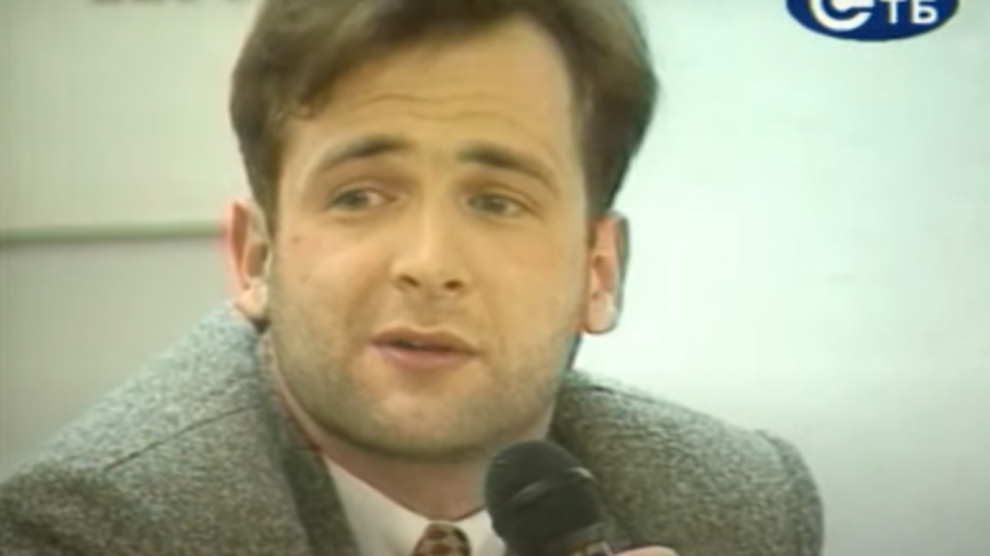 A new documentary is shedding light on the events that led to the disturbing murder in 2000 of Georgiy Gongadze, a prominent Georgian-Ukrainian reporter. It is also a solemn reminder that Gongadze’s death was not an isolated incident.

Just over 20 years ago, a ghastly murder rocked Ukraine. In November 2000, the headless corpse of investigative journalist Georgiy Gongadze was discovered near the provincial town of Tarashcha.

Gongadze, 31, had been missing since September 2000. Shortly after his body was discovered, opposition politician Oleksandr Moroz released a series of sensational tape recordings which appeared to implicate then-president Leonid Kuchma in Gongadze’s murder.

The fallout was immense. Kyiv was hit by months-long mass demonstrations calling for the resignation of Kuchma and key members of his cabinet. Years of investigations yielded frustratingly few concrete results and the judicial process was beset with dead ends, sabotage and suspiciously-timed suicides.

Eventually, four former police officers were sentenced to lengthy jail terms – one for life, the others for 12-13 years – for their roles in the death of Gongadze.

Gongadze has since become a martyr for Ukrainian journalists. Across much of the former Soviet Union he has become a symbol of the struggle for freedom of speech and democracy in the oligarchic states which formed after they declared independence.

Today, the Gongadze Prize is given to Ukrainian journalists for outstanding work in their field.

On May 3, World Press Freedom Day, an English-language version of a Ukrainian documentary about the murder was released. Titled The Murder of Gongadze: 20 Years of Searching for the Truth, it is a collaboration between Ukrainian journalists Natalia Gumenyuk, Maxim Kamenev and Anna Tsyhyma.

“The story of the murder of Georgiy Gongadze provides an understanding of the context in which the current generation of Ukrainians was formed, their distrust of the government, and the formation of the civil society that journalists were part of,” says Maxim Kamenev, one of the filmmakers.

Based on dozens of interviews with colleagues, friends and relatives of Gongadze and archival footage of Ukrainian news reports about the incident, the film dives deep not only into Gongadze and his life, but also the political situation in Ukraine at the time and how that affected journalists. The English version of the documentary was made with support from the European Union, USAID and various other Western institutions.

It is hosted on the YouTube channel of Ukrainian NGO and research institute Public Interest Journalism Lab.

Born in Tbilisi, but living in Ukraine since 1989, Gongadze, despite his young age, had by the time of his murder become a prominent media personality. With the country taking its first tentative steps of independence, the liberalised media environment allowed him to build a solid reputation during the 1990s. He first came to the attention of the press through his reporting from Abkhazia, where his native country of Georgia was battling Russia-backed separatists.

Gongadze returned to Ukraine in 1993 and began working in Ukrainian television and radio. It was in these years that he came to the attention of the authorities for his outspokenness. He regularly railed against the mass impoverishment that was overtaking Ukraine in tandem with the establishment of a corrupt, oligarchic state. Often, he would lay the blame squarely at the feet of the increasingly authoritarian Leonid Kuchma, independent Ukraine’s second president.

In April 2000, just a few months before his death, he founded Ukrainskaya Pravda, an online news outlet. At this point, he was firmly on the authorities’ radar. He had become the spokesperson for the Progressive Socialist party of Ukraine, a radical opposition movement, and regularly published ominous warnings about the “strangulation of freedom of information” in Ukraine. In this period, he began noticing people following him and his family – appeals to the police and to the prosecutor’s office came to nothing.

Gongadze eventually disappeared on September 16. Friends and family immediately suspected foul play. Although an investigation was quickly mobilised, the authorities were generally uncooperative and hastily ruled out any political motivations behind his disappearance. Two months later, his decapitated body was discovered some 70 kilometres outside Kyiv.

On November 28, the scandal reached boiling point. Oleksandr Moroz, head of Ukraine’s Socialist party (who had warned Gongadze that his life may be at risk shortly before the murder) released a series of audiotapes consisting of conversations between Leonid Kuchma, presidential chief of staff Volodymyr Lytvyn and interior minister Yuri Kravchenko.

In the tapes, which the documentary plays, the three men discuss how to silence Gongadze – solutions included deporting him to Georgia and getting Chechens to kidnap him and demand ransom.

Although in the tapes the three men never directly discuss actually killing Gongadze, they is enough to establish a strong motive. “He’s simply gone too far,” one of the voices says.

By 2013, four men were in prison for their involvement in Gongadze’s murder, all police officers at the time the murder happened. The alleged ringleader of the killing, Aleksei Pukach, was only arrested in 2009 and is currently serving a life sentence.

However, the documentary shows that Gongadze’s friends and family are not satisfied with the outcome. Pukach claimed he had been acting on orders from Kuchma’s interior minister Yuri Kravchenko. Kravchenko had been found dead in an alleged suicide in 2005, two days before he was due to be questioned by prosecutors.

Furthermore, Leonid Kuchma has never been investigated or charged for his role in Gongadze’s murder. Although he has vehemently denied any participation or knowledge in the act, in the documentary, Gongadze’s widow (now living with their children in Washington D.C.) maintains that she believes he was involved.

Not the first, not the last

Even more sadly, Gongadze was neither the first nor the last journalist in Ukraine to fall victim to corrupt politicians, businessmen and criminal organisations. Katerina Handziuk, Pavel Sheremet and Oles Buzina are all journalists who have been murdered since 2015, apparently in connection with their reporting.

In all three cases, the investigation process was bogged down by all kinds of controversies and the public has not been fully satisfied by any of the verdicts. As always, one faction alleges that the killings could only have been done by Russia; the other blames Ukrainian ultra-right extremists.

Unfortunately, Ukraine has not broken free from the system which allows such killings to happen. With politicians simply acting as figureheads for unaccountable oligarchs, a lack of transparency is all too common. Despite Volodymyr Zelensky’s promises to reform the compromised judiciary, the public still has next to no faith in legal institutions.

Gongadze’s murder was one of those key events which awakened Ukrainians, who had. His charisma and outspokenness made him an ideal martyr for people to rally around and the ghastly nature of the crime galvanised the public into action. Since then, two other mass civic movements have succeeded in changing governments, in 2004 and 2014.

The Murder of Gongadze, now available on YouTube, will hopefully bring these remarkable events to a wider audience.

Las Vegas too kitsch for you? Try Minsk instead
A century on, the Silesian Uprisings remain complicated
Comment