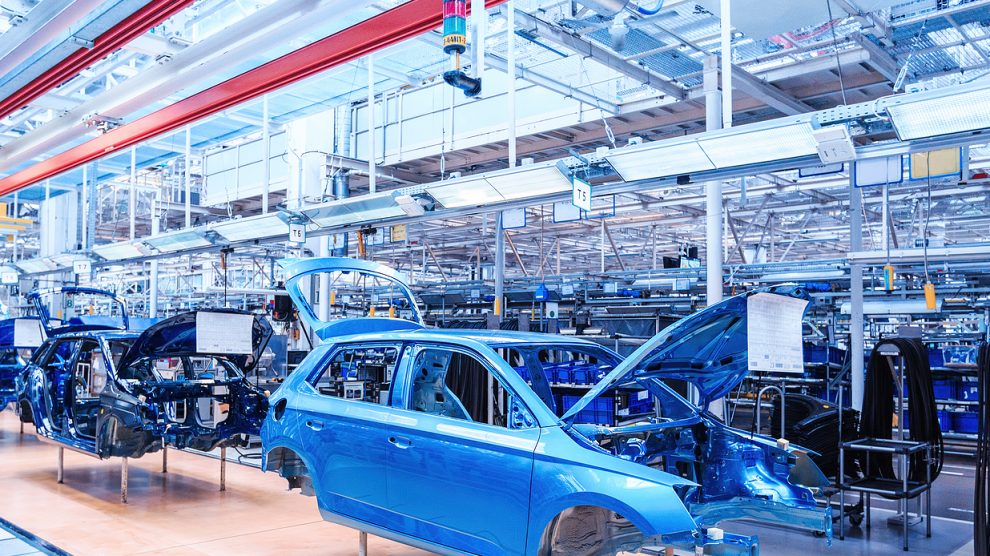 In order to cope with the green and digital transformation, the EU member states of Central and Eastern Europe (CEE) must focus on innovation.

Because of the acute semiconductor shortage, the Czech Volkswagen subsidiary Škoda alone will probably produce 250,000 fewer cars than planned this year. Altogether, the thousand or so companies in (or supplying) the automotive industry in Czechia generate about 10 per cent of the country’s GDP and 20 per cent of its exports, and employ 180,000 people.

“This is just one example of the great dependence of CEE on labour intensive export industries, which will undergo massive structural change in the years to come – the key words being e-mobility, climate change and digitalisation,” says Richard Grieveson, deputy director of the Vienna Institute for International Economic Studies (wiiw) and co-author of a new study on the topic.

Since the mid-1990s, many of the CEE countries have made impressive strides in the economic catch-up process. However, the previously successful model of taking over labour-intensive production steps and acting as an “extended workbench” of Western companies has reached its limits.

Combined with major structural changes such as decarbonisation and digitalisation, this makes it essential for CEE to develop a new, innovation-based economic model, the study concludes. “Only then will these states be able to catch up with Western Europe in terms of productivity and living standards,” says Grieveson.

The problem is that the central technological competences and those parts of production with the highest added value are located in the “headquarter economies” of Western Europe.

Meanwhile, the EU member states of CEE – Poland, Czechia, Slovakia, Hungary, Slovenia, Croatia, Romania, Bulgaria and the three Baltic states – are still extremely specialised in labour-intensive production. They depend heavily on having lower labour costs, and this restricts their prospects of catching up economically with Western Europe.

“Just take the car industry, which is so important for the region: the phasing-out of the combustion engine will cost many jobs. The costs of the transition, both socially and economically, could be quite high in EU-CEE,” warns Grieveson.

In addition, there is a heavy dependence on foreign direct investment (FDI) and exports. On average, the inflow of FDI into the countries of CEE amounted to 2.6 per cent of GDP annually from 2010 to 2019. In Czechia, Hungary, Poland, Romania and Slovakia, the manufacturing industry accounted for around 30 per cent of this. Tradable goods and services create between 20 per cent and 30 per cent of economic output and jobs, depending on the country.

In Czechia, Latvia, Romania and Slovakia, foreign companies account for more than half of the total value added in manufacturing.

“Even though some of them are likely to benefit from the near-shoring activities of Western companies after the coronavirus epidemic, foreign direct investment will no longer be the big driver of growth,” cautions the deputy director of wiiw.

The economic model of EU-CEE must therefore be made fit for the future. Decarbonisation, digitalisation and a shrinking labour force all require massive efforts to be made. For countries like Poland, the green transition is a major challenge.

“This transition can only be managed through huge public investments in green technologies and digitalisation. This means more money for education, research and development, as well as active labour market policies to manage the transition,” explains Grieveson. “The transformation in the 1990s had destructive social consequences. We should not repeat that mistake.”

The EU’s Covid-19 recovery fund, NextGenerationEU, represents a turning point in this regard, in terms of both scope and focus, he says. However, it will not work without more flexibility within the EU’s Stability and Growth Pact, to allow for more credit-financed public-sector investment.

Since the region can no longer rely so much on FDI as it has in the past, it needs a strategically oriented industrial policy at home, to produce more globally competitive companies. The goal should be to create a national innovation system that draws together the private sector, universities, key ministries and social partners. In this way, CEE should be able to move into more lucrative areas of the value chain. Digital technologies need to be introduced across the board – Industry 4.0.

The new wiiw study identifies special potential in this area in Czechia, Hungary, Poland, Romania and Slovakia. In addition, many young people in the region have digital qualifications that are above the EU average.

Germany and Austria would benefit, despite intensified location competition

According to the report’s authors, the successful transition of EU-CEE to an innovation-driven growth model is of the utmost importance for Germany and Austria.

Taken together, the four Visegrád countries of Poland, Czechia, Slovakia and Hungary are Germany’s most important trading partner, ahead even of China, the US and France.

“A new economic model in these countries would, of course, also change the nature of economic interdependence. For Germany and Austria, it would inevitably mean more competition for company headquarters, research and development facilities and IT specialist,” says Grieveson.

On balance, however, Germany and Austria should benefit from it.

German and Austrian companies will continue to locate a sizeable part of their production in the countries of CEE and will earn good profits from these investments. “But the richer the region becomes, the more it will also become an increasingly important source of demand for companies from Germany and Austria,” Grieveson points out.

After all, more than 100 million people live in the EU member states of CEE, and their incomes are growing faster than in Western Europe. More EU stimulus for the region from the NextGenerationEU recovery fund would inevitably create positive spill-over effects for Germany and Austria, the wiiw study predicts.

Thus, if the green and digital transformation of the EU’s CEE economies succeeds, their importance for Germany and Austria is likely to increase further.