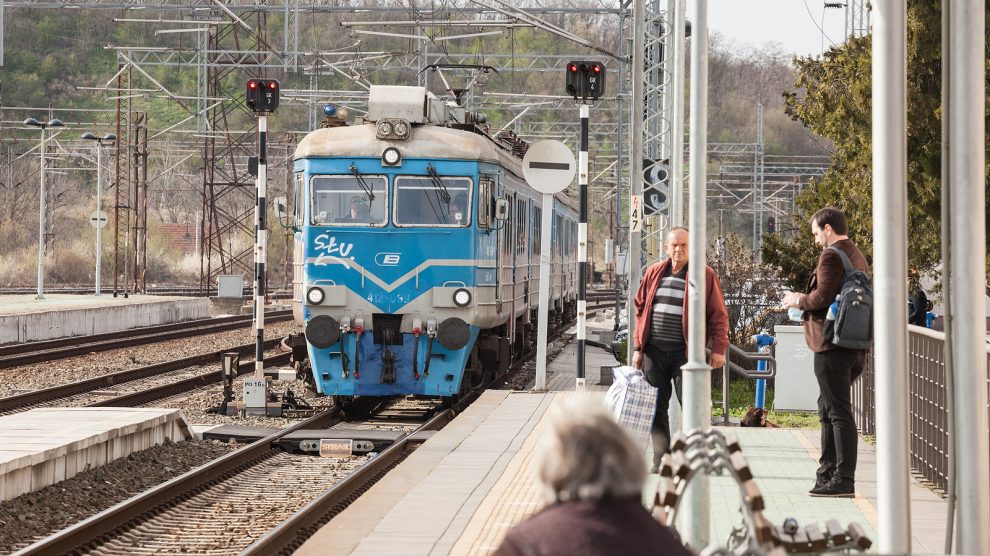 Only massive investment and political will can make the railways of the Western Balkans attractive again.

On September 13 this year, the Connecting Europe Express train stopped in Belgrade, as part of its route across 26 countries aiming to promote sustainable mobility and the decarbonistion of transport.

The Connecting Europe Express is one of the main initiatives of the European Year of Rail, and its stop in Belgrade was timed to coincide with the first Western Balkans Rail Summit, which brought together transport ministers, representatives of the European Commission, and railway professionals with a focus on modernisation and the re-establishment of inter-city links across the region.

The summit concluded with a Dedication to Rail agreement, signed by the various transport ministers, which committed them to launching joint efforts to modernise the rail network and bring the region closer together, as well as aligning infrastructure with the rest of Europe.

“Making rail travel attractive again for citizens and businesses in the region can be done by focusing simultaneously on two tracks – adopting standards and building and improving infrastructure,” said Matej Zakonjšek, director of the EU-Western Balkans transport directorate.

“It is encouraging to see that the summit brought together policymakers and representatives of financial institutions that can lead the change in positive direction. As one of the most environmentally friendly means of transport, rail is responsible for a tiny fraction of transport-related greenhouse gas emissions and has huge potential to contribute to the region’s economic prosperity.”

Investment in the railways of the Western Balkans would undoubtedly contribute to the region’s economic prosperity.

Railways are one of the most environmentally sustainable, safest, and responsible modes of transport, the use of which can significantly help to reduce the region’s transport-related carbon footprint and mitigate climate change, in line with the European Green Deal.

However, the development of the railways in the region and a “shift to rail” requires unprecedented investment and technical expertise, considering the current state of railways in the Western Balkans.

According to Dritan Spahiu, CEO of Albanian railway operator AlbRail and a participant at the summit, only through the absorption of investment from the EU and close regional cooperation can the attitude towards rail transport can be changed.

“The private sector is at the forefront of this and the creation of public-private partnerships has demonstrated that it is the only long-term solution for the sustainable development of the railways,” he says.

Relics of the past

In 2019, a World Economic Forum (WEF) report rating the efficiency of train services from one (worst) to seven (best) across 138 countries worldwide found that the railways in the Western Balkans were in a sorry state.

The report did not collect any data on Kosovo.

The deterioration of railway infrastructure and the decline of train services in recent decades across the region is linked with the breakup in the early 1990s of Yugoslavia and the impact of subsequent wars, particularly in Croatia, Bosnia and Kosovo, and the increase of ethnic tension and mistrust between the post-Yugoslav republics.

In Albania, the only Western Balkans country that was not part of Yugoslavia, the decline is linked with an unwanted material legacy left behind after the fall of the communist regime in 1991.

Since railways were seen as a legacy of collapsed political systems and evidence of a difficult past, in most cases they have been left to rot by successor governments. A lack of investment, lack of coordination, and lack of any strategic positioning of the railways as being a viable form of transport left the way clear for automobiles to dominate.

In the aftermath of the Yugoslav wars, the number of services in the region has been greatly reduced, particularly on cross-border routes, the number of passengers has fallen and speeds have slowed.

In those cases where scattered initiatives and investment aiming to improve the quality of train services have been undertaken, as was the case in Croatia and Bosnia, these efforts did not succeed in re-establishing services as they once were.

For example, in the middle of 1980s, there were 28 passenger trains running from Ljubljana-Zagreb-Belgrade, whereas in 2015 only five were left serving the same route. In addition, numerous lines were put out of service while in 2016 the trains that connected Sarajevo to Belgrade and Zagreb were cancelled entirely.

In Albania, a country which was hit hard by a difficult transition, all passenger train services are currently suspended. However, there is some good news: projects for the rehabilitation of two railway lines have been announced, which apart from enhancing transportation between the country’s key cities, are also expected to create 2,200 jobs.

There are also plans for it to continue from Montenegro into Bosnia, thus connecting three Western Balkans countries.

In Serbia, work is already underway on a new, high-speed line from Belgrade to Budapest, in Hungary. When complete in 2025, the 350-kilometre journey will take just over two hours.

However, Spahiu warns that: “rail has strong competition. It will have a future in Albania and the other Western Balkans countries only when railways connect all six countries, and the wider European rail network.”

“Only massive investment and a clear political will make the railways competitive and feasible,” he concludes.

Falling birth rates are not an existential crisis for Central and Eastern Europe, but an opportunity
Emerging Europe needs a new growth model with a focus on innovation
Comment