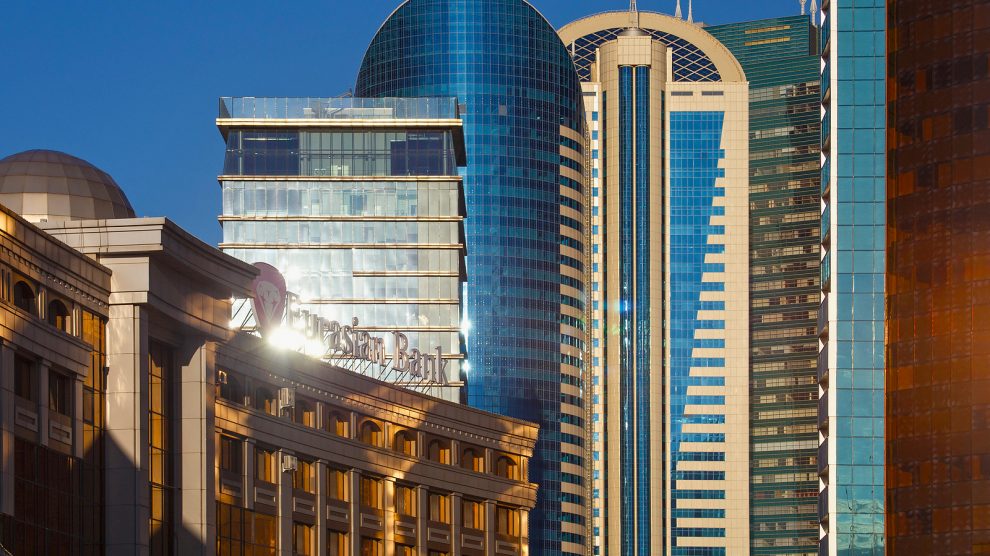 Could an ongoing dispute between two Moldovan investors and Kazakhstan be headed back to arbitration?

Moldovan investors Anatolie and Gabriel Stati have threatened Kazakhstan with a fresh Energy Charter Treaty (ECT) claim over the country’s refusal to pay an earlier award worth more than 500 million US dollars, which Kazakhstan alleges was obtained through fraud.

The threat of a new claim was made on August 5 in a notice issued by King & Spalding LLP, the legal counsel of the Stati family.

The notice – which Kazakhstan claims was released first to the press, and only later served on the country’s Ministry of Justice – states that Kazakhstan has “deliberately flouted its obligation under the ECT to satisfy an arbitral award rendered in favour of the Stati Parties”, and invites the Central Asian country to “resolve the dispute amicably”.

Far from dismissing the possibility of a new claim, however, Kazakhstan has welcomed what it calls an opportunity for an independent arbitral tribunal to carry out “a free and fair review of the Statis’ fraud”.

“The Ministry of Justice would welcome the opportunity to present the mounting evidence of the Statis’ fraud to a newly formed independent arbitration tribunal as soon as possible,” Kazakhstan’s Vice Minister of Justice Almat Madaliyev tells Emerging Europe.

“However, we suspect the ‘notice’ issued by the Statis to be no more than a desperate attempt at securing a settlement from Kazakhstan knowing full well that the evidence of their fraud is being uncovered.”

The legal battle between the Statis and the Kazakh government began in 2010 when the Ministry of Oil and Gas of Kazakhstan terminated the contracts for oil and gas exploration and production of Kazpolmunai LLP and Tolkynneftegaz LLP – companies owned by the Statis in Mangistau province, in the west of the country.

The Statis subsequently sued Kazakhstan under the terms of the ECT, of which Kazakhstan is a signatory, and in 2013 a tribunal at the Stockholm Chamber of Commerce awarded the Moldovans compensation of over 500 million US dollars.

The tribunal ruled that the Statis’ companies had been subjected to “coordinated harassment” by Kazakh authorities, culminating in the termination of their oil and gas contracts.

Kazakhstan challenged the ruling, initiating annulment proceedings while the Statis set about enforcing the award in the United Kingdom, and later in several other jurisdictions.

During the annulment proceedings, Kazakhstan discovered new information which it said demonstrated that the Statis had fraudulently inflated the amount of their alleged investment in Kazakhstan, and thus fraudulently obtained the award.

In 2017 the English High Court (Mr Justice Knowles) found that Kazakhstan had established a “sufficient prima facie case” that the award was obtained through fraud. The Statis later decided to discontinue enforcement in England before a trial on the merits of the fraud was held. They were allowed to do so on condition that the ex parte recognising the award against Kazakhstan in England would be vacated and that they did not seek enforcement in the jurisdiction again in future.

The award has so far been recognised in Belgium, Italy, the Netherlands, Sweden and the United States, but Kazakhstan claims these rulings to have been procured using “a false and incomplete record” and that none of the courts decided on the merits of the alleged fraud. In some of these jurisdictions appeal proceedings are still pending.

Kazakhstan says that it is constantly discovering and obtaining more evidence of the Statis’ alleged fraud. One example is the correspondence between the Statis’ former statutory auditor KPMG Audit LLP and the Statis themselves, in which KPMG raised serious concerns about the legitimacy of multimillion US dollars of costs of the Statis’ Kazakh companies.

In August 2019 KPMG decided to withdraw all the audit reports covering 26 sets of financial statements of the Statis’ Kazakh companies.

Several leading experts in international arbitration, including Professor George A. Bermann, a professor of law at Columbia Law School in New York and founder and director of the Centre for International Commercial and Investment Arbitration (CICIA), have supported the Kazakh claim.

“The Statis’ conduct in this case reveals a pervasive lack of integrity and thus falls decisively short of the standards of truthfulness applicable to parties in arbitration and litigation. [These] are not isolated acts, but rather a full-scale and systematic pattern of deception that began at the start of their Kazakh operations and continued through both the arbitration and the post-award proceedings,” he says.

Another is Catherine A. Rogers, a tenured law professor at Pennsylvania State University, who says that, “for state parties like Kazakhstan, which are working with international organisations, such as the Organisation for Economic Co-operation and Development (OECD), to introduce anti-corruption and rule-of-law boosting reforms, enforcement of an arbitral award that is materially tainted with false or fraudulent evidence sends completely the wrong message.”

The Statis have always opposed Kazakhstan’s claim that they obtained the original award by fraud.

Anatolie Stati is reported as saying “Kazakhstan has orchestrated an international strategy of frivolous and abusive litigation and asset hiding to avoid paying”.

Nevertheless, following the failure of the Statis to rebut KPMG’s concerns, and the sworn deposition in the United States of Artur Lungu, a former CFO of various Stati companies who admitted key elements of the fraud under cross-examination, KPMG took the almost unprecedented step of withdrawing its audit reports, stating that no person should rely on them given that “those reports had been based on false accounting”.

A PwC report from January 2020 puts the actions of KPMG in context.

Kazakhstan has made clear in its response to the Statis’ notice of dispute that the only terms on which it will settle this matter is if the Statis agree to vacate all court judgments enforcing the original arbitral award and pay Kazakhstan compensation for the damages that it claims it has suffered as a result of their fraudulent conduct.

The ECT has a three month “cooling off period” – a time delay that bars a new claim from being filed until three months after an investor notifies a state of a potential dispute.

It is therefore possible that Kazakhstan will now have to wait three months to see if the Statis actually follow-through and start the new arbitration that they have threatened – something Kazakhstan says it would “welcome”, but cannot control.

King & Spalding LLP were approached for comment but had not replied by the time of publication.

Forget the French Riviera, the Albanian coast is the next big thing
Made in Emerging Europe: Watalook, Trickest, Simplicity
Comment