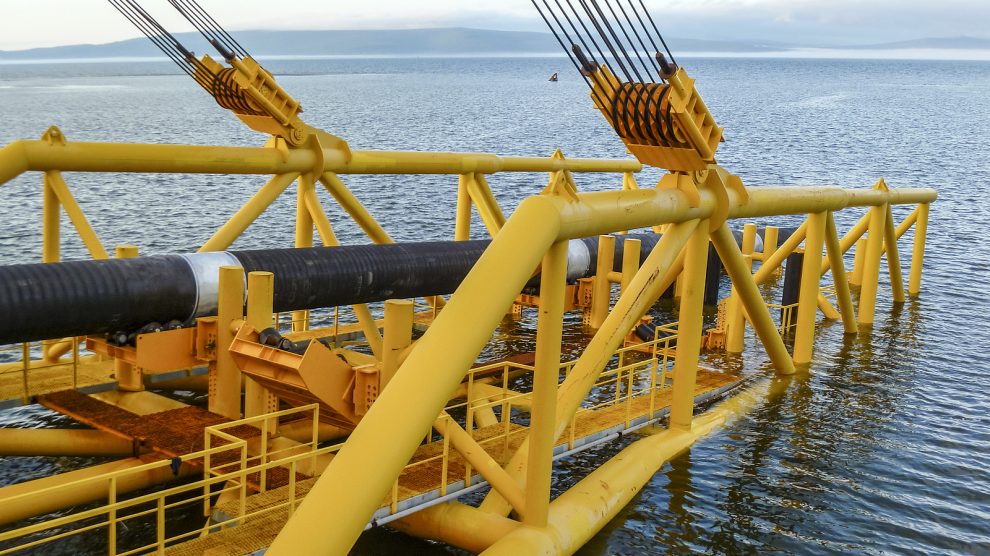 Just days after the controversial Nord Stream 2 gas pipeline edged closer to completion following the laying of a 2.6 kilometre section of pipes in German territorial waters, new US sanctions once again threaten the project.

The US Congress has authorised the White House to impose sanctions against companies constructing the 1,230-kilometre Nord Stream 2 natural gas pipeline from Russia to Germany, with lawmakers overriding President Donald Trump’s veto of a broader spending authorisation bill.

The project is around 94 per cent complete.

The sanctions allow the US administration to target any company involved in the pipeline’s construction, provides underwriting and insurance to pipe-laying vessels, or facilitates ship retrofitting and upgrading.

The sanctions also can apply to any entity that “provided services for the testing, inspection or certification” of the pipeline.

The sanctions will be policed by the US State and Treasury departments. They must immediately identify “vessels that are engaged in pipe-laying at depths of 100 feet (30.48 metres) or more below sea level for the construction of the Nord Stream 2 pipeline project, the TurkStream pipeline project [another gas pipeline stretching from Russia to Turkey across the Black Sea] or any project that is a successor to either such project.”

The introduction of the sanctions represents a new blow for the Russia-led consortium behind the project, Nord Stream 2 AG, which just last week was hailing the completion of a 2.6 kilometre section of the pipeline in the German economic zone. On December 28, the consortium – which includes Uniper, BASF Wintershall Dea, Royal Dutch Shell, OMV and Engie – said that it would now proceed to lay the last remaining pipes, totalling around 127 kilometres, in Danish waters, but did not say when.

The pipeline, which will deliver Russian gas direct to Germany via the Baltic Sea, bypassing Ukraine, has long been opposed by the US and by eastern members of the European Union, who consider it a security risk.

If ever completed, the pipeline – the total cost of which is around 9.5 billion euros – would damage Ukraine’s economy by rendering the country’s gas transportation system largely redundant and depriving Kyiv of significant transit revenues.

Many analysts fear that by reducing Moscow’s reliance on Ukraine for gas transit to EU markets, Nord Stream 2 would also increase the likelihood of a future escalation in the ongoing Russian military aggression against Ukraine.

The day after Congress agreed the new sanctions, the Norwegian firm Det Norske Veritas (DNV), which had been due to issue Nord Stream 2 the necessary certification on completion, said it would be unable to do so.

“DNV GL will cease all inspection activities of the Nord Stream 2 pipeline system in accordance with the sanctions and as long as these sanctions remain in effect. We are implementing a plan to phase out our support for project verification,” the company said in a statement to the Russian news agency RBC.

According to Diana Francis at the Atlantic Council, the latest round of crushing US sanctions is a particularly bitter pill for Russian President Vladimir Putin to swallow “because it comes with his pet pipeline project tantalisingly close to completion.”

“But it now looks set to remain incomplete,” she says.