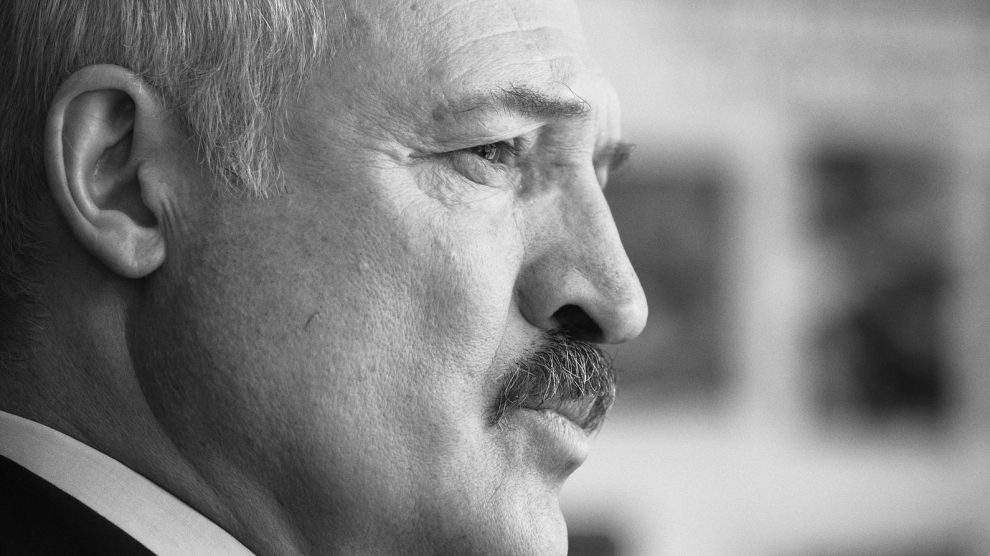 For decades, Belarusian dictator Alexander Lukashenko has kept Russia at arm’s length. Today, he may no longer have the tools to do so.

It has been more than 20 years since Belarus and Russia signed a treaty aimed at uniting both countries in one state.

Since then, Russian President Vladimir Putin and his Belarusian counterpart Alexander Lukashenko have failed – for various reasons – to sign off on a series of road maps that would have led to the full implementation of the treaty.

While there have been talks, and from time to time even public declarations that the creation of a “Union State” was imminent, the actual status of the project has largely remained uncertain.

For many years, this suited both sides.

But three years ago, Moscow started to actively push Minsk towards greater integration on the basis of the many clauses in the treaty.

However, Lukashenko, in power since 1994, has been increasingly reluctant to commit to a final agreement that could diminish his personal power and see Belarus swallowed up by a Kremlin-led superstate.

But ever since a fraudulent presidential election in Belarus in August 2020 that prompted mass street protests, international sanctions and increased isolation, he is running short of ways to resist Moscow’s advances.

Since the beginning of 2021 Lukashenko has made repeated trips to Russia to meet Putin, and the two men have often spent long hours locked in negotiations.

On September 9, the two leaders met in Moscow for the fifth time this year, where they touched upon the economic, energy and military aspects of integration.

As usual, few other details were made public. But it is known that Lukashenko did agree to a road map for closer integration; one that stops short, however, of political union.

The roadmap includes a 28-step programme that aims to bind the two countries more closely than ever. Putin and Lukashenko to coordinate their respective countries’ macroeconomic policies, institute common tax and customs measures as well as harmonise other financial controls.

The Russian president called it a “serious step towards creating a common economic area”, while Lukashenko called it a “breakthrough”.

Minsk and Moscow are set to officially sign up to the roadmap in November, after which the countries will unify their energy markets and deepen economic integration in the face of western sanctions imposed against both their economies.

The role of sanctions

In late 2018, Russia suggested that Belarus would have to accept deeper ties if it wanted to benefit from greater economic cooperation. The two former Soviet countries started intense negotiations, hoping to reach an agreement by the end of 2019 to coincide with the 20th anniversary of the signing of the original union treaty.

But that did not happen.

Lukashenko’s then reluctance caused tension with Moscow, which stopped deliveries of crude oil and gas. This led to a thaw in Minsk’s relations with the West, including with the United States, which made its first oil shipment to Belarus in March 2019.

As Minsk’s ties with Moscow frayed, Mike Pompeo even visited Belarus, becoming the first US Secretary of State to visit the former Soviet country in more than two decades.

Then came Lukashenko’s post-2020 election crackdown, including the hijacking of a Ryanair flight to Minsk to arrest opposition blogger Roman Protasevich, sparking renewed outrage in the West and pushing Lukashenko back towards the Kremlin.

The Belarusian government is still arresting and harassing opposition representatives, civil activists as well as independent journalists. As many as 715 political prisoners remain behind the bars as Lukashenko accelerates his “sweep” of the media and civil society, which he labels as “thugs and foreign agents”.

Sanctions have hurt Lukashenko, as well as his inner circle and businesses linked to him. Belarus’ main sources of foreign currency, such as potash and oil products, have been badly hit.

“Without Russia, Lukashenko’s Belarus would have collapsed long ago,” says Stefano Braghiroli, associate professor and programme director for EU-Russia Studies at the University of Tartu.

“In fact, very much Soviet-style, the paternalistic economy of Belarus, which guarantees a fair degree of socialist-style welfare could be sustained by Moscow subsidies. This is how Moscow initially justified the push for political integration. But now there is an additional factor: Lukashenko is weaker and the only thing that keeps him in power is violence. Without Russia’s blessing Lukashenko would not last a week.”

Western ostracisation of the regime has clearly pushed Lukashenko closer to Moscow than ever, and as a consequence the 67-year-old has again shown his readiness for an integration deal.

“After the last year’s elections, Lukashenko faced unprecedented pressure at home, which resulted in an increasing dependence on Moscow, offering Putin additional leverage,”says Pavel Havlíček, a research fellow at the Association for International Affairs, a Prague-based think tank.

“The leaders have already met five times since the beginning of the year but the subject has been one and the same: Belarus asking for financial aid and paying much more than interest: the debt will essentially be paid with sovereignty.”

However, Russia has for years subsidised the Belarusian economy, primarily allowing cheap oil exports to Belarus which are then refined and sold to western markets at a significant mark up.

Additionally, the Kremlin has provided loans worth at least 1.5 billion US dollars, as well as military aid.

This will all come at a price.

Even though Putin and Lukashenko have not publicly admitted to discussing the issue of political integration, the Russian president has hinted that he wants to lay an “economic foundation” for ever closer union.

According to Havlíček, while for Putin, integration with Belarus is a strategic choice of making his country better prepared for any kind of conflict with the West, the integration process could result in “ultimate control over the decision-making process in Minsk and the loss of sovereignty on multiple levels”.

In all likeliness, Belarus will remain formally independent but extensively integrated into the Russian economy and legal system. But that does not mean that Russia will not politically absorb Belarus at some stage in the future.

Braghiroli says that it is Russia who will make the final call.

“The question is what is possible? Is it convenient for Russia to turn Belarus into one of its regions?,” he asks.

“At the moment probably not,” he says, answering his own question. “Because [last year’s] protests were against Lukashenko, not Russia. To most Belarusians, Russia remains a sister nation and making Belarus part of Russia would not really help the brotherhood between the two nations.

“I think that what we might witness is a progressive merger. The best scenario for Russia would be keeping Lukashenko as a wounded, trapped animal, extremely weak and only there because of Russian protection.”