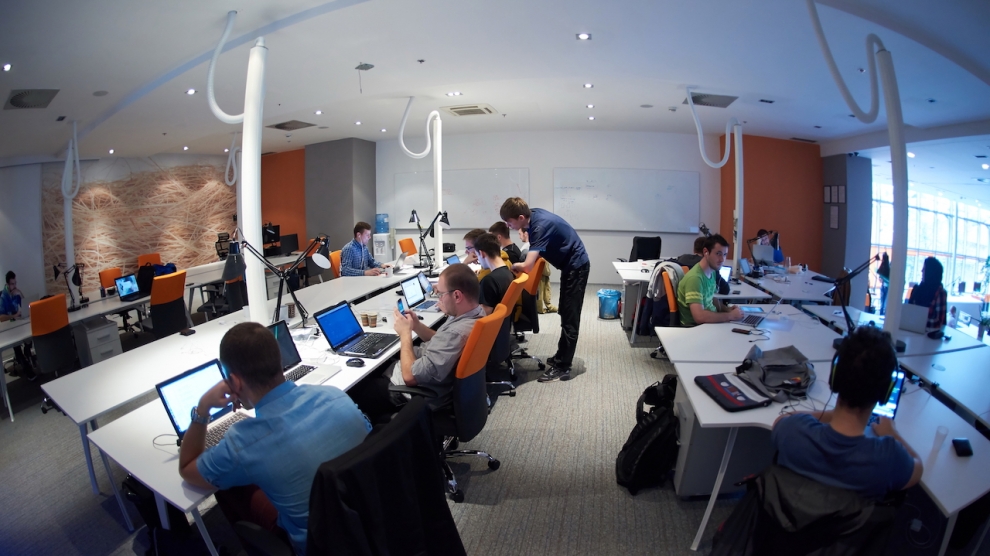 Very few Ukrainian start-ups have so far had to shutter operations, but many say that they need new investment or financial support. Nevertheless, an air of optimism unites most members of the country’s remarkable start-up community.

Ukraine’s start-up scene continues to show remarkable resilience despite the ongoing Russian invasion of the country, although almost half now admit to having real concerns about their ability to continue operations at their current level without revenue, new investment, or financial support.

In a major new survey carried out by Emerging Europe and Tech Emerging Europe Advocates in partnership with the Ukrainian Start-up Fund, the Ministry of Digital Transformation of Ukraine, TechUkraine, Global Tech Advocates and TA Ventures, more than 48 per cent of start-ups said that revenue or new investment would be needed over the next three months in order to allow them to continue operating at current levels. An additional third of start-ups said that they would face problems within six months.

The survey, The country at war: The voice of Ukrainian Start-ups, was aimed at understanding the impact of the Russian invasion on the start-up scene in Ukraine and at defining the most suitable tools to support Ukrainian start-ups.

“The results of this research will allow us to better understand the way the IT industry and the start-up ecosystem has developed during the war, as well as to identify priority spheres for building better cooperation between government, business, international funds and investors,” says Oleksandr Bornyakov, Ukraine’s deputy minister of digital transformation.

Key findings of the survey include the fact that 90 per cent of start-ups say that they need financial support, and that while some Ukrainian start-ups have relocated, the vast majority have kept at least a part of their operations or team in Ukraine.

Headcount among the surveyed start-ups has fallen by 12.7 per cent since the war began. In some cases, start-ups have had to reduce the number of employees in order to make savings, while others have seen team members leave to undertake military or volunteer service. Others, however, have actually added staff.

“Amid the severe war-induced depression of Ukraine’s economy, the tech sector has shown unprecedented resilience, adapted to the new reality, and operates despite these extraordinary conditions,” says Ewa Chronowska, CEO at Vestbee, the largest platform for start-ups, VC funds,
accelerators and corporates in Central and Eastern Europe.

“Today almost everything is stored in the cloud, and the ability to work remotely is a huge asset that lets Ukrainian start-ups continue operations. We all hear stories of founders working and pitching from bunkers.”

Viktoria Nalyvaiko, a co-founder of BazaIT, a career and talent development platform, sums up the challenges faced by many Ukrainian start-ups.

“The life of everyone in Ukraine changed dramatically on February 24, and our team is no exception,” she says. “The war brought instability and uncertainty, fear for the team, worries every day for the safety and emotional state of everyone. We have lost paying customers, sales have been unpredictable.”

But the circumstances, no matter how hard to admit, also brought their own opportunities, she adds.

“We realised that our product will be in demand after Ukraine’s victory and we have concentrated on improving it, even bringing in two new people to join the team. We want to bring local Ukrainian companies to the international arena, to develop the IT industry of our country.”

The need to adapt

Alyona Mysko, founder and CEO of FuelFinance, a cloud-based accounting platform, says that since the early disruption, her firm has, like so many others, adapted.

“I’m still having many one-to-one meetings with all employees to support them and their families,” she says. “We still have much internal communication. We have to run our business and serve our clients. We are doing that. Plus, our country needs financial support. Ukrainian businesses need to remain viable. Employees need salaries. Most of Fuel’s employees are still in Ukraine. We’re working hard on Fuel while volunteering and helping the military forces and other businesses.”

The resilience of the Ukrainian IT and start-up sector has been one of the most inspirational stories of the war so far, and reflects the country’s ongoing ambition to become a global start-up hub, outlined in early February, just weeks before Russia’s invasion, by President Volodymyr Zelensky at the 2022 Diia Summit in Kyiv, a showcase for Ukraine’s digital transformation.

“We want to more than double the size of our IT sector by 2025, from four per cent of GDP today to 10 per cent,” he said. “That would see the size of our tech sector reach 16.5 billion US dollars, and make it the largest tech hub in Europe.”

Incredibly, despite the tough economic, political and social conditions, two Ukrainian tech companies have, since the war began, joined the growing crop of Ukrainian unicorns — airSlate and Unstoppable Domains. Ukraine’s Preply meanwhile raised 50 million US dollars to scale up globally.

A recent Forbes survey meanwhile suggests that less than four per cent of more than 250 start-ups in the portfolios of the most active VC players have significantly reduced turnover. The 10 largest venture capital firms reported that among 245 start-ups in their portfolios, none have so far terminated their operations.

Andriy Myrhorodskyi, CEO of cleantech start-up BioBin, is indicative of the optimism that remains throughout the start-up community.

“Since Ukrainians are used to digital solutions in many industries, we decided to relaunch our efforts with a completely new product. We are developing a minimum viable product (MVP) of automated recycling bins run with a smartphone, that has a built-in, sort-to-earn function,” he says.

“We believe that post-war, Ukraine shall become a more progressive nation with a strong, EU-integrated economy.”

You can download a copy of The country at war: The voice of Ukrainian Start-ups, here.