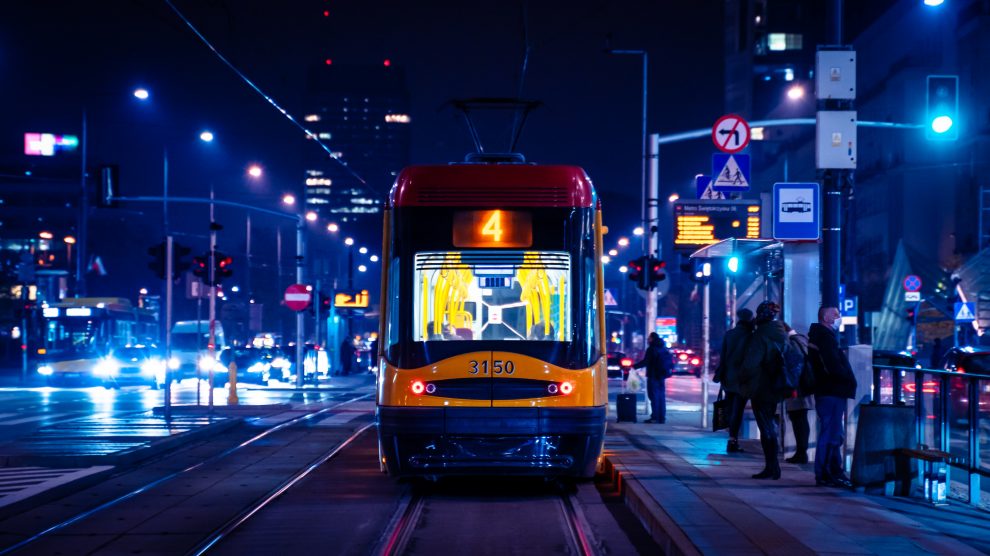 I didn’t know what to expect.

I knew that social media and the comments sections below media articles tend to attract people with perhaps too much time on their hands, who might harbour frustrations and not be entirely sane.

But I also thought that this is a space that allows for something real, visceral, unedited and authentic to be said.

My fear was that it would repeat the old stereotypes, that a foreigner would never understand Poland, that by definition whatever he says is wrong, or naive, or conceals some kind of anti-Polish current.

Or, on the other side, is the view that only the foreigner sees quite how bad things are.

So, being a foreigner means one occupies a peculiar position of wise observer or naive fool, or both.

I decided then to translate and lay out the comments from the article as on Monday, April 12. They are below.

rattus-rattus 04/07/2021, 20:02
I am not surprised that Jo Harper’s mother did not understand the message of the Uprising Museum, if every second Polish child leaves there believing that we won.

deathofmankind 07/04/2021, 20:27
This idealised image of Poles is only out of courtesy. After all, this is a people with a slave mentality, always complaining about “optimists” in the sense that “I will not wear seat belts, because of what can happen to me”. You can see how they do not look down on others when they say something about Romanians or Ukrainians, not to mention “ragheads”. One thing is correct – they do not admit their ignorance. They don’t even realise its scale.

Longmire 04/07/2021, 19:59
It is also worth noting that Poland does not understand the West, as evidenced by the elections in recent years.

slipert 04/07/2021, 20:26
Poland’s biggest problem is that nearly half of its population has a typically eastern mentality, similar to that of Putin’s followers in Russia.

PLXXI 04/07/2021, 21:02
All the guy had to say about our history were pre-war Jews and Jedwabne. Wow, he has lived here for 30 years and thinks that is important to most Poles? The other threads are also revealing. I suggest that you interview someone who has something to say and whose only advantage is not a passport.

[email protected] 04/07/2021, 21:10
Great respect for this person. However, it seems to me that you have not fully understood the Polish twist, the one from the comedy by Gabriela Zapolska entitled “The Morality of Pani Dulska” and this twist from the 21st century. The one who defends the pedophile priest, the one who stretches out his paw for the “pinnette” +, the one who says about the bandits “accursed soldiers … etc. etc. I welcome you very much and I wish, and of course you, that we live in a normal country.” Without pis …, etc.

Alexamar 04/07/2021, 21:05
The English, well, since I’ve dealt with them in Portugal, I like them less and less. They voted, living here for Brexit, with the clear conviction that everything would be as it was. Now, when it is not and, for example, from Spain they are kicked out after 90 days of stay, they are screaming and cursing the EU. They always stuck their noses up here, and the locals were there to “learn from us”. All in all, I understand the Englishman from the text that he doesn’t want to go home, I don’t even feel like going there as a tourist.

NS2020 07.04.2021, 21:30
“… stories about Poland from before the war, from stories about Polish Jews, from a detailed account of what happened to them during the war. It is still one of the most important topics in the contemporary history of Poland …”
My hands drop. It is absurd to reduce our history during World War II to the cause of the Jews.
Action Intelligenzaktion, Action AB, Palmiry, Volksdeutscher Selbstschutz, Operation Tannenberg, deportation to Siberia, round-ups, forced labor in the Third Reich, concentration camps, Pawiak, Katyn, General Gubernia, Kraj Warta, Volksdeutsche, Gestapo, NKVD, etc.
These are the things the Polish family had contact with in World War II.
Hunger, hopelessness and constant fear that a German might kill you without blinking an eye.
And a great relief when the Germans ran away through the Reds, combined with the fear that the Russians would not rape half of your family or you. These are the feelings that accompanied most Poles during World War II.

MarcinFromJasoom 07/04/2021, 21:15
It’s always good to listen to what non-Poles say about Poles. Even if not everything (in our opinion) is correct. This gives you some perspective.
I personally do not understand most Poles either. I think it would be good if they understood that Poland is by no means a special place. From the world perspective, and even from the European perspective, nothing is so important in Poland. When this happens, we may finally start asking better, wiser questions, and by trying to answer them, we will improve our situation in Poland, which will later translate into a better image of Poles from the outside.

xerra10 April 7, 2021, 20:30
Oh, how cool. A bit of a rational, healthy and cool perspective on Poland and Poles. A nice change from our constant madhouse.

merdeka08.04.2021, 01:17
Not only the West does not understand Poland … I do not understand my country either!
As for xenophobia, I cannot imagine the reaction of Poles if as many foreigners lived here as in the UK.
The fact that about a million Poles settled in the UK after Poland joined the EU is not only a matter of a higher standard of living, but also of more open horizons of the Islanders. When will we be able to get married with the same sex? And euthanasia cannot even be discussed here.

entasis 04/07/2021, 22:37
Anecdote: in the times of the People’s Republic of Poland, my son’s friend managed to get a several-month-long passport to France, where he worked as a draftsman for a designer of Polish origin. He worked well, the boss was pleased, he wanted to keep him longer. Well, it was necessary to arrange the relevant formalities in the office. And there, a dark-skinned Algerian woman said with a sneer: we don’t need strangers here…

Edward P Kurek 07/04/2021, 22:00
This issue would never have arisen had it not been for the inborn tendency to be foolish and manipulative. We slowly lose our sense of time and place, moving to “another dimension” with a childish conviction of our own extraordinary cunning.

tatuspdd07/04/2021, 23:43
I have been living outside Poland for fifty years. I have been to many countries. Always returning to Poland to visit, I compared “that” world with Poland. In my opinion, we are all the same all over the world. The difference is, through which “regions” you look. In the age of the internet, we will still be “the same”

hellbo 04/08/2021, 10:59
And I liked it better when a journalist questioned foreigners during one of the street polls what they thought about Poland. Finally, one Briton replied to him, “You are a nation of 38 million in the heart of Europe. You should know what they think about you.”
And I wish this approach to all Poles. Because this eternal national tension is due to complexes. You have to have it somewhere.

james peacock08.04.2021, 09:44
“The West does not understand Poland.”
Well, it’s rather difficult to understand a schizophrenic, so likewise no normal person understands what is happening in this ********* country.

uthark04.04.2021, 09:37
“Poles also never admit to ignorance.”
And that’s a really big problem that I can’t understand. Besides, not everyone is unable to admit their ignorance. I can confess, my wife-teacher will also tell the student that she does not know something, if she does not know it. This is no laughing matter. You can always make up for ignorance. Nobody is alpha and omega after all.

Jasinek277508.04.2021, 17:31
For example, I do not understand English people on Brexit because it is ridiculous for me to leave the EU by two per cent because I assume that at least 10 per cent did not know what the matter was and only understood after the fact what it led to

kkkkkkkkkkkkkkkkk 04.04.2021, 15:40
Poles’ great-grandfathers were serfs. That’s the mentality we have, unfortunately. During both world wars, practically the entire intelligentsia was murdered. That is why we are backwater, quarrelsome, greedy for scraps (500+), short-sighted and we do not distance ourselves from each other. The fact that you could get free education under communism didn’t even help. The saying that the peasant from the village will come out, but the village will never leave the peasant, is true.

PyK-11 08/04/2021, 22:24
That is, traditionally in Poland: any analysis on any topic must end with the Second World War. Even if it is made by a naturalised Briton.
We could all use collective, serious psychotherapy.

mbar 04/08/2021, 11:09
“Poles will never admit their ignorance” – and that’s the whole problem. Everyone knows everything and no one has humility and does not want to learn. Meanwhile, education in Poland is very poor.

AlikResurrectus 04/09/2021, 16:42
Honestly, I didn’t understand the contradiction between “hating conservatives” and “loving skiing in the Alps”
– After all, it was the conservatives who led to Brexit, thanks to which the trip to Europe may (but does not have to) be more difficult and costly for the British than before.
Was Jo Harper’s trip to the Alps a status symbol? Damn – then we probably not only caught up, but we are starting to overtake the UK – for Poles staying in national ski resorts is only slightly more expensive than going to Austria or Italy for skiing.

Photo by Adam Borkowski on Unsplash.

Seven years on from the Odesa clashes, questions remain
In Poland, All Lives Matter!
Comment