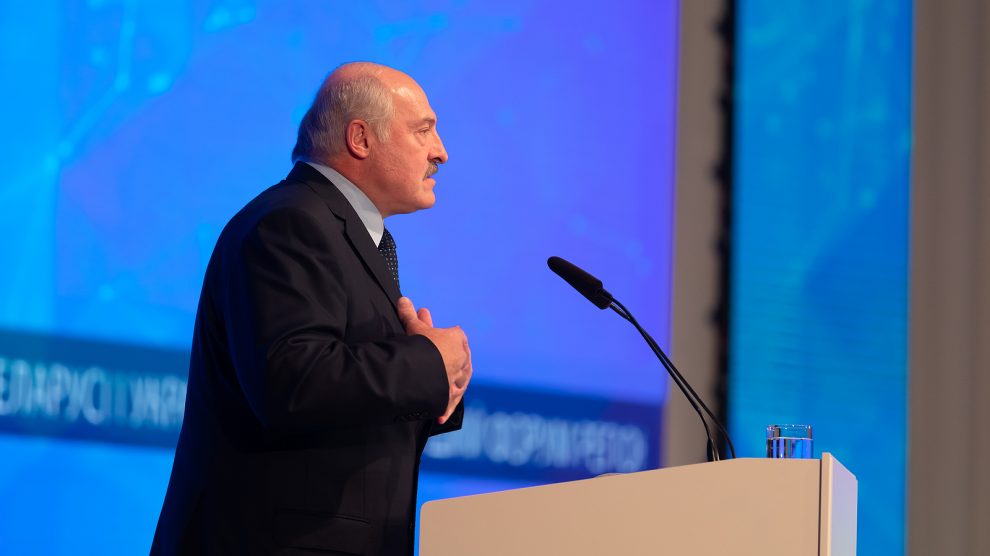 Regular readers of this column (I am assuming, of course, that such people exist…) will remember that last year I wrote a short piece reprimanding those sections of the media who continue to portray politicians in emerging Europe as either “pro-European” or “pro-Russian”.

“It is not a case of ‘pro-European’ or ‘pro-Russian’, it does not have to be either/or,” I wrote. “The world is not – much to the chagrin of large parts of the media – black and white. There are myriad nuances, local issues that voters care about far more than geopolitics. To suggest that Moldova, Belarus, Ukraine, Georgia, and Armenia exist only in the framework of ‘EU versus Russia’ or ‘East versus West’ and will be swallowed whole unless they pick one side over the other is willfully naïve.”

I stand by those words and will continue to preach the gospel of a more subtle and in-depth approach to reporting the eastern part of Europe. I will also continue my war on cliché, and since August last year, few clichés have been more prominent than “Europe’s last dictator”, a label directed at the president of Belarus, Alexander Lukashenko. It cropped up again this week (disappointingly, in the journal of a leading London academic institution).

On August 9, 2020, Lukashenko declared himself the winner of a presidential election with an implausible 80 per cent of the vote. By any objective measure, the opposition candidate Svetlana Tikhanovskaya comfortably won the election.

Widespread protests followed immediately, met with brutal force by the Belarusian security services which remain loyal to Lukashenko. Tikhanovskaya was forced into exile in Lithuania, her husband (who had been barred from standing in the election himself) and campaign team arrested along with tens of thousands of protesters.

Journalists have been jailed simply for covering the anti-Lukashenko demonstrations.

Hope for democratic change in Belarus remains, but is fading fast.

As such, there is no doubt whatsoever that Belarus is a dictatorship, and that Lukashenko, who has been president since 1994, is its dictator. But is he really Europe’s last?

According to Freedom House, a US-based organisation that conducts research and advocacy on democracy, political freedom, and human rights, there are at least two other countries in Eastern Europe which are classed as “Not Free”, what we might call a euphemism for dictatorship: Azerbaijan and Russia.

In Azerbaijan, power remains heavily concentrated in the hands of Ilham Aliyev, who has served as president since 2003, and his extended family. Freedom House claims that, “corruption is rampant, and the formal political opposition has been weakened by years of persecution. The authorities have carried out an extensive crackdown on civil liberties in recent years, leaving little room for independent expression or activism.”

As in Belarus, Azerbaijan goes through the motions of holding elections but these are neither free nor fair, according to Freedom House. The most recent parliamentary poll, in February 2020, saw the ruling New Azerbaijan party win a comfortable majority, in an election that the Organisation for Security and Co-operation in Europe (OSCE) described as “devoid of [the] political engagement that is essential to a competitive environment in which voters have a genuine choice.”

As for Russia, to suggest that Vladimir Putin is anything but a dictator is laughable.

The Russian regime is also not shy of – allegedly – attempting to assassinate its opponents, most notably Alexei Navalny, who claims that his near-fatal poisoning with the Soviet-era nerve toxin novichok last year was carried out by agents working for the Kremlin.

Having dared to survive the poisoning, Navalny is currently serving a prison sentence in a penal colony 100 kilometres from Moscow.

Aliyev and Putin are undisputedly members of the global collective of dictators: so why the insistence that Lukashenko is Europe’s last?