Since leaving office Toomas Ilves, president of Estonia from 2006-16 and driver of the Baltic state’s world-leading initiatives in e-government and cyber security, has become a roving advocate for digital government. Early in November he told the 2017 edition of the Microsoft Summit that those countries wanting to emulate Estonia need to “mind the gap” between the pace of digitalisation in the private and public sectors.

Speaking at Romania’s National Theatre in Bucharest, where this year’s summit was held, Mr Ilves – also now a visiting professor at Stanford University – shared with a rapt audience how Estonia’s small size had determined the country to fight above its weight.

“Digitalisation and technology were the only way to do that,” he explained. “We began by hooking up every school to the internet: that was completed by 1999. We then kept the schools open after classes had finished so that anyone could use the internet connections. That way, we were able to get lots of people on the internet fast, and using it quickly became a fact of life.”

Estonia’s real digital revolution began in 2001, however, when the country introduced ID cards with chips in them. A law was also introduced making the new ID cards compulsory.

“Two-factor authentication was crucial in convincing people to trust the new technology,” Mr Ilves said. “The fact that the entire digital world lives in a system where you identify yourself with an email address and a password is outdated. It may have worked in the 1980s, but not today when there are billions of people using the internet. Every password can be hacked; it might take longer these days, but it can still be hacked. With the chip, not only are we more secure but we can do so much more, most importantly we can sign documents. With this digital, legal signature you can do anything you could do before but cuts out the need to physically go to places. So much so that in Estonia the number of instances in which you must be physically present to sign anything has been reduced to just three: when you get married, when you get divorced, and when you buy or sell property. That’s it.”

‘It is all done automatically’

Even from some members of the audience hailing from western European countries, the level of digitalisation in Estonia which Mr Ilves described brought gasps.

“When a child is born, details are sent straight from the hospital to the local authorities. The birth is registered, and the child is assigned a local paediatrician. It is all done automatically, the parents do not need to go anywhere,” Mr Ilves said.

Estonians have been filing taxes online since 2001. They have been able to vote online since 2005. In 2007 even public safety went digital. As such, Estonian police are no longer allowed to stop cars for technical checks, as all the relevant data is available using their onboard computer. This has made the police 50 times more efficient.

What makes Estonia unique in so many regards is how the state has led the country’s digital revolution. “But the beneficiary is not the state,” says the former president. “It is ordinary citizens, who live in a country that works better for them. In a few minutes they can do what used to take hours.”

Küllike Johannson-Singer is a young entrepreneur who runs a small publishing business in the Estonian capital Tallinn. We asked her if life in Estonia really is as digital, and as easy, as Ilves makes it out to be. 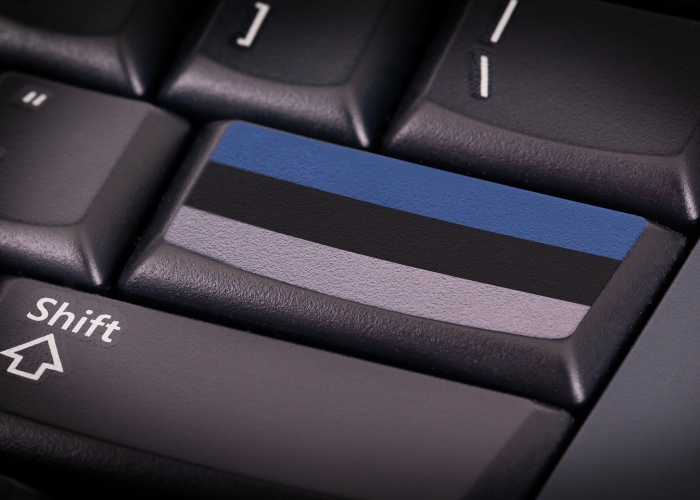 “It’s all true,” Mrs Johannson-Singer told Emerging Europe. “I haven’t visited a state institution in 10 years or more and during that time I have had three pregnancies, complete with pregnancy leave, births, daycare and school registrations: what would have before meant lots of paperwork. It’s all been made so easy, you just need to go online, log in with your ID card (which is on your mobile too), and press click, and confirm. All institutions are connected, so if you enter information on one site, the other institutions that need to know are notified automatically. People here roll their eyes if they need to actually go anywhere in person as it’s just unheard of, and such an unimaginable burden.”

Children, however, Mrs Johannson-Singer explains, might not be altogether happy with the way the education system has been digitalised. “E-school is a blessing for parents and teachers and a curse to students, as all the homework tasks and any other communication between teacher and parent goes online,” she said. “All the grades are online too, so a parent can follow everything that is going on at school on a daily basis.”

“Another thing I find beneficial is the digital healthcare system, where all your health records are kept in one accessible place so that whichever specialist you go to see, they can easily pull the results of your latest blood test or see which meds you are taking. All the prescriptions go to an online system so you can just send an email or call your doctor and ask for a renewal, and then go to any pharmacy in Estonia and get your meds within 10 minutes.”

One of Estonia’s biggest success stories has been its e-residency programme, introduced in 2014, which allows people from anywhere in the world to open a business and bank account in Estonia, and therefore the EU. “The e-residency programme gives those interested the right of establishment in the EU. This is of interest to Ukrainians, Indians and now Brits. It doesn’t give you any political or residential rights, and it is not suited for large companies. But if you have an SME and you operate out of Brighton, for example, and you want to enjoy the benefits of trading in the EU, using the digital residency system is perfect,” says Toomas Ilves.

But how safe is all this digital information?

“Very,” confirms Mr Ilves. “We use blockchain technology in order to protect our citizens’ digital records.”

When taking the first steps towards becoming an e-state, Estonia understood that the risk of cyber-attack will always be part of an information society, a risk that must be taken seriously. Although blockchain has only become mainstream in recent years, Estonia has led the way in the blockchain revolution: the Estonian government has been using the technology since 2008. “Remember, the system has survived numerous Russian cyber-attacks, so it can probably withstand anything,” adds Mr Ilves.

Estonia is ranked by the World Bank as the third easiest place in emerging Europe to do business, and 12th in the world. It is also the leading country in the region in the World Economic Forum’s Competitiveness Index (and 29th overall).

“I set up a company for my husband in 20 minutes,” says Mrs Johannson-Singer. “In 30 minutes you are ready to write out your first invoices.”