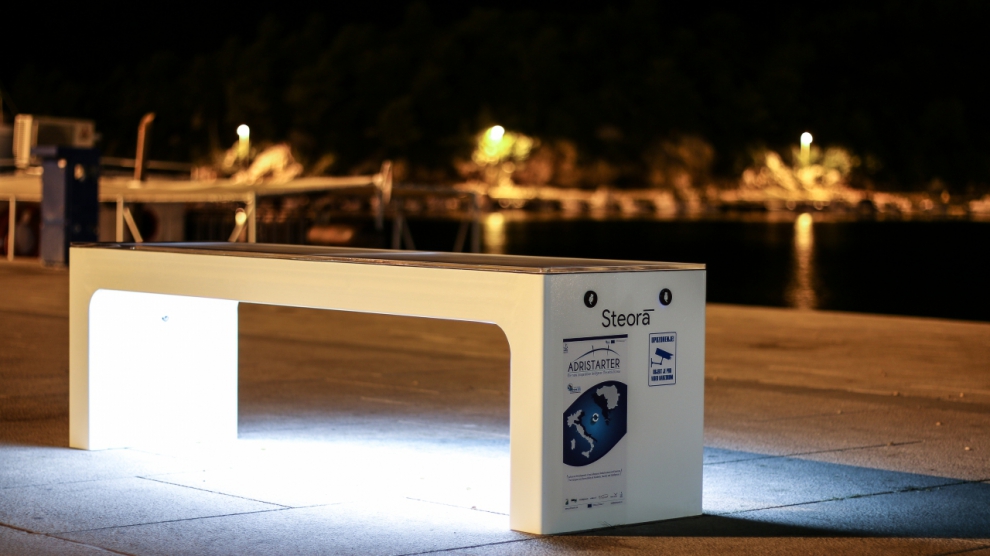 ‘Technology is a driver of equality and inclusion and we want to find undiscovered potential around us, and use it to create amazing technology products, designed to improve lives of urban users,’ says Ivan Mrvoš, 22-year-old CEO of Croatian Include. He spoke to Andrew Wrobel about his flagship product and his goal to become a leading provider of smart city solutions.

What’s the story behind Include? It’s certainly an interesting name.

Well, yes! We are a Croatian internet of things company and we offer smart city products, especially street benches, called Steora, and we are currently present in over 20 markets globally. Our target now is European markets such as the UK, Germany, Spain, France and Italy. We already have a few benches there but in 2018 we’re starting new distribution channels.

So what makes Steora unique?

Our benches are solar-powered and all the energy is stored inside of their battery system. Users can charge their phones from USB ports. There is also wireless charging on the side. Every smart bench is equipped with free Wi-Fi, so we have a Wi-Fi hotspot system. Some benches can provide energy for street lamps. All Steora benches which are placed outdoors have a cooling system – fans, which turn on when the temperature reaches 35 degrees Celsius.

We have 15 sensors that measure everything including air quality, temperature and humidity, the number of users, how many phones are charging on USB, how many people are connected to the Wi-Fi, and all the information is sent on our servers and our customers. Let’s say, the City of London, if they have 50 benches they can see and track every bench with a GPS — the exact location of the bench — and they can see how many people use a single bench, how much energy they get from solar panels and so on.

We also have a cool feature: a software update, just like with the Tesla car you have new updates and it extends the range. Also, we have the same software updates so we’re updating our benches every three to six months when we have something new that makes the bench more efficient.

So who do you want to buy your benches?

Is it a large cost for a city or a shopping mall?

Well, the price of the bench on the UK market is £2,699 and our prices are exactly the same in every country in Europe.

Why do you think cities or shopping malls should buy this particular bench?

Currently, everybody is talking about smart cities. Steora is the simplest and most easiest way to start a smart city project. They don’t need to start with a huge, complex project. How about your competition?

We do have different competitors with different prices but nobody offers products that are exactly the same. All of them have the same goal — the solar panels and the charging of the phones — but all of the sensors and the dashboards, so the platform where you can see all the information and software updates, that’s something that only we have. This bench is completely produced in Europe, so we’re developing everything. We even developed our own solar panels specifically for this bench. They are produced in Croatia, not in China or somewhere else. We’re really taking care of the details and every part of the bench.

We have great customer software and technical support for our customers and they can contact us 24/7. This bench is relatively simple to operate but we’re currently doing bigger projects than that, let’s say, in Albania. In one city, we have 20 benches, but they are actually powering up the CCTV system. Every bench is used to power one CCTV camera and the camera is holding the video stream for the street. They have it in 20 locations and they are streaming everything using the internet straight from the bench.

That sounds quite sophisticated. How do you convince your clients they need such benches?

Most cities are buying them because of the additional service in the public space they offer for their citizens. This is like a social support where, especially younger people will hang out and, you know, they are always playing with their phones.

It seems like you are a very young person yourself. How did you come up with the idea?

I am 22 and I started when I was 19. My grandma gave me the first money. I went to her apartment and she gave me €600 and two sandwiches to go. She was my first investor, but she didn’t want any equity or anything.

You were lucky, right?

I was, yes. With that money, I didn’t actually manufacture a bench but a different product. It was an LED chair, a chair for coffee shops that could glow in the dark, that you could use to charge a phone but the idea failed because they were too expensive. The LED chairs only ran on batteries and I wanted to create products using solar panels. Then I realised I could make a bench with solar panels for cities, municipalities, and public locations so I sold my electric guitar to buy material for the bench. It was not similar to Steora. It had a different shape but it had similar basic functionalities. It took me almost a year not only to produce a bench, but also to learn something else about the business, the economy, and different things.

In 2015, I produced the first bench in Europe. Nobody had produced such benches before. And I sold it to Solin, my hometown, a small town near the Adriatic coast. After that, the media in Croatia went crazy. They all wrote about a young genius manufacturing benches. In that year, I produced about 30 more benches and within two years — 400.

So what will Include be like when its founder turns 30?

We are currently working on becoming one of the most important companies offering products and solutions for smart cities. Currently, we’re working on Steora and we are planning two or three different products in the next three years, for example, related to smart parking systems.

How many employees are there in the company?

35. Compared to last year, we have grown by about 400 per cent in terms of the number of employees, revenues. 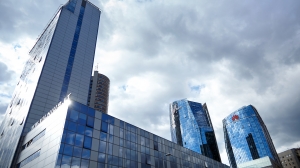