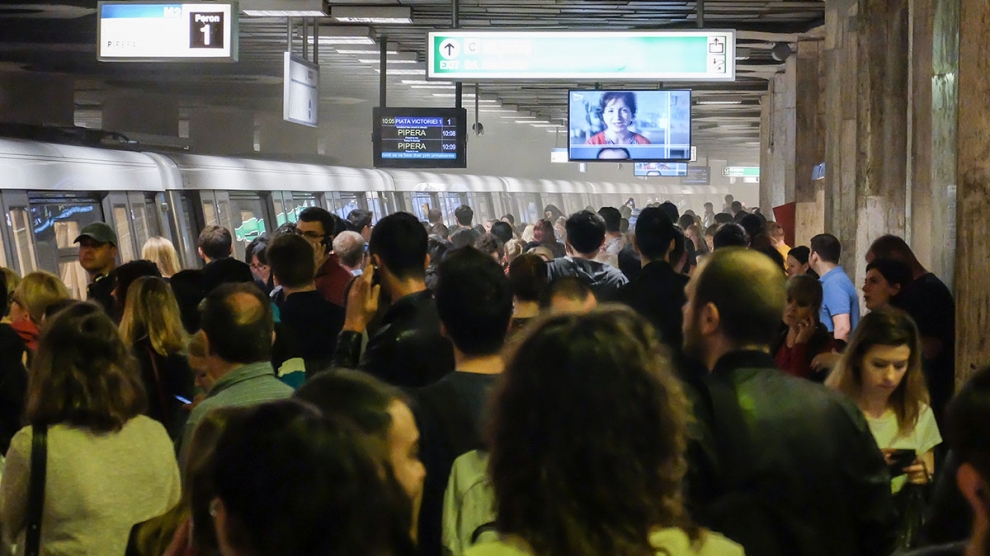 Emerging Europe's editor-in-chief Craig Turp - who lives in the Romanian capital - talks to Ciprian Ciucu, a city councillor taking the fight for a better Bucharest to the very heart of its administration.

Ciprian Ciucu is busy. For him – as for most city councillors in Romania – politics is not a full time job, the modest stipend he receives is far from enough to provide a decent living. When not doing battle with an inefficient city administration he therefore works as a consultant, delivering training sessions across emerging Europe: when I spoke to him – almost two years to the day since he was elected as a councilor, and Gabriela Firea was elected mayor – he had just returned from the Western Balkans.

One of the most vocal and effective critics of the mayor on the city council, Mr Ciucu – who represents the National Liberal Party (PNL) – has had to face some very public threats from the socialist Mrs Firea of the PSD, sometimes delivered from her lofty position in the council chamber. These have not dampened Mr Ciucu’s appetite for battle, nor dented his ability to scythe through the mayor’s administration, which he sees as little short of a disaster.

“Bucharest is a city that for a long time has lacked any coherent public policies,” he says. “City Hall’s capacity to act strategically is extremely limited and measures taken at city level have no effect. That’s why the city is disintegrating. The risk of buildings falling during an earthquake climbs from year to year, the city’s centralised heating and hot water system (the second biggest in Europe) leaks like a sieve and causes huge losses for the capital’s budget. City Hall is incapable of implementing (or simply doesn’t want to implement) any policies which will reduce traffic congestion, something which is causing terrible pollution with grave consequences for the health of the population. These are the main problems Bucharest faces, all caused by decades of managerial incompetence, accentuated over the past two years.”

To the newly arrived visitor Bucharest can look very different to the city Mr Ciucu describes. On the drive in from the city’s airport (which has its critics but is far from being the worst in the region) investors and business people will no doubt be impressed with the many gleaming skyscrapers that have gone up over the past few years in the northern Pipera district.

Packed as they are with IT companies and BPO service providers making use of a highly-skilled workforce these buildings nevertheless offer a view of Bucharest that can be somewhat misleading. For at ground level infrastructure has long passed breaking point. The traffic congestion Mr Ciucu speaks of is the worst in Europe. Public transport operates way over capacity. One of the main reasons developers chose Pipera as a location for their projects is its access to the city’s main metro line. That line is now regularly closed during peak times to prevent dangerous overcrowding.

“Bucharest needs medium-term policies designed to change the way people approach urban travel,” says Mr Ciucu. “We need to encourage people to stop using their own cars and reorientate them towards both public and alternative methods of transport: bicycles, electric scooters. But for this to happen we need to invest. We need to continue to invest in extending the metro, in shortening travel times for buses and trams, in better connecting the various forms of public transport. We need dedicated bike lanes, and we need – by introducing a congestion charge – to discourage people from using their cars. But this can only happen after we have given people decent alternatives.”

So how does he see the mayor’s performance, halfway through her mandate? From what he has told me thus far, I assume he is not a fan.

“Up until now she has delivered nothing,” he says. “She cannot point to a single project initiated by her team which has been completed. She cannot point to a single quality of life indicator that has improved on her watch. For two years she has been a mayor in vain. In her characteristic style she continues to make promises but delivers nothing. Her only merit – and here it depends how you view things – is that she has massively increased social spending. But anyone can do this: it’s easy to hand out cash to your electorate, far less easy to invest. Investment requires managerial know-how.”

One of the mayor’s most controversial projects has been the creation of 22 companies – all owned by City Hall – in 22 different fields from infrastructure to tourism, IT to sport, which have been handed more than 200 million euros of public money. Earlier this year the Romanian Development Coalition, a private, non-political initiative which gathers together 25 business associations with the aim of being a common voice for the business community in Romania, fiercely criticised Bucharest City Hall for what it calls “the distortion of the free market.” Ciprian Ciucu – one of a number of Bucharest city councillors the mayor threatened with legal action if they did not vote to approve the creation of the 22 companies – agrees.

“There is no precedent, anywhere in the world, of a municipality setting up 22 state-owned companies in 22 different areas of operation,” he tells me. “These are companies with huge budgets, few employees and no real capacity to actually do anything. And even if they could have an impact they would distort the market, damage the competition and Romania would risk European Union sanctions for breaking the rules on illegal state aid. Chances are though that they will simply remain inefficient companies which waste money.”

Mr Ciucu is many people’s pick to take on Mrs Firea in the next round of local elections, due in the first half of 2020. He believes that the first-past-the-post voting system, which allowed Mrs Firea to be elected in 2016 with just 42.97 per cent of the vote, makes it imperative that the opposition will this time be united.

“The mayor, and those behind her, are very powerful,” he says. “They have in their hands an annual budget worth more than 2 billion euros and access to a number of communication channels which are far superior to those of the opposition. The opposition will have no chance in 2020 if it will not be united: a single candidate for mayor of the city and a single candidate for each of the city’s six sectors. If the opposition does not win the local elections in Bucharest then it can stop thinking about winning the parliamentary vote (due at the end of 2020) and forming the next government.”