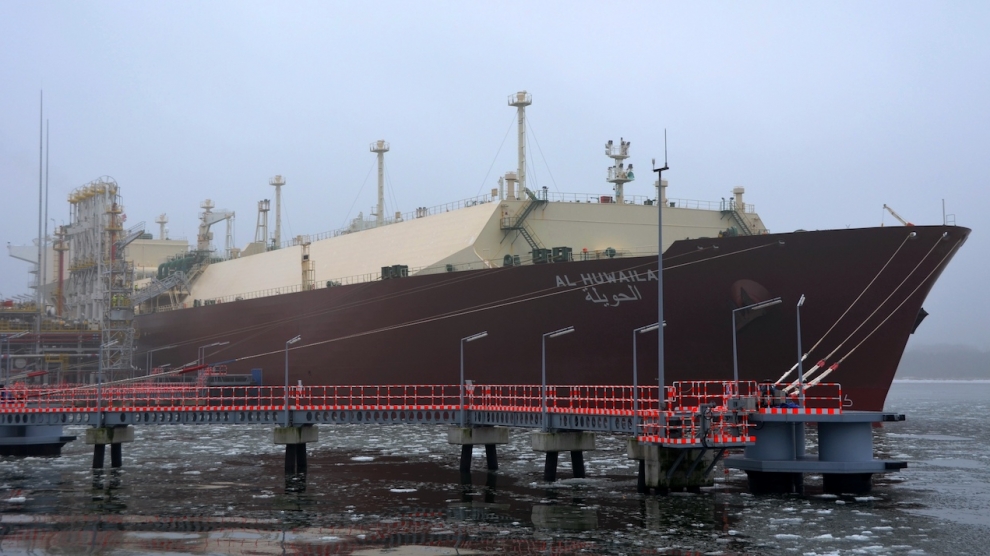 Since the very first delivery in December 2015, over two million cubic metres of liquefied natural gas (LNG) have been delivered to the LNG Terminal in Świnoujście, Poland, from Norway and far-off Qatar but, soon perhaps, also from the US. Today, the terminal delivers gas to customers across Poland, but there are opportunities for gas transit to businesses operating in Ukraine, Slovakia, the Czech Republic and Hungary.

Piotr Kuś, Head of the Brussels Business Unit at Gas Transmission Operator, GAZ-SYSTEM, the owner of the LNG Terminal in Świnoujście, talks about the gas market in Poland and the increase in gas supply diversification across Central and Eastern Europe.

What are the main differences between the gas markets in Western and Eastern Europe?

Historically, Eastern European gas markets are highly dependent on gas supplies from a dominant supplier. Therefore, compared to Western Europe which has a highly diversified supply structure and developed markets, their exposure to supply disruptions is much higher. Infrastructure is another element that differentiates these two regions. Although, interconnectivity between Eastern and Western gas markets has improved in recent years, thanks to investments in new interconnection points and reverse flows, further investments in infrastructure are required, in this part of Europe, to integrate the national transmission systems and to provide them with new sources of supply.

With regular LNG deliveries arriving at the Świnoujście LNG terminal from Qatar and Norway, how is the role of LNG evolving in Poland and in the whole CEE region?

With last year’s commercial commissioning of the LNG Terminal in Świnoujście, Poland has opened itself to the LNG, one of the most prospective fuels, and to its global and liquid markets. The LNG terminal has allowed Poland to have a first, physical, alternative supply source which is a historic milestone. At the same time, it has also created the possibility to supply LNG to other countries in the CEE region; to Ukraine and, in the future, to the Baltic States also. LNG also has an additional important role because it enhances competition among different supply sources. Half a year after the commissioning of our LNG Terminal, can see how the role of LNG as alternative fuel is evolving.

This has been confirmed by the ongoing increase in LNG truck loading. We have seen huge market interest in this service that has grown, in recent months, from a couple up to over 100 trucks being loaded per month. GAZ-SYSTEM is also analysing new, additional services for the system users, not only in Poland but also in the whole CEE region; services such as rail loading, LNG reloading to smaller vessels, LNG bunkering and using LNG in transport sector.

What other projects are important for increasing the diversification of gas supply in the CEE?

The CEE countries remain highly dependent on gas supplies from Russia. Therefore, projects that aim at providing a physical diversification of gas supply are key to increasing the security of supply, to fostering competition and cross-border trading and ultimately to creating a well-functioning gas market in Central Europe. Apart from LNG, Norway is the most promising source of potential gas supply diversification in the region, because of its vicinity and large export potential. To this end, GAZ-SYSTEM is implementing a so-called “Norwegian corridor”. The project involves targeted investments that will ensure a direct connection to the Norwegian continental shelf, along the corridor Norway – Denmark – Poland.

Thanks to its new LNG terminal and the planned pipeline to Norway, Poland has the potential to become a regional gas trading hub. Do you think this will materialise and, if so, how long will it take?

The creation of a regional gas trading hub in Poland is entirely possible within the perspective of 2022. By that time, the hub will be underpinned by investments that will guarantee large quantities of new physical sources of gas supply to the CEE region. These projects will create a well-interconnected market area that will encourage competition and cross-border trading, together with a cross-border infrastructure between Central-Eastern European countries.

In this context the Norwegian corridor and the extended LNG terminal in Świnoujście will provide a total pf 20 bcm/y of gas supplies to the region. The process of establishing a gas hub in Poland will also be supported by the size of the gas market in Poland and the prospects for its further development. In addition, Poland may well become a gateway for new gas supplies for the CEE region, considering its strategic location and its vicinity to Norway as well as its existing LNG infrastructure which could be extended in a cost efficient manner.

The CEE Gas Conference, which will be held on 15-16 February, 2017 in Zagreb, Croatia, intends to create a platform for open discussion about the gas market in Central and Eastern Europe. Emerging Europe is a media partner of the conference. Click here to register.

The interview is an edited version of an article originally published by the conference organiser.