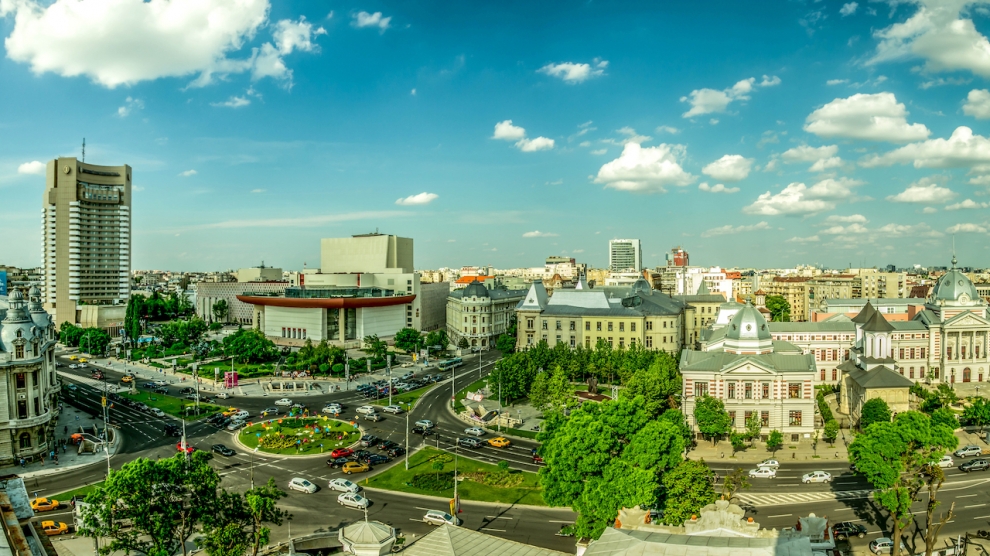 Romania has transformed itself tremendously in the last 25 years, overcoming enormous challenges, says Elisabetta Capannelli, Country Manager for Romania and Hungary at the World Bank. She spoke to Andrew Wrobel about the country’s potential and challenges it is facing.

Romania is currently the fastest growing economy in the EU. What is the World Bank focused on in the country now?

Well, the World Bank does not only play the role of a traditional investor and of a development agency, as it used to be, but today is also an important knowledge provider. There is a very unique relationship between the World Bank and the government, as well with other players such as cities, civil society and the private sector.

Generally, the World Bank choice in Romania is to focus on areas where there are no other European Union structural funds available or where we can provide synergies, including with other partners such as the EU and the EIB, and to offer a unique and comparative advantage. For example, in the justice sector, we have provided investments over many years, including to improve infrastructure, because there were not sufficient funds provided by other partners or the Government.

The World Bank’s portfolio in Romania includes seven projects investment lending operations, but we also have the largest portfolio of the so-called Reimbursable Advisory Services (RAS) in our region and one of the largest in the World Bank, which means that clients pay the World Bank, on a cost-recovery basis, to provide them technical assistance, studies and analytical work. Usually, RAS is something that we do in countries with higher incomes, but what is unique in Romania is that we have started to use this instrument only in 2010, and since then we have raised it to be one of the largest portfolio in the World Bank. We have offered more than 50 technical assistance activities for an amount of $80 million, and we are currently working on ten more.

Romania is a fundamental partner for us in terms of our engagement with the public sector. Of course there is also the International Finance Corporation (IFC), the private sector arm of the World Bank Group, where Romania is the fourth largest exposure among the countries in Central and Eastern Europe.

So which sectors, specifically, is the Bank focused on right now?

What do you think is the biggest challenge that the country is facing right now?

Romania has an enormous potential even if it has only been in the EU for ten years. It has transformed itself tremendously in the last 25 years and undertaken deep transformation in the years leading to accession into the EU. It has overcome enormous challenges, including after the financial crisis. Every single sector had to be transformed and more transformation is needed, both from an institutional perspective — from the way the market functions — to the way people have access to services.

What the country needs is to continue pursuing a series of reforms in different areas that would allow it to become a fully modern society in European terms. I think there are still some gaps that need to be reduced not just in terms of GDP numbers. So I can say that the biggest challenges are represented by a real economic convergence with the EU but also a social convergence. Romania also has to improve in terms of some weaknesses that exist in its institutions. But we see many positive signs here too. I am referring, now to the recent anti-corruption movement, which has showed that CE societies are capable of really influencing their own government.

Speaking of the latest anti-corruption developments, there are voices that say that the Constitutional Court has found some of the regulations in disagreement with the constitution, so the government wanted to come back to some of the issues that people were demonstrating against. How do you see that?

I cannot comment on the details of the Constitutional Court’s role and decisions. However, the most important result of this movement is that it upheld that, in the last ten years Romania, has been able to establish one of the strongest anti-corruption agencies in Europe. The DNA and the related laws, regulations and institutions developed around the anti-corruption agenda have helped to expose the situation of irregularities and corruption, and it has demonstrated that the country really wants to change.

These demonstrations proved that public tolerance of the idea of back pedalling on democratic institutions is low, because they are considered an important accomplishment by Romanian citizens. I cannot say why the government took a particular decision, but what we saw certainly was a demonstration of resilience by civil society and Romanian institutions.

The Romanian anti-corruption law is very strong but at the same time, it seems that people who work in municipalities, for example, take longer to make a decision because they are afraid they might be suspected of corruption.

In terms of laws, more can be done, I presume, but this is true of many other EU countries as well. I think however there is a culture of excessive compliance and excessive control in the country. In transition economies, of course, it can happen that public servants have some fears because they do not feel protected or they feel that if they take any decision they might be prosecuted.

What is important is to continue — and that is actually a part of what the World Bank is doing — modernising the public sector administration and institutions, so that individual will be more protected, and increasing the competency level and the independence from political control of civil services. The country worked very strongly to modernise many of its institutions, look for example at the Competition Council, the Financial Supervisory Authority, many of the sector regulators. More needs to be done to spread such transformation to the entire public sector.

If we look at the business climate in Romania, the country is ranked 36 in the World Bank’s Doing Business report, and the government is working now on a series of reforms. How do you see that situation improving in the country?

Romania has made progress in recent years in terms of reducing the distance to frontier, or otherwise coming closer to a best practice on a specific Doing Business Indicator. In the recent Doing Business 2017, the country ranked high in getting credit and trading across borders, but there’s a need for stronger predictability of shipments at non-EU borders. To further improve the business environment, Romania could do more on such indicators as getting electricity and dealing with construction permits.

Romania is a country that still has an important rural-urban divide?

True. But historically and geographically, Romania is also a country where some regions and cities are extremely dynamic, and some other regions are catching up at a slower pace. This could be for historical reasons, like for example concentration of coal industry.

But we are seeing that places like Iasi have really transformed themselves in recent years and modernising fast by attracting investments and creating jobs in the ICT sector. So, it is hard to just use national level statistics and data as fully representative of Romania. In fact, we are now conducting a Sub-national Doing Business analysis for the whole country, which I think is going to tell us some very important stories about the dynamics amongst some of the cities. It will also allow us to compare cities such as Cluj with Bratislava, or Iași with Budapest.

Additionally, in the last couple of years we have also seen FDI growing again, and we expect foreign investment to continue growing. Economic growth was 4.8 per cent last year and we forecast it to be 4.6 per cent this year, mainly due to growth in domestic consumption, due to fiscal stimulus.

When we look at entrepreneurship in Romania, how do you see that? Is there an entrepreneurial spirit in the people of Romania?

Actually, the Romanian market is dominated by small and medium enterprises, like elsewhere in Europe. The real issues affecting new entrants and the productivity of firms are competition and innovation policies.  But despite these challenges some sectors have done well, for example, the ICT sector has been the largest and fastest-growing sector in recent years. But all of this dynamism is mainly seen in cities such as Iasi and Cluj.

One of the reasons why growth is polarised in Romania, with a large concentration in Bucharest and Ilfov, is due to the lack of adequate investment in connecting infrastructure. One of the biggest problems for Romania is that there are still very poor connections, in terms of road and railways. That is one of the biggest challenges, in terms of potential growth.

What is the country’s image like, as seen by an investor?

Romania has a historic legacy when it comes to its image. Romania needs to believe in itself and it needs to invest in its own positive vision, promoting the country as an attractive place to do business, but also as an attractive tourist destination. In urban areas, you can find a very well-educated workforce and people who speak many languages and are also very eager to change. They are hungry to prove themselves. If you also look at the diaspora, the many Romanians abroad, they are extremely hard working and professional.

This can be a very positive resource for the country. What is true, though, the country needs to realise that to cope with such out-migration, which I do not believe will be reverted for a while, it needs to invest in the people remaining. In their education and job opportunities. Improving the quality of the education system is key. While you can see the dynamism, there are still areas such as education, health and infrastructure, which are really not transformed and well-developed.

How do you think the country can change its image abroad?

I would like to take my home country as an example. Italy is home to over one million Romanians. They are an incredible resource for the country. They are working; they are active; they are in every single sector of society. They are the best ambassadors of Romania abroad.

So it is very difficult to define Romania just from biased snippets of information that are published in some media. There is some movement here to invest more on explaining Romania better, and to make it better known abroad. In my opinion, some of the things that have happened lately, continue to promote the country as a stable country; a country that upholds European values; a country that is open for business.