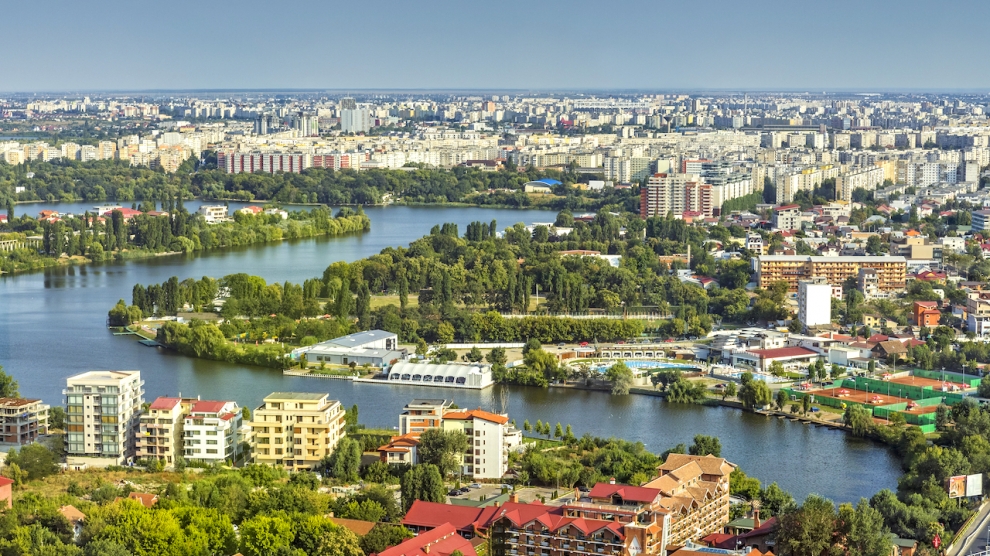 We want the story of Romania to be the story of a dynamic, vibrant and innovative country, says Matteo Patrone, Director for Romania and Regional Head Romania and Bulgaria at the European Bank for Reconstruction and Development (EBRD). He spoke to Andrew Wrobel about the country’s greatest challenges.

Let’s start with economic progress. Last year, Romania achieved the highest growth in the EU. What was behind that growth and what are the prospects for 2017 and 2018?

Romania’s economy continued growing in 2016. Domestic demand supported this growth. Private consumption emerged as the main driver of growth over this period, on the back of higher disposable incomes that were boosted by cuts in VAT, a rise in wages, improvements in the labour market and low inflation. The National Bank of Romania’s policy rate cut, in May 2015, to a historically low level of 1.75 per cent saw investment rise, and improved investor confidence.

We expect GDP growth of around four per cent this year, although changes in global investor attitude and domestic political reform uncertainty may hamper the growth prospects in the near term. However, provided authorities undertake structural reforms in the areas of SOE restructuring, infrastructure development and local capital market deepening, we think long-term growth rates of around four per cent can be sustained.

If you look at the areas where Romania has made great progress, which of them would you list?

I would say the fight against corruption is certainly a very important one and it relates very closely to the improvement in the business environment. In the World Bank Doing Business 2017 report, Romania ranks 36th out of 189 countries, better than the regional average (Europe and Central Asia). But unfortunately, this is not widely enough known.

We also see substantial progress in the financial sector: thanks to the efforts by the National Bank and commercial lenders to restructure loan portfolios, NPLs continued to decline and are now close to EU average. However, more remains to be done. Similarly, we commend the efforts to develop the local capital market, but we would like to see more progress and stand ready to offer EBRD support, finance as well as expertise.

In the corporate sector, the emergence of high value added sectors, such as ICT, automotive and aerospace is a testament of Romania’s potential as regional industrial powerhouse.

So in which areas do you see the challenges that the country is facing now?

Romania’s potential and the attractive propositions it can offer to investors are not visible enough. Perception is not as it should be. Romania is a country endowed with natural resources, a strong industrial heritage, fertile soil and huge potential in tourism, all of which are underpinned by a very strong human capital base. However, this is not always recognised abroad and perception is vital.

Besides this, there are also factors which represent remaining challenges: the persisting low efficiency of public administration and the complexity of procedures and corruption hamper investment in large public-sector projects, such as infrastructure. Red tape, legal uncertainty and judicial inefficiency are holding companies and the economy back.

The infrastructure gap, in particular in the transport sector, remains massive and represents both a hindering factor for further economic development and a cause for regional inequality. Despite liberalisation, the energy sector remains dominated by state-owned enterprises.

Let us be clear. These are serious challenges, but you will also find in many of them many other countries. The goal for Romania must be that the positives outweigh the negatives, and that this is also visible and well-recognised. We want the story of Romania to be a story of a dynamic, vibrant, innovative country.

If we look at the capital, Bucharest seems to be a very developed city. What about the other regions of the country?

Yes, undoubtedly regional disparities exist, and not only in Romania. The EBRD has always been acutely aware of this and in Romania especially, we have been at the forefront of regional development. For instance, we have financed urban transport in cities like Constanta, Iasi, Arad, Sibiu, Brasov, Galati, Pitesti. These cities are great examples of what can be achieved with a combination of finance and reforms.

We have also joined forces with the EU to finance 23 regional water companies across Romania as municipalities have sought to upgrade infrastructure and connect more people to services. Such investments, which are supported by EBRD financing and grants from the EU, in roads, public transport and water and wastewater networks have boosted economic growth and helped the transformation of certain cities into regional hubs.
Providing both basic infrastructure and modern public services is a pre-requisite for mobility, growth and jobs and helps reduce regional disparities across the country. Our goal is certainly to continue supporting other regions of Romania while building on existing experience.

These activities prove that the EBRD has been very active in Romania. What are the areas that you see your activities in in the next couple of years?

Our current strategy builds on a strong history of investment in Romania and sets out three areas which we believe are priorities for country’s sustainable economic development: broadening access to finance by inducing lending and developing capital markets; reducing regional disparities and boosting inclusion through commercialised infrastructure and enhancing competitiveness in the private sector through targeted investment.

To date, we have invested almost €7.5 billion in almost 400 projects. This reflects the size and needs of the country, but also its potential and the EBRD’s commitment. We are mostly working in the private sector — the relevant share in Romania stands at three quarters, but we are also keen to finance large, much-needed infrastructure projects, possibly in cooperation with other IFIs and EU funds. For this we need a strong and willing partner in the public administration.

During the EBRD Emerging Europe Outlook on Romania, we are going to focus on the capital markets and ICT. How do you see the development of the Romanian capital market? Does it stand a chance of ceasing to be a frontier market and becoming an emerging one?

Romania has been placed on the watch list for an upgrade to EM status by FTSE Russell. An upgrade is not automatic but there is some reason to be optimistic and if it happens we could expect an increase in investment flows to Romania.

Meanwhile, we need to continue with the unified approach, to further develop Romania’s capital market. Secondary market liquidity is still low and the market capitalisation of the Bucharest Stock Exchange is still at the lower end of emerging market qualification. So the reform work must continue since the final amount of inward investment will depend on investor perception of how efficient the market is.

What makes Romania stand out as far as ICT is concerned?

The sector is very dynamic in Romania with high quality services and strong competition. The mobile telephony market has been growing as the demand for, and sales of, smartphones and tablets increases. Web-based TV is becoming more popular as higher-speed internet connections become more common. Internet access has experienced the highest growth of all the services as Romania boasts some of the fastest speeds in the region.

This is partly fuelled by, and had partly led to, the development of a vibrant generation of Romanian software engineers, IT technicians, code writers, you name it. Now, the challenge is obviously to allow them to deploy their talent, not on Silicon Roundabout in East London but in an edgy, trendy district of Bucharest. According to industry sources, in the last year alone, IT start-ups in Romania closed more deals and raised more funding than in Serbia, Hungary, Ukraine, Bulgaria and Moldova put together.

The Financial Times included five Romanian companies in its 1000 Europe’s Fastest Growing Companies list and all of them are in the IT sector. So the potential is undoubtedly there and with it come great opportunities. We at the EBRD try to help to create the market for the next wave of Romania’s success.