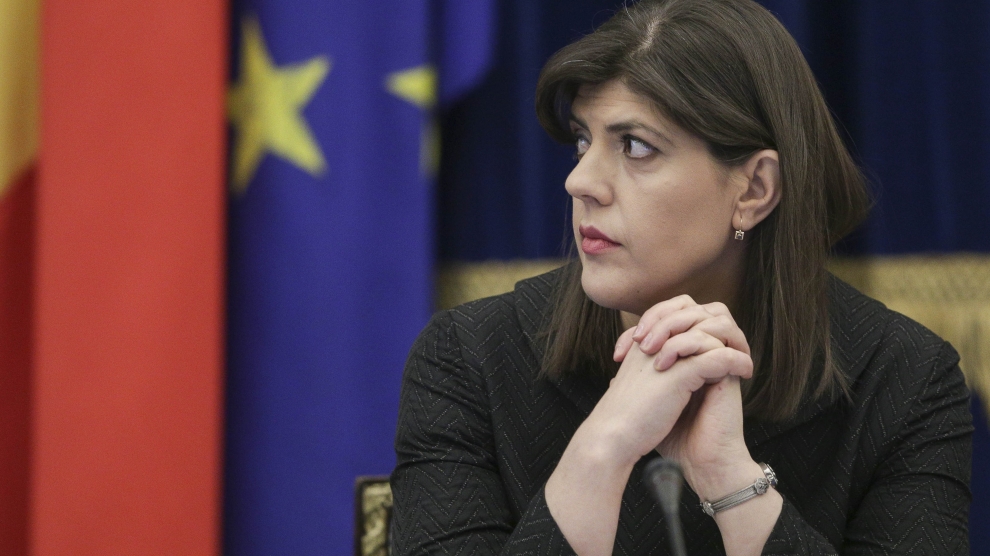 There are currently few areas where Romania can claim to be a world leader. Even the days when its female gymnasts ruled the roost are long gone, and its football team last qualified for a World Cup in 1998. It has one of the fastest average internet speeds in the world, but little else about Romania could currently be called best practice. Politics are a mess. Infrastructure creaks. State capture by the ruling party, the PSD, is almost total.

Where Romania can claim leadership however is in its fight against corruption. The conviction on June 21 of the country’s most powerful politician, Liviu Dragnea, was an important victory for its hugely successful anti-corruption unit, the DNA, a unit led by a softly spoken prosecutor, Laura Codruta Kovesi.

“Yes, the results that we have achieved have made us something of a model in the region,” she tells Emerging Europe. “The DNA has been presented as an example of good practice by the European Union. I was personally an EU expert for Moldova and Montenegro, evaluating their justice systems.”

Mrs Kovesi was speaking the morning after Romania’s parliament, dominated by the PSD, had passed a series of changes to the penal procedural code. The changes mean that courts of appeal would be barred from convicting a person found innocent by a lower court, unless new evidence is brought by prosecutors. Wire-tapping that is not directly connected with the criminal act for which a person is under investigation will no longer be taken into account, and the maximum length for criminal investigations will be limited to one year

“These changes will make it difficult to investigate not just corruption cases, but crimes in general,” said Mrs Kovesi.

“Of particular concern is the provision which forbids appeal judges from convicting somebody acquitted by a lower court unless the prosecutor introduces new evidence. This is unfair: when a prosecutor presents a case, all evidence has to be included in the file. It is very rare that new evidence appears during a trial.”

The changes to the procedural code follow other amendments to the justice system, which Mrs Kovesi says demonstrate that the government’s aim is not to reform the system, but to make things more difficult for investigators, prosecutors and the police.

“Of course, these changes will not come into force today or tomorrow. They need to be promulgated by the president, who may choose to send them back to parliament, or refer them to the Constitutional Court. Previous experience also suggests that the High Court will table an objection.”

The government could speed the process up by resorting to the issuance of an emergency decree, as it infamously did in January 2017, an act which sparked mass public protests.

“The possibility exists,” admits Mrs Kovesi. “These changes could be passed via an emergency ordinance, but it is difficult to comment. Theoretically, changes to the penal code should never be made by emergency decree unless there is a genuine need for urgency. With regards to these particular changes, there is no such urgency.”

In March Romania’s Justice Minister Tudorel Toader formally called on the country’s president, Klaus Iohannis, to dismiss Mrs Kovesi from office. He refused to do so. In June, Romania’s Constitutional Court ruled that Mr Iohannis was obliged to fire Mrs Kovesi. He has again so far refused to do so, risking suspension by parliament.

Mrs Kovesi’s mandate ends next May. She has stated a number of times that she has no political ambitions, and despite being one of the most popular public figures in the country it looks unlikely that she will change her mind. “No, I do not want to go into politics,” she says. “I have said in the past that I have no intention of doing so, and while there are some people who go back on their word, I am not one of them.

“I want to continue my work. I am a prosecutor: that’s what I do best. I have a wealth of experience that I want to put to good use, to share with young people entering the system.”

Doing Business Beyond the Data
‘The more people know about Moldova, the better it is for the country’
Comment