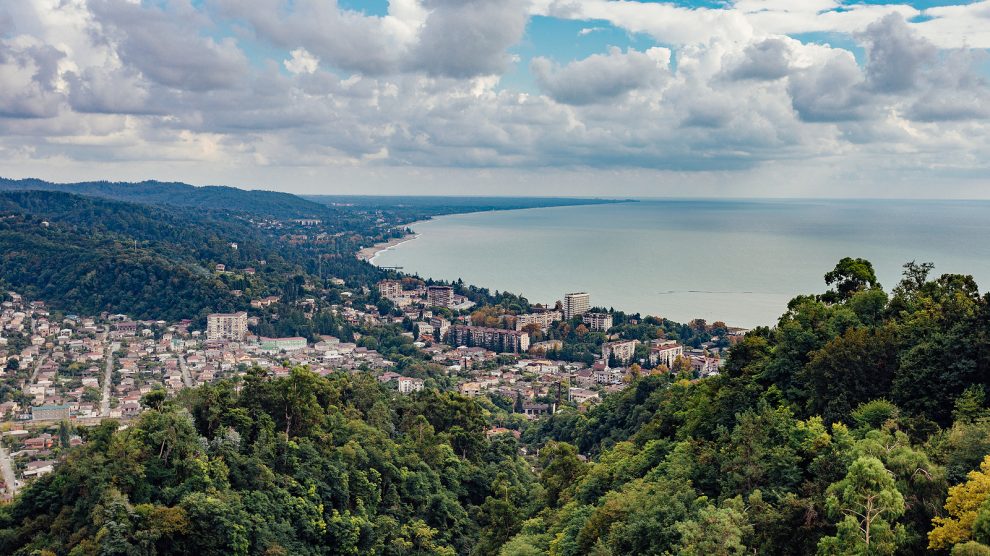 Georgia has turned to soft power in an attempt to woo its breakaway territories of Abkhazia and South Ossetia back to the fold.

The 1990s was a grim, turbulent and painful period of Georgia’s history.

Shortages of fuel, electricity and provisions plagued the entire country. Corruption soared to unprecedented heights and all manners of crime skyrocketed.

However, more than anything, the period was overshadowed by conflicts in two of the country’s regions: Abkhazia and South Ossetia.

Over the past four decades, the Caucasus has been one of the world’s major conflict hotspots. In the 1990s the region saw no less than four different “liberation struggles”, striving to carve out independent nation states for minority groups: Chechnya, Nagorno-Karabakh, Abkhazia and South Ossetia.

The conflicts over the latter two have played a major role in independent Georgia’s modern history. Together constituting nearly a quarter of the country’s internationally-recognised territory, both declared independence in the turbulent early 1990s, with both claiming the right to self-determination for their respective peoples, and both given substantial political and military backing by the Russian Federation.

In many ways, this was a continuation of the process which brought about the end of the Soviet Union. Its demise was arguably enabled by the Union’s founders adherence (in theory at least) to the principle of the rights of nations to self-determination, including secession for the 15 “republics”, broadly delineated on ethnic lines, that made up the USSR.

As part of the Soviet Union, both Abkhazia and South Ossetia – known in Georgia as the Tskhinvali region – had the status of autonomous republics within the Georgian Soviet Socialist Republic, complete with their own parliaments, constitutions and ministries, giving them many of the characteristics of independent nation states.

And although the Soviet constitution granted the right to secession only to the 15 union republics, and not to the myriad autonomous republics within them, the proliferation of ethno-nationalism in the latter years of the Soviet Union led to Abkhaz and South Ossetian political elites trying to claim the same rights.

Today, the two territories have been separate from Georgia for nearly 30 years. The Abkhaz War of 1992-93 which led to the territory’s de facto independence saw particularly ugly episodes resembling ethnic cleansing committed by both sides.

Painful memories of such incidents contribute to the polarisation of the communities on either side of the line of contact to this day.

“From what we see, there is very little prospect of reunification,” says Ioseb Dzamukashvili, a Georgian researcher and political analyst.

“They [Abkhazia and South Ossetia] can hardly exist on their own without Russian aid… [but even] considering that, I don’t see reunification happening at least in the next fifteen or twenty years.”

As Dzamukashvili points out, both territories are heavily propped up by the Russian government, which recognised their independence in 2008 following an abortive Georgian attempt to retake South Ossetia by force.

Around 60 per cent of Abkhazia’s state budget is covered by Russia – the level of dependency is even higher in South Ossetia, which has a population of just over 50,000. This makes the entities beholden to the aims of the Russian government, none of which involve Georgian control over the territories.

“They rely on Russia,” says Dr Ghia Nodia, a former Georgian Minister of Education and founder of the Caucasus Institute for Peace, Democracy and Development, a think tank. “This does not deny the fact that the will to be separate from Georgia is their own; but its implementation could have only been done with Russian support.”

Today, the Georgian government’s options to reintegrate the territories are increasingly limited. As the 2008 war in South Ossetia demonstrated, a military solution is currently out of the question, particularly with the powerful Russian military backing the breakaway republics.

Instead, Georgia has lately been pursuing a “soft power” policy, attempting to woo Abkhazians and South Ossetians with better economic prospects and social services.

A major part of this shift in policy is Georgian state hospitals offering medical services to Abkhazians and South Ossetians, free of charge.

However, Georgia and even its European Union partners simply don’t have either the economic capacity or the political will to support and invest in the territories to the same extent as Russia.

The territory’s “foreign minister”, Daur Kove, was quoted in 2018 as saying, “The Georgians don’t understand one simple thing. We don’t need them. We have survived 25 years without them.”

In short, although the political will exists within Georgia to reintegrate the territories, and even grant them autonomous status, it does not appear to be reciprocated by the breakaway territories or their Kremlin patrons.

“It was always Georgia’s position that autonomy within the Georgian state had to be a solution, and I don’t think that this would cause any serious opposition in Georgian society,” Dr Nodia tells Emerging Europe.

“However, this never became a topic of political discussion because at least since the conflicts ended in ceasefire agreements, Sukhumi and Tskhinvali became effective fully separate from Georgia and would not seriously consider a version of autonomy within Georgia.”

Sukhumi and Tskhinvali are the capitals of Abkhazia and South Ossetia, respectively.

Beyond the political disagreements and lack of economic incentives, there is also the ethnic element hampering reconciliation and reunification. Atrocities committed by all sides over the course of the conflicts still remain fresh in people’s memories, nearly thirty years on. Furthermore, at this point, an entire generation has been raised with the territories separated, further driving polarisation.

Politics, not ethnic division, is the problem

Although the conflicts initially arose out of political disagreements, the course of the wars fuelled sectarian elements.

Dr Nodia agrees with this perspective – in fact, he argues that the political disputes were the primary driving force behind the conflict.

“One could say that there are ethnic tensions, but they are more the results than the cause of the conflicts. It is the difference between the political visions, more precisely the desired status of specific territories that causes the conflict. If a political solution to the territorial issue is found, and unfortunately I’m rather pessimistic on this account, ethnic tensions will remain but will be taken care of.”

Now, time is running out for the Georgian government if it wants to provide a roadmap for a fully reunified state. Unfortunately, the matter is not entirely in Georgia’s hands, and the small country can hardly challenge the much larger Russian Federation’s brute force on its own.

Economic incentives – demonstrating to residents of the breakaway territories that their material prospects will be much greater within Georgia – should be an effective way of nonviolently reunifying.

However, with Georgia’s unemployment rate estimated to be over 21 per cent this year, there is still a long way to go before Georgia can present itself as a viable country to which Abkhaz and South Ossetians can tie their fate.