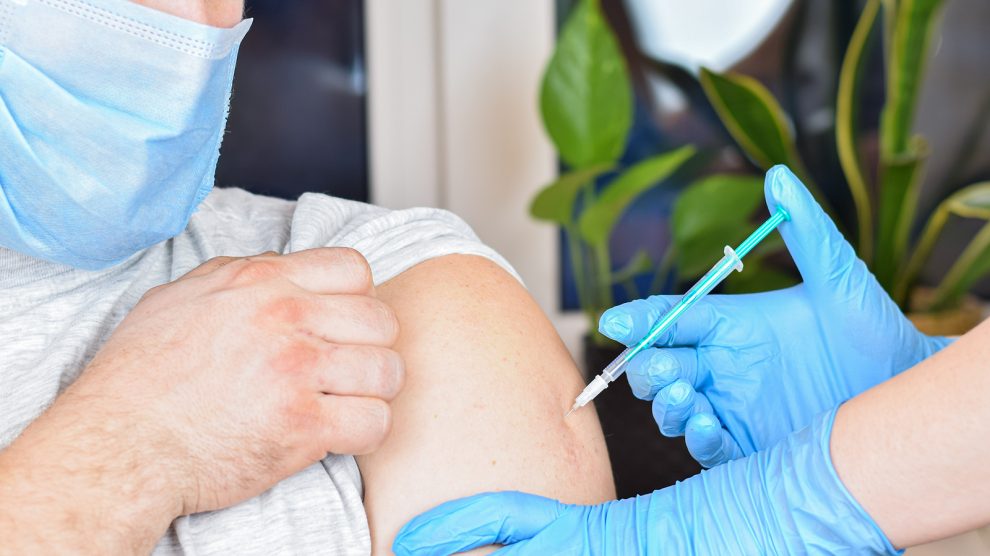 Covid-19 vaccination rates in many parts of Central and Eastern Europe remain low. Not only does this make those countries vulnerable to new waves of the pandemic, it threatens their economic recovery.

While several countries in Central and Eastern Europe – especially Czechia, Hungary, Poland, Serbia and the Baltic trio of Estonia, Latvia and Lithuania – have so far done a relatively impressive job of jabbing their citizens with Covid-19 vaccines, others in the region are faltering.

A lot hangs in the balance. The experience of 2020 showed how vulnerable economies are to disruptions in supply chains and to lockdowns — necessary measures to contain the virus that nevertheless heavily impact the hospitality and tourism sectors especially.

Last year, according to data from the World Bank, all countries in CEE saw negative GDP growth.

Projections for 2021 are good, however, especially for the Visegrád Four (Czechia, Hungary, Poland, Slovakia).

In the Western Balkans, according to the European Bank for Reconstruction and Development (EBRD), Serbia’s GDP is set to grow six per cent.

But with a new wave of Covid-19 expected in the autumn, even those countries which have so far been successful with their vaccine rollout cannot afford to become complacent.

Hungary and Czechia lead the way

Jan Havlíček of the Czech-based Institute for Politics and Society explains that the high vaccination rate in the country is a result of high trust in the scientific and medical authorities.

“There are also pragmatic reasons. Vaccination decreases the requirement to be regularly tested for visiting restaurants, cultural events or travelling abroad — and many Czechs spend their holidays abroad,” he adds.

“More than a week ago, several vaccination centres opened for people without a reservation. These have become very popular, and thus more such centres are now spreading across the country. It seems that the registration and/or reservation process was a barrier for some people.”

Across the region, countries have employed various strategies to encourage people to get the vaccine.

In Serbia, the government handed out a one-time 30 euros stimulus payment to everyone who was jabbed by May 31.

In Czechia, there is mandatory testing for those who want to visit a restaurant or a cultural event. For now the tests may only be a nuisance, but from September they will also cost money. The country is also planning, as Havlíček explains, to drive up vaccinations with the use of trucks travelling to rural regions that can deliver jabs to those in more remote villages.

Indeed, misinformation around vaccines has been a persistent issue across the region, with various conspiracy theories spreading online fast.

Ukraine and Bosnia and Herzegovina fall behind

Then there are those countries in the CEE region where the vaccination drive is not going well at all.

According to Our World in Data, Bulgaria, Kosovo, Belarus, Moldova, Bosnia and Herzegovina, and Ukraine have all so far vaccinated fewer than 20 per cent of their populations.

In Ukraine especially, the vaccination rate is very low — just 8.82 per cent of have had at least one dose.

“Vaccination rates are low in Ukraine for three reasons,” explains Brian Mefford, a Kyiv-based analyst and senior non-resident fellow at the Atlantic Council.

“First is the Soviet legacy which was always sceptical of vaccines. Second is Russian disinformation in the media creating doubts about vaccine safety. Third, the government was poorly prepared for the pandemic and when vaccines were finally secured, it was China’s Sinovac – hardly a confidence builder,”

It is worth noting that Ukraine’s vaccination rate did start to climb after the it began offering the Pfizer jab.

“However the government needs a serious public education effort at least on par with passage of the 2017 healthcare transformation law. Until then the public will continue to vacillate and hesitate to get vaccinated,” Mefford tells Emerging Europe.

Ukraine has been one of the worst affected countries in the region, recording more than 2.34 million cases of Covid-19 and 55,755 deaths as of August 4.

Bosnia and Herzegovina is similarly struggling, with just 11.63 per cent of the population vaccinated with at least one dose.

However, Admir Čavalić, an economic analyst and director of the Association Multi, points out that such numbers should be taken with a dose of scepticism as a significant part of the Bosnian population got their doses in neighbouring Serbia and Croatan.

Serbia especially has emerged as a key player in so-called “vaccine diplomacy” in the Western Balkans, as the country has both allowed people from neighbouring countries to receive vaccinations and donated jabs.

“A lack of digitalisation, low productivity in the public sector, structural healthcare system issues, bad management structure and constant political crises, with the factor of the decentralised political model, caused the vaccination to not go as planned.”

As an example, Čavalić notes the case of the Federation of Bosnia and Herzegovina (one of the three entities that make up the country) where more than 500,000 doses were distributed but only around 300,000 were actually administered.

“In general, the vaccination process has released all the problems of domestic administration and politics,” he says.

“Economically speaking, this [vaccination rate] leads to reduced potential for economic growth, which the current projections — 2.8 to 3.6 per cent — show,” adds Čavalić.

But, he says that the Bosnian economy depends mostly on the EU market so it’s questionable how much effect the vaccination drive will have on the economy.

Overall, most countries in the CEE region are well on their way to reaching 50 per cent of vaccinated inhabitants.

The stragglers need to start catching up.