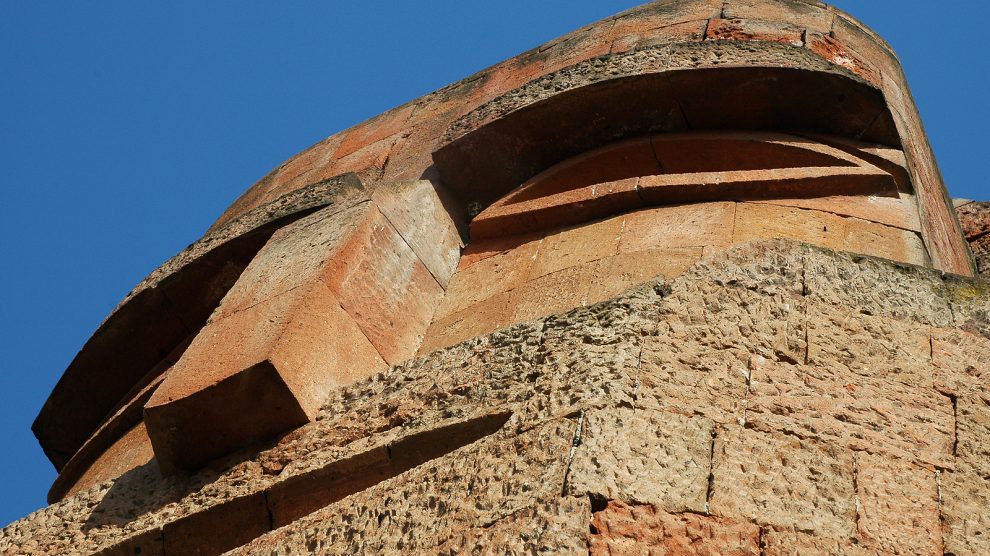 The end of the most recent fighting in the disputed Caucasus region of Nagorno-Karabakh has brought about a fragile peace. However, with several key issues unresolved, hostilities may not be over just yet.

During a break in trilateral talks at the Kremlin in January between Armenia, Azerbaijan and Russia over the future of the disputed region of Nagorno-Karabakh, Armenian Prime Minister Nikol Pashinyan told reporters that, “unfortunately, the conflict is still not settled”.

The formal status of Nagorno-Karabakh – an enclave of ethnic Armenians within what is Azerbaijan’s internationally-recognised territory, which has been pushing for self-determination since the late 1980s – remains up in the air, a crucial point of contention.

Many Armenian prisoners of war (POWs), some of whom are reportedly civilians, are still in detention within Azerbaijan, and a framework for the protection of cultural and historical sites – many temporarily under the watchful eye of Russian peacekeepers – is still yet to be determined.

Nearly three months have passed since Pashinyan’s comments, during which time there has been virtually no additional progress. The region has settled into an uncertain peace. Mines and unexploded ordinance still litter the mountainous terrain, hampering economic recovery. In Stepanakert, the largest city in the region, which remains under the control of Nagorno-Karabakh’s pro-Armenian authorities, civilians live in perpetual fear of the conflict heating up again.

The six-week war for Nagorno-Karabakh fought in the autumn of 2020 ended in a decisive victory for Azerbaijan, which retook control of a large part of the region.

For Baku, it settled a few old scores: victory was seen as redemption for its defeat in the early 1990s, when Azeri troops and civilians were expelled from Nagorno-Karabakh.

For Yerevan, the defeat caused near paralysis, and preempted a months-long political crisis that forced Pashinyan to call and early parliamentary election, amid widespread street protests and calls for his resignation.

The post-war boundaries of Nagorno-Karabakh are more or less the same as during the latter part of the Soviet era.

Seven districts which Armenian separatists had seized during the fighting in the 1990s (and which until then had been populated primarily by ethnic Azeris) are now back in Azerbaijani hands. The Lachin Corridor – the only link between Nagorno-Karabakh and Armenia – is under the control of Russian peacekeepers.

One of the key issues hampering lasting reconciliation is that of prisoners of war. In February, Armenia said that 240 POWs and civilians were in Azerbaijani detention, claiming to have evidence of abuses against them. This was supported by an investigation by Human Rights Watch which revealed widespread mistreatment of Armenians who had been detained by Azeri forces.

Azerbaijan admits that it holds 62 Armenians, but argues that because they had been captured in skirmishes nearly a month after the November ceasefire, they would not be granted the special protections afforded to captured combatants as per the Geneva Conventions.

The preservation of Armenian cultural heritage within Nagorno-Karabakh has also been a contentious issue. The region is home to some of the oldest Armenian historical sites in the world, with ancient churches, monasteries and castles dotting the mountainous landscape.

Concerns about the erasure of Armenian history were heightened after Azerbaijan’s president, Ilham Aliyev, visited an ancient church and claimed it had been built by Caucasian Albanians, a people (unrelated to the Albanians of the Balkans) who lived in the area. Aliyev also ordered the removal of Armenian inscriptions in a church near Shushi, calling them “fake”. Furthermore, satellite images have shown that the 19th century Kanach Zham church – also in Shushi – has been demolished since falling into Azerbaijani hands.

Perhaps the primary outstanding issue however is the political future of Nagorno-Karabakh.

From the outside, this appears to be a collision between two diametrically opposed positions, an almost irremediable problem.

On the one hand is the ethnic Armenian population of Nagorno-Karabakh, which continues to insist it has the right to self-determination. If pursued, this would likely lead to unification with Armenia. For the Azerbaijani government, the issue is a matter of territorial integrity and safeguarding its internationally-recognised boundaries.

However, according to Bruno De Cordier, a historian and professor at Ghent University’s Department of Conflict and Development Studies, there is more to Azerbaijan’s claims than adherence to international principles.

“Nagorno-Karabakh and the seven districts are seen as elementary to the very existence of the sole Azerbaijani entity. The territories are also part of countless personal and family histories in the country. They’re seen as crucial to self-identification and collective survival,” he tells Emerging Europe.

Consequently, there is little appetite for negotiation.

President Aliyev, in several statements, has shown an unwillingness to budge from the Azerbaijani government’s position that the issue will not be fully resolved until the region is entirely reintegrated into Azerbaijan.

According to Professor De Cordier, Aliyev also has personal interests in pursuing such a path.

“It’s not even about oil geopolitics. Nagorno-Karabakh, being as deeply entrenched in the Azerbaijani grassroots and as crucial to the national psyche as it is, who and whatever is in power in the country – a hereditary presidential autocracy, a parliamentary democracy or something else – simply cannot afford to neglect or compromise too much on the issue.”

The end of the Madrid Principles?

This head-on disagreement between two seemingly irreconcilable sides completely uproots the conflict resolution proposal put forth by the Madrid Principles of 2009.

The Madrid Principles, drafted under the auspices of the Organisation for Security and Co-operation in Europe (OSCE), call for, among other things, a legally binding plebiscite within Nagorno-Karabakh to determine its future status. Such a vote currently appears impossible.

This departure from the OSCE’s framework for peace also points to a crisis of legitimacy among international institutions, and to regional powers increasingly emboldened to take charge of affairs within their sphere of influence.

According to Professor De Cordier, “The world in 2021 is no longer that of 1994, when the faith in multilateral organisations such as the OSCE and the UN…was much greater. Now, it is up to the country with the oldest and most extensive experience in the southern Caucasus and with the largest diasporas from the region on its territory: and that is Russia. Any role the EU is to have in the issue goes through a normalisation of relations with Russia.”

Many commentators have pointed out that the real victor of the latest war is indeed Russia, which brokered the ceasefire and has deployed some 2,000 peacekeepers.

Armenia’s painful defeat pushes it into the arms of Russia, as the only power which can realistically accomplish what the western countries Armenia had been courting for the last three years have failed to do. Azerbaijan will also now has to go through Russia to fully resolve its own outstanding issues. Russia has effectively wedged itself deeper into the region and tied itself to the fate of Nagorno-Karabakh.

For now, unease and uncertainty dominate. Armenia is set to hold snap elections in July, and some of the main contenders, currently in opposition, have already spoken of their intentions to cement ties with Russia.

Others have pursued a revanchist route, squarely laying the blame on Pashinyan and his administration for the defeat. If Armenia elects a more confrontational government in the summer, the fragile peace could be disturbed again.

As for Azerbaijan, the country has been in a jubilant mood since its victory, with the humiliation of the 1990s now finally put to bed.

Ilham Aliyev, previously under pressure in the face of falling oil profits and rising social discontent, now enjoys as high popularity as ever, even though reconstruction of the damaged parts of Nagorno-Karabakh will undoubtedly strain Azerbaijan’s economy.

And amid all the politicking is Nagorno-Karabakh’s native Armenian population. Many Armenians have fled the areas now occupied by Azerbaijan, but some remain. What of their fate?

As Professor De Cordier puts it: “What kind of victor would it [Azerbaijan] be: a magnanimous and generous one, or a vindictive one?”

Lasting peace in the region may eventually depend on the answer to that one question alone.