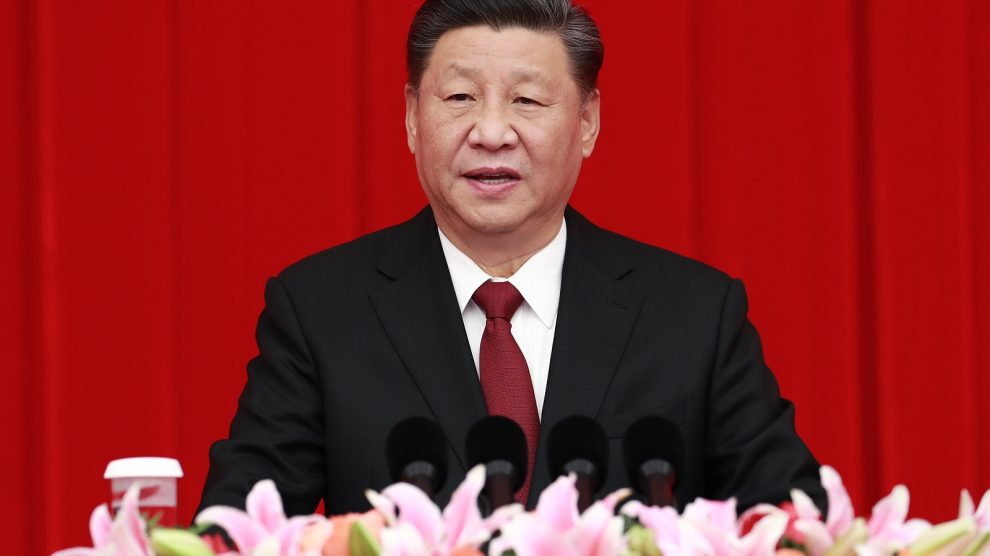 China’s dreams of increasing its influence in Central and Eastern Europe through the so-called 16+1 initiative are crumbling. This offers a real opportunity for the Three Seas Initiative to finally make a real impact.

Estonia and Latvia last week formally pulled out of China’s 16+1 initiative, joining their Baltic neighbour Lithuania which left last year amid a row over the opening of Taiwanese representative office in Vilnius.

“It’s definitely losing steam,” Anthony Kim, research fellow in economic freedom at the Heritage Foundation and editor of the Index of Economic Freedom, tells Emerging Europe. “I think we will see more countries walking out of Beijing’s initiative.”

Czechia has been mulling withdrawal for some time, while the dubious benefits of membership, together with China’s belligerent attitude towards Taiwan (and anger at increasing levels of engagement between CEE states and Taipei) are making other countries in the region also question their status.

Neither Estonia nor Latvia gave specific reasons for their withdrawal, and the foreign ministries of both countries – in what looked like carefully coordinated statements – insisted that they would continue to work towards “constructive and pragmatic relations with China”. But they will from now on do so within the framework of broader, European Union cooperation with China.

Estonian Foreign Minister Urmas Reinsalu did, however, later admit that “an element” of the decision to withdraw was due to China’s failure to condemn Russia’s invasion of Ukraine, also pointing out that Estonia hadn’t actively participated in the format since last year.

For China, the message from the Baltic states could not be clearer: 16+1 can no longer be used to court individual European nations with eyewatering but often misleading offers of investment. If, as has long been mooted, 16+1 was only ever intended to stoke division among EU members, it has failed.

While 16+1 has been an unquestionable political failure for China, gauging its impact in terms of investment is more difficult.

While there was a brief period when new Chinese investments across CEE were seemingly being announced every day, actual, hard data on how much money has actually flowed into the region from China is difficult to come by.

A study last year published by the Central and Eastern European Centre for Asian Studies (CEECAS) attempted to answer the question, and found that at least some governments in the emerging Europe region had offered an inflated view of China’s presence.

This, the report suggested, was the result of factoring in investment plans that were announced but never went anywhere, infrastructure projects financed by loans, and international mergers and acquisitions.

Examples of all three are readily found in the region. In Romania in 2013, China General Nuclear Power Corporation signed (with great fanfare) a deal to invest in a project to expand the country’s only nuclear power plant, at Cernavodă. By 2020, the deal had been abandoned.

Perhaps most infamously, in 2014 Montenegro borrowed nearly one billion US dollars from the Export-Import Bank of China to fund a 40-kilometre section of a much longer motorway linking the port city of Bar with neighbouring Serbia, with the China Road and Bridge Corporation as contractor.

The section opened three years behind schedule and left the Podgorica government saddled with debt totalling more than one-third of its annual budget. Eventually, it was forced to ask the EU for help to refinance the loan, Montenegro securing 14-year hedging deals with France’s Societe Generale, Germany’s Deutsche Bank, and US-based Merrill Lynch and Goldman Sachs.

As the CEECAS report noted, once loans for infrastructure projects, and mergers and acquisitions are taken away, the actual value of Chinese FDI in the region diminishes significantly. As a general rule, traditional trade partners such as Germany, the United States, and other East Asian countries like Japan and South Korea, remain the most important investors in fifteen of the sixteen countries covered by the study.

The only exception is Serbia, where China does have a significant presence — both in terms of infrastructure and FDI. But even here there are issues. A high-speed rail link between Belgrade and Budapest, originally slated for completion in 2018, has been pushed back to 2025.

The 3SI’s time has come

It’s a problem that the 3SI, founded in 2016, wants to help solve. And while concrete evidence of the 3SI’s impact – at least so far – remains thin on the ground, there is movement in the right direction.

It now has its own investment fund, enjoys strong support from the United States, is increasingly viewed by the United Kingdom as a way of boosting its post-Brexit influence in the region, and has other countries interested in membership beyond the current 12 members, notably Ukraine.

At the 3SI’s latest summit in Riga, held in June, Ukraine was offered “a new kind of partnership”, according to Polish President Andrzej Duda, one of the founders of the initiative.

His Romanian counterpart Klaus Iohannis added that partnership status could also be offered to other countries with a European perspective, such as Moldova and Georgia.

“We have to make the 3SI work more than ever…and we can do that,” says Kim.

Then there’s the EU’s own Global Gateway, launched late last year and which aims to mobilise 300 billion euros in public and private infrastructure investment by 2027.

“As part of our global recovery, we want to redesign how we connect the world to build forward better,” said European Commission President Ursula von der Leyen when launching the Global Gateway, who avoided making any mention of 16+1 or China’s Belt and Road Initiative.

“The European model is about investing in both hard and soft infrastructure, in sustainable investments in digital, climate and energy, transport, health, education and research, as well as in an enabling environment guaranteeing a level playing field.

“We will support smart investments in quality infrastructure, respecting the highest social and environmental standards, in line with the EU’s democratic values and international norms and standards. The Global Gateway is a template for how Europe can build more resilient connections with the world.”