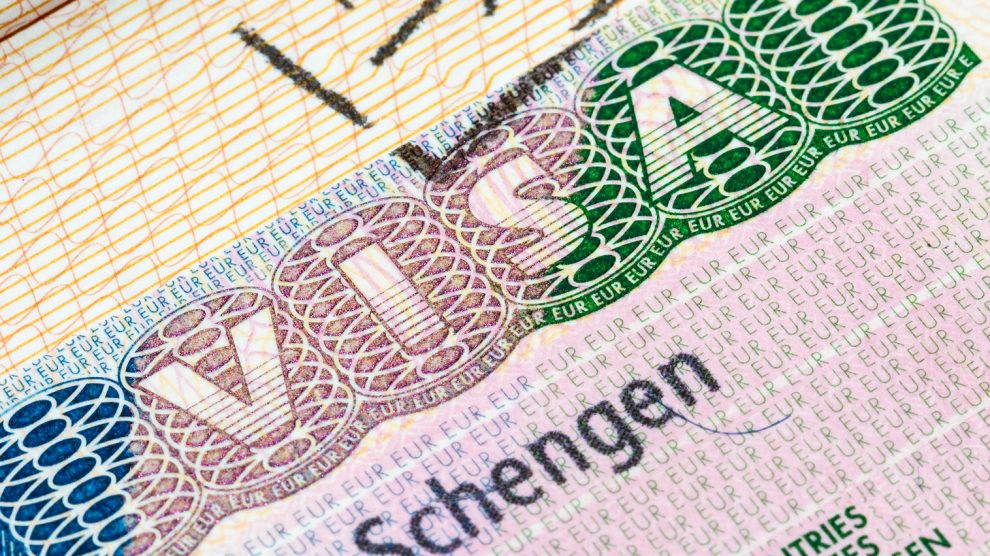 Several countries in Central and Eastern Europe have stopped issuing visas to Russians. Not for the first time since Russia invaded Ukraine in February, the rest of Europe would do well to follow the region’s lead.

Ukrainian President Volodymyr Zelensky’s last week added his voice to the growing number of calls for the EU to introduce a travel ban on all Russian citizens.

His plea follows similar statements by the prime ministers of Estonia and Finland, both of which share a land border with Russia.

Since direct flights between Russia and the EU were halted in February, the two countries have become transit routes for Russians holding Schengen visas (often issued by other countries) heading to destinations elsewhere in the EU.

Estonia, as well as Latvia, has now stopped issuing standard C-type Schengen visas to Russians, joining Czechia, which stopped issuing them in February. Bulgaria is also not currently issuing visas to Russians, although as the country is not a member of the Schengen border-free travel area, its visas were in any case valid only for travel in Bulgaria.

Poland also signalled at the weekend that it intends to stop issuing visas to Russians.

Travel to the EU is a privilege

In a much publicised tweet last week, Estonian Prime Minister Kaja Kallas said that visiting Europe is a “privilege, not a human right”.

A day earlier, her counterpart in Finland, Sanna Marin, told Finnish broadcaster YLE that, “it is not right that while Russia is waging an aggressive, brutal war of aggression in Europe, Russians can live a normal life, travel in Europe, be tourists.”

Exceptions to Estonia’s visa ban include Russian citizens with long-term residence permits; those coming to visit close relatives; workers involved in the international transport of goods and passengers, as well as people entering the country for humanitarian reasons. Estonia must also admit Russians holding Schengen visas issued by other countries.

Nevertheless, it has been portrayed by Russia’s propaganda machine as “collective punishment”. Stefano Braghiroli, professor of European Studies at the University of Tartu, tells Emerging Europe is not the case.

“This is not collective punishment,” he says. “The point is to create awareness amongst Russians that this is not a normal situation. This is no different to the sanctions that have already been placed on Russia.”

The angry Russian reaction to visa bans would suggest that they have hit a nerve. Kallas in particular has come in for particularly harsh, and often violent criticism from both ordinary Russians and the country’s officials. The spokesperson of the Russian Ministry of Foreign Affairs, Maria Zakharova, said that Kallas was running “a dictatorship”, and that the Baltic states were acting “as aggressively as Ukraine”.

Unfortunately, while a total EU, or Schengen-wide ban on Russian tourists would almost certainly lead to ordinary Russians beginning to question why their country has become a pariah state, such a ban is unlikely given that German Chancellor Olaf Scholz has made it clear he is against such measures.

“Other major countries such as Italy, France, Spain would likely also be reluctant,” says Braghiroli.

“The other, more likely option, is that member states will continue to take unilateral action.”

The isolation of Russia in Europe has not been limited to some countries halting the issuance of visas.

High-level diplomacy is also collapsing as a consequence of Russia’s war on Ukraine, and again, it is states in Central and Eastern Europe taking the lead.

By May of this year, the 11 EU member states in emerging Europe had together expelled a total of 284 Russian diplomats, according to the Centre for Strategic and International Studies. This is more than all other EU member states combined.

“Diplomats identified as spies should be quickly kicked out, although basic diplomatic relations should be kept up – as unpleasant as this often may seem,” Andreas Umland, analyst at the Stockholm Centre for Eastern European Studies, tells Emerging Europe.

In many countries, Russian embassies do not serve as a legitimate representation of the country to provide services to citizens, but as hubs for improper influence and even political pressure, points out Braghiroli.

CEE countries have played a crucial role in cutting off ties with Russia as well as downplaying the diplomatic significance of mutual cooperation.

“It is essential to continue pursuing a Russia policy together, which is also true for the diplomatic realm and – for example – calls to Vladimir Putin, which should be better coordinated and discussed before fragmenting the EU’s and NATO’s ties with Russia,” Pavel Havlicek, of the Research Centre Association for International Affairs in Prague, tells Emerging Europe.

“The role of the CEE countries should be as facilitators of such consensus building since it is these states that are most exposed to the consequences of the Russian war against Ukraine.”

Havlicek further explains that a crucial element of cutting ties with Russia is the closer integration of Ukraine with the EU and an increased level of cooperation with NATO.

“Ukraine is becoming a central piece of the EU’s eastern policy, which determines the EU’s and NATO’s relations with Russia to their full extent. This is then reflected in a number of policy domains, including energy, trade, interconnectedness or others, which are now being upgraded to an higher level.”

It is further suggested that the frozen Russian assets of the Central Bank of Russia, as well as of oligarchs and other regime representatives, could in the near future be used for the reconstruction of Ukraine and restoration of its destroyed infrastructure.

“Yes, indeed, for a more robust Russia policy, it is necessary to speak on the topic with a common voice from both the EU and NATO,” says Havlicek.

To achieve this vital objective, he says, both alliances should make proper use of their newly approved strategic documents (the Strategic Compass in the case of the EU and the New Strategic Concept of NATO) in order to build a new consensus in future relations with Russia even if more discussion is necessary in order to achieve that in practice.

Not for the first time since Russia invaded Ukraine, the rest of the EU – and NATO – would do well to follow the lead of emerging Europe.

Emerging Europe risks missing out on EU’s Digital Decade
And then there were 14: China’s CEE dreams begin to crumble
Comment