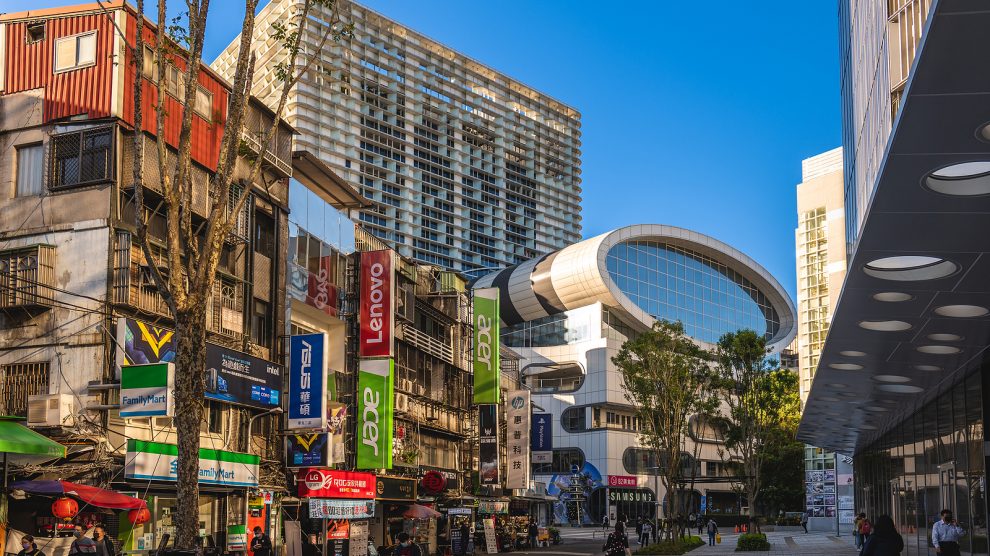 CEE engagement with Taiwan is no longer about baiting Beijing. Increasingly, Taipei offers investment and partnership opportunities that can have a deep impact on the region’s economy, and could possibly contribute to to the success of the Three Seas Initiative.

Slovenia could be the next country from emerging Europe to open a representative office in Taiwan, following similar moves in recent months by several others.

In an interview with Indian national television this week, Prime Minister Janez Janša said that Slovenia and Taiwan were “working on establishing an exchange of representatives”.

“Of course, these will not be on the level of embassies. They will be on the same level as many other EU member countries already have them,” said Janša, adding: “if we had stronger coalitions in former years, I think we would have established such trade representative offices already, because this is an issue of common benefit.”

The interview has already provoked an angry reaction from mainland China, along the lines of those with which it met similar initiatives from Czechia, Estonia, Lithuania, and Slovakia, which all strengthened ties with Taiwan last year as Beijing’s influence in Central and Eastern Europe and the Baltics continues to erode, despite its threats to take punitive measures against countries that engage with the island nation.

Zhao Lijian, a spokesperson for China’s Foreign Ministry, told a press conference that Beijing was “shocked”. He added that Janša’s remarks were “a dangerous statement in support of ‘Taiwan independence.'”

The senate’s speaker, Milos Vystrcil, had previously led a delegation to Taiwan, and has subsequently called on Europe to unite in its engagement with the island, saying that, “China is doing everything it possibly can to keep [Taiwan] isolated.”

In November, Estonian MP Madis Milling – who was part of a delegation from the three Baltic states attending Taiwan’s Open Parliament Forum, a summit designed to strengthen the island’s relationships with the democratic world – said that Estonia should move “step-by-step” towards recognising Taiwan.

While not questioning the EU’s “One China” policy, which formally recognises Taiwan as part of China, Milling told Estonian state broadcaster ERR that: “this does not mean that we cannot develop all kinds of relations with Taiwan”.

The most vehement criticism from Beijing has been directed at Lithuania, which in November allowed Taiwan to open a de facto embassy in the capital Vilnius.

The new office bears the name Taiwan rather than “Chinese Taipei”, the name used in many other nations to avoid offending China.

China has since warned multinational companies to sever ties with Lithuania or face being shut out of the Chinese market. Lithuanian goods have since been reportedly restricted from entering the country.

Taiwan meanwhile has stepped in to offer financial support to Lithuania, earlier this month pledging a one billion US dollars credit fund to bolster the country in its showdown with Beijing.

The initiative came just days after Taipei had announced a 200 million US dollars fund to invest in strategic sectors in Lithuania, including the production of microchips. Taiwanese companies are the largest players in the global supply of microchips, a sector where the EU has proved a laggard.

Last week, the EU’s High Representative for Foreign Affairs Josep Borrell said after a meeting of the bloc’s foreign affairs ministers in Brest that there was “clear solidarity” with Lithuania.

What lies behind emerging Europe’s eagerness for engagement with Taiwan is a moot point.

“I think both sides, Taiwan and emerging Europe, see the importance and the utility of cultivating closer partnerships,” says Anthony Kim, research manager and the editor of the Index of Economic Freedom at the Heritage Foundation.

Kim points out that all of the emerging Europe countries which have been interacting with Taiwan are members of the Three Seas Initiative (3SI), a fast-developing economic project in Central and Eastern Europe currently involving 12 countries (Austria, Bulgaria, Croatia, Czechia, Estonia, Hungary, Latvia, Lithuania, Poland, Romania, Slovakia, and Slovenia), which covers nearly 30 per cent of the EU’s territory and is the home to over 112 million people across the participating states.

“Taiwan would be an added, unique partner to the US and the 3SI countries in terms of pursuing and further operationalising the initiative,” he tells Emerging Europe.

The 3SI has often been talked up as an instrument capable of challenging Beijing’s influence in emerging Europe through other platforms, such as China’s so-called 17+1 Initiative.

Focused on the development of key, north-south infrastructure, the 3S1 now has its own investment fund, enjoys strong support from the United States, and has other countries interested in membership beyond the current 12 members.

“When it comes to building infrastructure based on technology and trusted connectivity through 3SI, Taiwan fits very well,” says Kim.

“I will even say Taiwan is a capable and willing partner that deserves a closer relationship with Lithuania and other countries in Central and Eastern Europe,” he adds. “To that end, the Three Seas Initiative would be a practical venue for greater economic cooperation and engagement.”