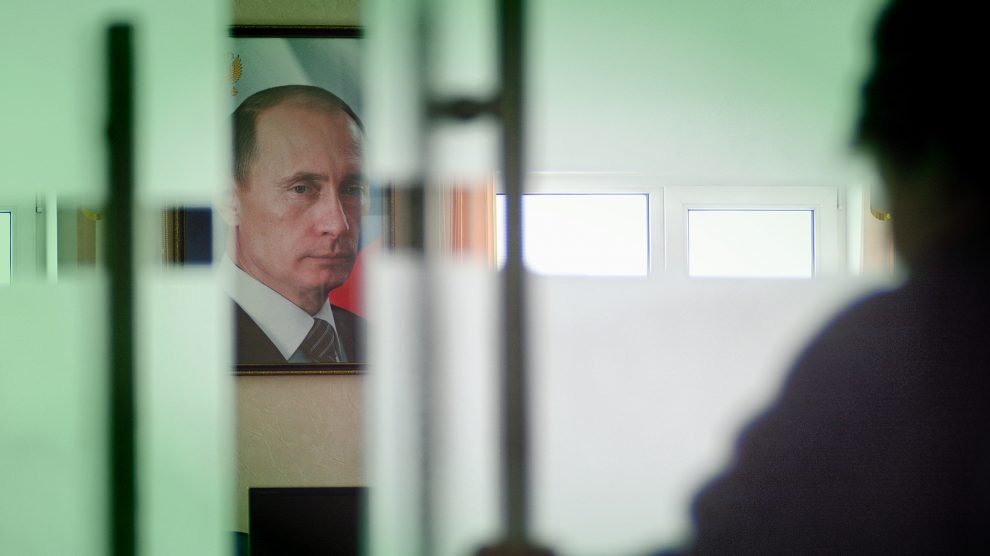 After delays, sanctions, and much geopolitical squabbling, the Nord Stream 2 gas pipeline connecting Russia and Germany has been completed. What options do Ukraine and Poland, its greatest opponents, have now?

The Nord Stream 2 natural gas pipeline, which connects Ust-Luga in Russia with Lubmin in Germany has been controversial ever since construction began in 2018.

Supported by Russia and Germany, the pipeline has long been opposed by Ukraine and Poland, which view it as a threat, while the stance of the United States has been one of nuance.

US sanctions at one stage last year appeared to place the entire pipeline, by then already near completion, in doubt. But in July this year, US President Joe Biden and German Chancellor Angela Merkel agreed a deal that facilitated its completion.

Neither Poland nor Ukraine were happy at the deal, despite it containing a clause that will see the US trigger sanctions if Russia is found to be using the pipeline as a “political weapon”.

Additionally, Germany has pledged to reimburse Ukraine for its loss of gas transit fees, while both Germany and US have committed to establishing a 850 million euros infrastructure fund designed to allow Ukraine to diversify its energy sources.

Merkel, as well as Russian President Vladimir Putin, have always stressed that Nord Stream 2 is purely a commercial project.

Ukraine has never been convinced.

In a recent statement President Volodymyr Zelensky called the new pipeline “a powerful geopolitical weapon for Russia”, and said that Ukraine will keep fighting the project even after gas deliveries start.

There is little doubt among analysts that the consequences of Nord Stream 2 for Ukraine will be both economic and security-related.

“Ukraine will lose up to 1.5 billion US dollars in gas transit fees annually,” says Olena Pavlenko from Dixi Group, a Kyiv-based think tank.

As well as the money lost from the gas transit fees, jobs are threatened too.

“Our TSO [transport service operator] will have to change its structure to adapt to no services on transit, which means releasing large numbers of people — up to 10,000 people work in the sector,” Pavlenko adds.

Poland and Belarus also stand to lose out.

“The commissioning of the pipeline, in the context of the relatively stable European demand for Russian gas, will involve a reduction in the use of existing onshore routes from Russia to the EU running through Ukraine and via Belarus and Poland, the Yamal-Europe pipeline,” says Szymon Kardaś from the Warsaw-based Centre for Eastern Studies.

As he puts it, both Nord Stream and TurkStream (which runs from Russia to Turkey) will become Russia’s preferred export routes.

“As a consequence, the level of transit through existing routes, as well as transit revenues, may become more volatile and less predictable. In July Gazprom refused to book long-term capacity on the Yamal–Europe pipeline, which is a clear illustration of that trend,” Kadraś tells Emerging Europe,

As things stand, a contract between Russia’s Gazprom and Ukraine’s Naftogaz obliges the Russian firm to use 40 bcm [billion cubic metres] of Ukrainian capacity annually. But the deal expires in 2024.

“After 2024, assuming there is no new Russian-Ukrainian transit agreement, Ukraine will find itself in a similar situation [to Poland]. Russia will also gain the opportunity to Ukraine’s transit interests against Poland’s,” Kardaś explains.

For Poland, Nord Stream 2 also represents serious competition to its own projects, such as a planned LNG terminal at Świnoujście and the Baltic Pipe linking the country with Denmark and Norway.

It’s these projects, however, that could help Poland stave off most of the negative effects from Nord Stream 2.

“Poland will not be significantly affected by any disruptions in gas supply, because in recent years we have invested billions in diversification projects,” says Bartosz Bieliszczuk of the Polish Institute of International Affairs.

“It needs to be stressed why Poland is investing in these projects. Due to our dependence on gas from Gazprom, we’ve been subject to market abuses, like non-market pricing, gas re-export bans and threats of cuts to gas supply. And precisely for this reason, Poland wants access to gas from Norway, the US, Qatar and others,” he adds.

The Kremlin will also be able to achieve a number of foreign policy goals through Nord Stream 2. In many ways, suggests Kardaś, it already has.

“Even the announcement that a new export gas pipeline running from Russia to Europe would be constructed provoked serious political division within the EU, which was in line with the Kremlin’s strategic interest,” he says.

“Furthermore, the fact that the project became the subject of a dispute in transatlantic relations was also politically beneficial for Moscow.”

The key foreign policy win for Moscow, however, is that it can now mostly eliminate Russia’s dependence on gas transit through third countries, such as Poland and Ukraine.

“Moreover, the new gas pipelines will not only improve Moscow’s position in negotiations with Kyiv concerning energy issues, but are also becoming an instrument that Russia can use to negotiate political concessions with Ukraine,” Kardaś tells Emerging Europe.

Nevertheless, Olena Pavlenko says that Ukraine still has allies: “Poland and some other EU countries who are also ready to fight to stop the pipeline”.

“There are a number of instruments, including monitoring the way Russia uses gas as a weapon, which under the terms of the US-Germany deal allows for strict sanctions,” she adds.

Bieliszczuk warns, however, that there may be additional consequences for Europe when it comes to energy cooperation with Russia.

“Trade and energy cooperation didn’t make Russia more democratic or a predictable partner. It’s the other way around: such interdependency negatively affected EU and NATO cohesion,” he says.

In the end, what may work best for the countries of Central and Eastern European is to develop their own energy sector capacity away from Russia’s scope of influence. The LNG terminal and Baltic Pipe are two clear steps in that direction.

“An increase in own gas production, a search for new gas suppliers, fully decarbonised substitutions, and deeper regional cooperation are what will eventually reduce the reliance of Ukraine and other CEE states on Russia,” Pavlenko concludes.

Angela Merkel’s Western Balkans legacy: she did well, but could have done more
Kaczyński says no to ‘Polexit’: Emerging Europe this week
Comment