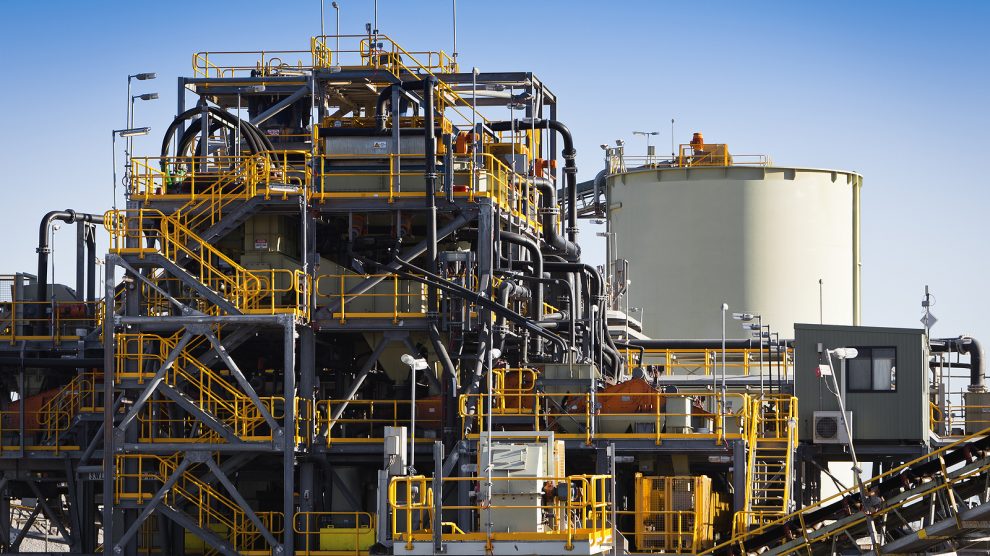 Serbia could be sitting on as much as 10 per cent of the world’s lithium, increasingly in demand by the manufacturers of batteries for electric cars. But getting it out of the ground will create an ecological time bomb, say environmentalists.

Residents of the Serbian city of Loznica have been joined by environmentalists in sounding the alarm over plans for a lithium mine close to the city, near the border with Bosnia and Herzegovina.

The mine is due to become operational by 2026, but campaigners have highlighted a lack of environmental impact studies and the possible negative effects of ore exploitation on their communities. Possible leaks of tailing ponds, contamination of soil, and disturbances in underground water flows are just some of the potential risks cited.

At the centre of the controversy is the Anglo-Australian mining company Rio Tinto, which discovered a new mineral — jadarite — in the eponymous valley of the river Jadar, a tributary of the Drina, in 2004.

It was quite a find: jadarite contains both lithium and boron, two highly valuable elements for a variety of industries. It is estimated that there are 200 million tons of the lithium borate ore in Jadar Valley, which would make it one of the world’s largest lithium deposits, supplying 10 per cent of global demand.

Lithium is becoming increasingly important as it is one of the main components of batteries used in electric cars. As economies around the world attempt to cut down their use of fossil fuels, electric vehicles are being hailed by many as a way to cut down on harmful CO2 emissions.

Rio Tinto is therefore eager to begin mining. The firm currently plans to start construction of the mine next year.

However, since the project was announced in 2017, critics have pointed to the mine’s possible negative impact on the environment, concerns that have been compounded by Rio Tinto’s somewhat patchy track record on environmental issues.

Most recently, in April 2020, the firm came under fire over the health problems being faced by residents of Bougainville in Papua New Guinea, which it has been alleged have been caused by waste from a copper and gold mine the firm abandoned 20 years ago.

“It’s a long list of dangers that Western Serbia and Eastern Bosnia and Herzegovina face due to the opening of this mine,” says Miroslav Mijatović, the president of the Podrinje Anti Corruption Team (PAKT), an organisation that has been one of the loudest critics of Rio Tinto and its plans for lithium exploitation.

He adds that one of the main issues is the expected lifespan of the mine: this has not yet been set, but is expected to be around 60 years.

“In that case the tailings would take up even more space, it’s estimated that the company would leave a minimum of 90 tonnes of tailings that would go through ‘heavy’ chemical processing,” Mr Mjatović says.

Tailings are what’s left over once the valuable part of the ore is separated from the rest. Tailings are known to have the potential to damage the environment by releasing toxic metals and endangering wildlife.

Another issue, as Mr Mijatović explains, is that the exploration process has already disturbed underground waters, with saltwater already appearing.

“That means that in addition to the ore, saltwater will be extracted from the mine, some 942,000 tonnes a year, or around 2,800 tonnes per day which contain around 30 grams of salt per litre,” Mr Mijatović tells Emerging Europe.

“This is a problem because experts are saying it will be impossible to avoid erosion due to the pumping out of saltwater because this water is found in the rock pores.”

According to professor Dragana Đorđević, head of the Centre of Excellence in Environmental Chemistry and Engineering, the main problem caused by the mine will be the permanent destruction of fertile soil that can never again be used for agriculture.

“Along with the ore, toxic elements will be extracted from the ground too, which together with the tailings will be stored topside,” she says.

Additionally, some of those toxic elements will be changed chemically into forms that are more toxic than those found in the ore.

Professor Đorđević says that the planned extraction and ore purification technology means using around a thousand tonnes of sulphuric acid per day, along with high quantities of water necessary to wash out the sediment.

“Because of this, this type of exploitation carries a high every day risk to the environment including all its segments — earth, water, air, and the biota [plant and wildlife], as well as serious damage to the health of the people who will continue to live near the mine,” she says.

Adding to the risk of contamination are floods, to which the region is prone. Flooding is expected to happen more often due to climate change. Professor Đorđević points to a tailing leakage that occurred in 2014 at the Stolice mine, also in the region. Forty per cent of the flood damage then was related to the tailings, the quantity of which was around a hundred times less than the Jadar mine is expected to generate.

Professor Đorđević is clear when it comes to the mine — it’s simply not worth it.

“Large quantities of tailings will be an eco-chemical time bomb, which under the influence of precipitation, especially with acid rain, will wash out and spread toxins to fertile soil and water. It cannot be in the interest of Serbia,” she says. “Saving undamaged and and unpolluted waters is worth much more than this type of mine.”

Water supply in Serbia is already an issue, with many experts pointing out that further mining projects could exacerbate the problem. According to them, the planned lithium mine has implications for drinking water supplies too.

“Due to intensive oil exploitation in Banat [a region in northern Serbia] that has caused serious pollution of underground water, a good part of Vojvodina is slowly running out of drinking water. We could eventually see Vojvodina, Mačva, and even Belgrade face serious water supply issues,” Professor Đorđević explains.

While public opinion in the region is very much against the mine, and experts have warned of the potential risks, representatives of Rio Tinto have stressed that they do take the environment seriously. They have said it’s “not true” that the rivers Jadar, Drina, and Sava will be polluted and that the company will invest more than 100 million US dollars into protecting the environment.

According to a statement the company made following a protest in Loznica against the mine on April 9, the highest standards of environmental protection will be observed and enacted in line with regulations in Serbia and the EU.

But activists and experts are not convinced.

“It’s fruitless to speak of ecological standards when there is total devastation of fertile and forested land planned, the destruction of animal husbandry, beekeeping and other activities that the population of the area lives on,” Professor Đorđević says.

Regardless, the Serbian government recently approved plans for a geographical survey to assess the potential for further lithium exploitation some three hours eastwards, near the city of Požega.

Just as in Loznica, local residents protested against the decision. On April 17, demonstrators said that there are no conditions under which they would accept Rio Tinto coming to their region.

“It’s best that the survey doesn’t happen. The locals are ready to prevent it, and they are supported by people from the surrounding cities,” says the Initiative for Požega, an activist group.

“Based on the available data about the way in which the initial work and exploitation will be conducted we have come to the conclusion that by realising this project the quality of soil and air would be disturbed as well as the biodiversity of the area.”

How much lithium is there?

Given the large amount of money at play, as demand for lithium is expected to grow, the Serbian government has made the mining of lithium one of its priorities. But how much lithium is there actually at the Jadar site? Not everyone agrees on the 10 per cent of global supply figure.

“According to data from scientific literature, the supply is significantly lower and some published data states that the site contains around 1.4 per cent or even less of the world’s supply of lithium,” says Professor Đorđević.

Serbian President Aleksandar Vučić stated earlier this year that he’s “dying of laughter” over the protests against jadarite, noting that Serbia doesn’t have a sea or other natural wealth that could bring it millions of euros in revenue.

“They are protesting in Western Serbia over Rio Tinto and they say a catastrophe will happen. There will be no catastrophe there,” Mr Vučić told the Happy TV station.

But it’s not just an ecological catastrophe that worries some people. Exactly how much Serbia will profit has also been called into question. Mining royalties in Serbia are relatively low, at around three to seven per cent. There are indications this might change, but for now it’s unclear how big the increase it will be and if it will even apply to Rio Tinto and existing contracts already in place.

Mr Vučić said in January this year that the mining royalty for the project will be five per cent and added that no “drilling” will be allowed until a battery factory is made for electric cars.

“A great, fantastic factory so that the entire region will blossom,” Mr Vučić added.

With the government clearly behind the project, Serbia’s lithium mines look set to become a reality: for better or for worse.

Warsaw’s bourse: In for a penny, in for a Poundland
No pitchforks yet as Albania’s PM heads for third term in office
Comment