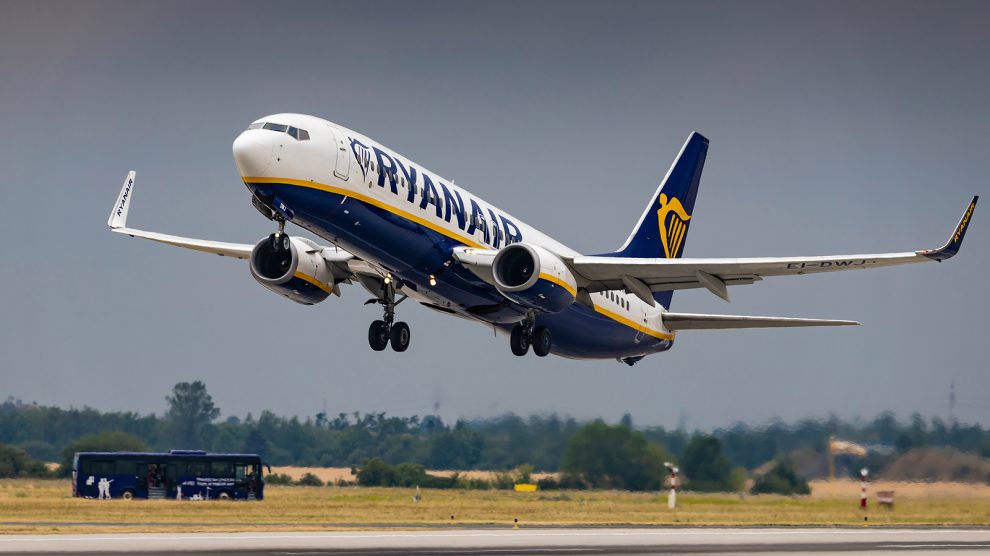 The European Union faces a major international crisis after Belarus forced a Ryanair flight from Athens to Vilnius to land in Minsk, allowing the country’s authorities to arrest a dissident journalist, who was on board the plane.

European leaders have called for an immediate international response after Belarus forced a Ryanair flight from Athens to Vilnius to land in Minsk on May 23 and arrested one of its passengers, an opposition journalist and activist.

Roman Protasevich, who has lived in exile in Poland since 2019, was detained shortly after Ryanair flight FR4978 from Athens to Vilnius was diverted to Minsk shortly before leaving Belarusian airspace.

Protasevich, a former editor of the highly influential Telegram channel Nexta, is wanted in Belarus for his role in organising last year’s protests against the country’s dictator, Alexander Lukashenko. Nexta was one of the key channels used by opposition protesters to mobilise support against Lukashenko.

In November, Belarus placed Protasevich on a terrorist watchlist and charged him with three protest-related crimes, which carry a maximum sentence of up to 15 years in prison.

European officials reacted angrily to the diversion of the plane and the arrest of Protasevich, with European Commission President Ursula von der Leyen saying that the actions of the Belarusian authorities were “utterly unacceptable”.

“An unprecedented event,” added Gitanas Nausėda, the president of Lithuania. “A civilian passenger plane flying to Vilnius was forcibly landed in Minsk. The regime is behind the abhorrent action.”

The vast majority of passengers aboard the plane were Lithuanian citizens.

Polish Prime Minister Mateusz Morawiecki wrote on Twitter that he would call for “immediate sanctions” against Belarus. “A Ryanair passenger aircraft was hijacked. This is a reprehensible act of state terrorism,” Morawiecki wrote.

The plane was ostensibly diverted because of an alleged bomb threat, but flight records demonstrate that the plane was closer to Vilnius at the time it was rerouted east to Minsk. Protasevich is reported to have told friends that “Russian speaking” men had been tailing him as he checked in for the flight at Athens airport.

According to a post made on a semi-official Belarusian presidential channel on the messaging app Telegram, Lukashenko personally gave an “irrevocable command” to turn the plane around and land it before it left Belarusian airspace. A Mig-29 fighter was scrambled to escort the plane to the Belarusian capital.

In a statement, Ryanair said that the plane’s flight crew were “notified by Belarus air traffic control of a potential security threat on board” and instructed to divert to Minsk.

“Nothing untoward was found and authorities cleared the aircraft to depart together with passengers and crew after approximately five hours on the ground in Minsk,” said the statement. The airline added that it has “notified the relevant national and European safety and security agencies”.

The flight eventually took off for Vilnius – without Protasevich and his girlfriend, a Russian citizen – after around seven hours on the tarmac at Minsk. Four other Russians also remained in Minsk. It has been suggested that they may have been part of the operation to divert the plane.

Protasevich had been in the Greek capital to report on a visit to Athens by Svetlana Tikhanovskaya, the leader of the Belarusian opposition who by any objective measure won a presidential election last August. When Lukashenko declared himself the winner of the election with an implausible 80 per cent of the vote, widespread protests broke out across the country. Mrs Tikhanovskaya was forced into exile – in Lithuania – shortly afterwards.

Tikhanovskaya said shortly after the hijacking that she had spoken with the Greek Foreign Minister Nikos Dendias who ensured her that “the Belarusian regime’s actions won’t remain without response”.

Although the protests against Luksashenko have abated in recent months, the Lukashenko regime has over the past few weeks upped its repression of the country’s opposition, targeting journalists in particular.

According to the Belarusian Association of Journalists, 16 journalists in Belarus are currently behind bars. The organisation has additionally logged nearly 430 arrests of journalists and 65 cases of serious physical violence against journalists since last August’s election.

In February, Daria Chultsova and Katerina Bakhvalova of the Polish-based opposition television channel Belsat were each sentenced to two years in prison on charges of fomenting unrest while covering the protests that followed the presidential election.

On May 18, Belarus shut down the largest and most influential independent news portal in Belarus, TUT.by.

The European Council is expected to discuss the forced landing of the Ryanair flight at a meeting in Brussels on May 24. Since last year’s fraudulent presidential election the European Union has so far been reluctant to impose full sanctions against Belarus, limiting its response to personal sanctions against leading members of the Belarusian regime.

Sergey Lagodinsky, a German MEP for the Green party, said that such limited sanctions were no longer “appropriate or sufficient”.

“This is an act of war vis-a-vis [the] EU. The reaction must be extremely hard to make any further similar actions impossible.”