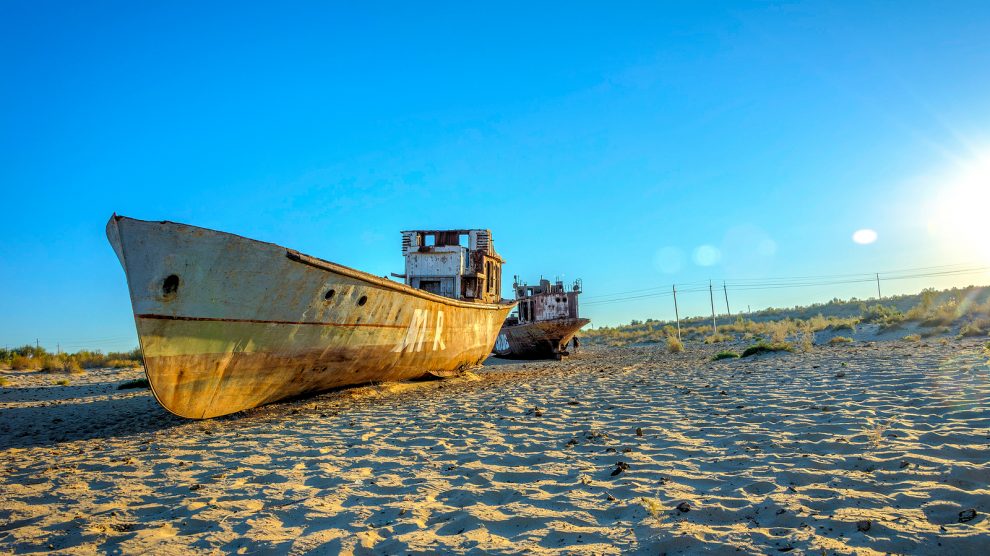 Without immediate, substantial action, climate change is projected to have major consequences not only on the economies of Central Asia, but also for regional stability and security.

Central Asia is currently experiencing a whole host of difficulties.

Recovery from the Covid-19 pandemic, combating domestic extremism, and dealing with the spillover of the Taliban takeover of Afghanistan all are major, pressing issues that each of the five nations in the region need to deal with.

However, all of these issues are overshadowed, and often exacerbated by the spectre of climate change.

Future climate projections conducted by the World Bank predict that average annual temperatures in the region as a whole will likely rise around two degrees Celsius by 2050. By 2085, Tajikistan could see an increase of as much as 5.7 degrees Celsius.

This increase in temperature alone can have major knock-on effects for every country in the region – particularly in terms of internal and regional stability. The region is already home to the Aral Sea, one of the most iconic environmental catastrophes of the past century, whose waters have almost entirely disappeared.

Furthermore, overuse of water resources for rice and cotton cultivation, two particularly water-intensive crops which are widely grown in the region, has caused a 90 per cent reduction in water volume of the Syr Darya and Amu Darya rivers.

The most straightforward impact of increasing temperatures can already be seen in the agricultural industry. Although overall, only an average of eight per cent of the five countries’ land is arable, the bulk of this being in northern Kazakhstan, each country has a disproportionate segment of the population employed in agriculture.

On average, about a quarter of the Central Asian workforce is employed in agriculture – from a high of 44.7 per cent in Tajikistan to a low of 14.9 per cent in Kazakhstan. Increase in temperatures will cause droughts to occur more frequently, devastating the livelihoods of millions of people in the agricultural sector, and fuelling rural-urban migration.

Around 80 per cent of all arable land in Central Asia is used either for cotton cultivation for the export market, or for fodder for livestock, a major pillar of rural economies in the region. This already leaves little room for the cultivation of edible crops. A World Bank forecast predicts that crop yields will decrease by 30 per cent due to changing climate patterns.

In 2017, an estimated 4.7 million people in Central Asia were suffering from food insecurity, with the highest percentages found in Uzbekistan and Tajikistan. This number, unfortunately, is only expected to increase in the coming years.

According to Oleksiy Vasyliuk, an environmental expert with the Ukrainian Nature Conservation Group, another element caused by climate change that will continue driving food insecurity is the salinisation of soil.

“As temperatures increase, less water becomes available due to evaporation. Water used for irrigation, of which there is a lot in Central Asia, leaves behind saline soil when it evaporates, which is bad for agricultural productivity,” he tells Emerging Europe.

According to World Bank statistics, salinisation has already affected 60 per cent of irrigated lands in Central Asia. In Uzbekistan, which has one of the most extensive irrigation systems, over half of irrigated lands have become saline.

It is not only evaporation which is threatening already-strained water reserves in the region. The area’s numerous mountain ranges also provide water from glaciers – however, these are also at risk.

Tajikistan alone has 8,492 glaciers, of which 20 per cent have already declined considerably in size. Year-on-year temperature increases are most dramatic during winter months, which is disastrous for these glaciers. As such, by 2050, up to 30 per cent of the region’s glaciers are at risk of disappearing entirely by 2050.

Melting glaciers have already caused environmental disasters, particularly in 2015 when floods and mudslides affected much of Tajikistan and Kyrgyzstan.

One major ramification that these climate trends will have on the future of Central Asia is migration.

The World Bank estimates that this will cause the displacement of 2.4 million people by 2050 – some 3.5 per cent of the total population. A large proportion of these are expected to move abroad, mainly to Russia, in accordance with trends of the past decades.

According to Khamza Sharifzoda, a consultant at the World Bank, this could affect the internal stability of these countries.

“We know that poverty per se is not the main reason behind Central Asians’ turn to radical groups such as the Islamic State, but what we also know is that a lot of the recruiting of Central Asian fighters happened in Russia,” he says. “Being far away from their communities and families, labour migrants become easy targets for recruitment.”

Furthermore, the prospect of international water conflicts – fuelling disputes and conflicts around the world – will also likely increase. Already this year, Kyrgyzstan and Tajikistan fought a series of skirmishes centred around control of a water reservoir straddling the border between Kyrgyzstan and a Tajik enclave inside Kyrgyzstan.

Without substantial action, all of these issues can become critical at any time. At the very least, governments in the region need to establish joint mechanisms to address environmental issues which affect all of them collectively and prevent disputes from turning into conflicts, as happened earlier this year.

Beyond this, each country and its allies need to invest in enhancing local capabilities to respond to natural disasters, which are set to accelerate in frequency. The decade from 2010 to 2020 saw more than 40 natural disasters throughout Central Asia, leading to hundreds of deaths and displacing around 300,000.

In 2015, Russian Air Force planes had to deliver four tonnes of humanitarian aid to people affected by widespread flooding in Tajikistan, demonstrating the lack of local preparedness for such calamities.

With climate change set to become an increasingly major problem, the countries of Central Asia are running out of time to adequately prepare for the coming storm.