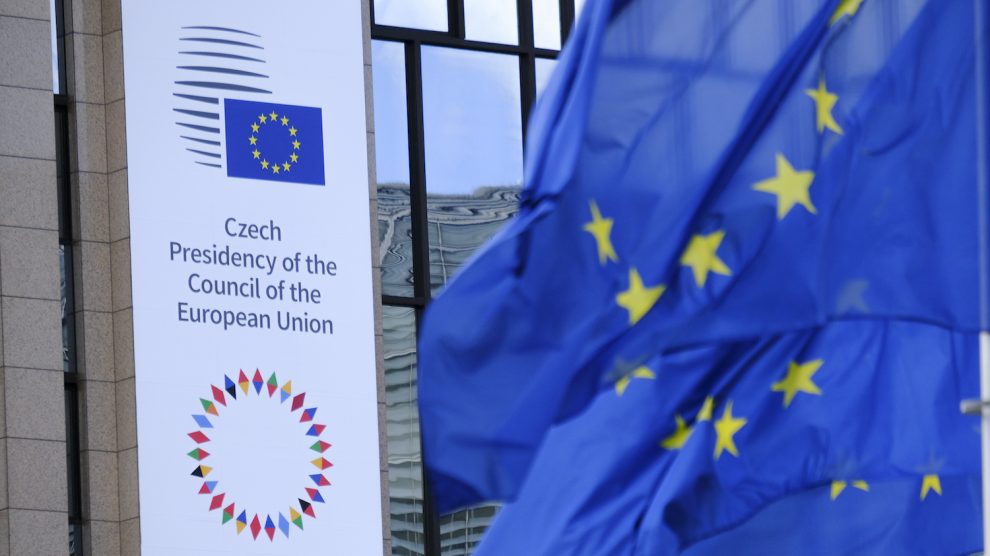 Czechia currently holds the rotating six-month presidency of the European Council. Despite some criticism of its approach to the energy crisis, environmental and digital issues, the country is keeping the spotlight on Ukraine.

Ukraine dominates Czechia’s list of five priorities for its presidency of the European Council, which it will hold until the end of the year.

Managing the refugee crisis and Ukraine’s post-war recovery; energy security; strengthening Europe’s defence capabilities and cyberspace security; strategic resilience of the European economy; resilience of democratic institutions. All are directly or indirectly linked to the ongoing war on Ukraine.

“Assistance to war-torn Ukraine is a priority of the Czech presidency,” Veronika Lukášová, spokesperson for the 2022 Czech Presidency of the EU Council, tells Emerging Europe.

She points out that member states approved a seventh sanctions package against Russia last month largely owing to the diplomatic skills of the Czech leadership.

“[The package] should further weaken Russia economically and thus support Ukraine in its struggle,” she says.

The expanded measures include, amongst much else, a ban on the import of Russian gold into the EU, freezing the assets of Sberbank, and imposing sanctions on individuals and entities actively supporting the Russian aggression.

“At the same time, in their conclusions on foreign information manipulation and interference in the EU, member states agreed to step up their activity in the fight against hybrid threats, not only from Russia,” she adds.

According to Lukášová, the presidency’s efforts are not limited to weakening the Russian economy, but also strengthening Ukraine.

“Alongside the sanctions, the Council also approved additional macro-financial assistance to Ukraine of one billion euros. The war-torn country will also receive military materiel worth another 500 million euros. Ukraine has received a total of 2.5 billion euros for its defence since the end of February.”

Concerning the daily lives of Ukrainian refugees in the EU, Lukášová says that it was the Czech presidency that made possible an accelerated procedure that allows for the continued use in the bloc of driving licences issued in Ukraine.

All of the states bordering Ukraine have been deeply impacted by the Russian invasion. EU aid to these countries, whether member states or not, has been highlighted as a key priority for the remaining period of the Czech presidency.

“Czech diplomats also succeeded in negotiating a common position among member states regarding FAST-CARE, a programme that provides investment in housing, healthcare, translation or training for displaced people, as well as for the countries receiving them. The proposal should simplify the release of European funding in these areas. The Czech presidency will start discussing it with the European Parliament in the autumn,” says Lukášová.

Supporting Moldova, which is neither an EU nor NATO member, and is most at risk of being dragged into the war, has been made a particular priority.

“Under Czech leadership, the Council has adopted rules temporarily liberalising trade in seven Moldovan agricultural products (such as tomatoes, garlic, apples and cherries). Moldova can thus at least double its exports to the EU for one year without any tariffs. Interior ministers also officially launched a platform to support Moldova on security issues. This will focus on topics related to migrant smuggling, weapons trafficking, human trafficking, cybercrime and drug trafficking,” explains Lukášová.

Daniel Šitera of the Institute of International Relations Prague acknowledges that the Czech presidency is key for the EU to remain engaged in Central and Eastern Europe and to maintain an appropriately tough approach towards Russia.

“It has kept the EU assertive in Central and Eastern Europe in terms of Russian aggression against Ukraine and enlargement promises. It pressed for a hawkish approach towards Russia and Europe’s full solidarity with Ukraine, which both seem reasonable at this point,” he tells Emerging Europe.

Another issue which the Czech presidency has outlined as a priority is reducing dependence on Russia’s natural resources.

“The greatest success was achieved by Czech negotiators at the end of July. They succeeded in negotiating an agreement to reduce gas consumption in a record six days,” says Lukášová.

According to the agreement, a 15 per cent EU-wide reduction in gas consumption will be voluntary for now, but will become mandatory if there is an acute shortage. The goal is to reduce the EU’s dependence on Russian gas, which Lukášová argues is being used as a weapon to divide the bloc.

Zuzana Stuchlíková of the EUROPEUM Institute for European Policy agrees.

“If I was to name one success of the [Czech] presidency so far, it would be the extraordinary meeting of energy ministers at the end of July. The presidency managed to negotiate a joint approach to lowering gas consumption, which few thought possible ahead of the meeting,” she tells Emerging Europe.

However, Laura Otýpková, a lawyer at the Frank Bold Society, which focuses on environmental issues, says that long-term energy security is best achieved through the utilisation of renewables, and that here, Czechia could do more.

“I am hopeful that the Czech presidency will be able to deliver a consensus on a solution for this winter,” she tells Emerging Europe. “However, I would like to point out that the Czech government lags behind in the development of renewable energy and there is no clear strategy to end the current dependency on fossil fuel.”

Lukášová says that the Czech presidency has already made commendable progress on its promise to prioritise the strengthening of Europe’s defence capabilities and cyberspace security, and the strategic resilience of the European economy through accelerated digitalisation.

“During eight hours of negotiations with the European Parliament, which ended in the early hours of the morning, we succeeded in agreeing on the format of the Digital Decade agenda. This sets out targets for the EU’s digital transformation by 2030, covering not only the digitalisation of enterprises and public services, but also improving the digital skills of the population. The agreement was then unanimously confirmed by EU ambassadors.”

“The EU will actively promote universal human rights and fundamental freedoms in the digital environment and access to human-centred digital technologies. The Digital Markets Act was the work of the previous French presidency. It was finally approved by the ministers of member states in July under the Czech presidency. The regulation sets rules for large online platforms and prevents them from abusing their dominant market position.”

However, according to Daniel Šitera, there has been no real political ambition in promoting specific aspects of the green and digital agendas.

He argues that in these areas, the Czech long-term approach has stood against the realisation of ambitious visions for EU digital sovereignty and a robust green transition, which were perceived as going beyond or even against the open trade policy and deepening of the single market.

“As such, we should not expect any added value to be brought [to these areas] during the rest of the Czech presidency, except of trying to do a good job in facilitating the negotiations and business as usual on the bureaucratic level.”

Farewell to the Soviet Union: This week in emerging Europe
For democracy to work, media must be free
Comment