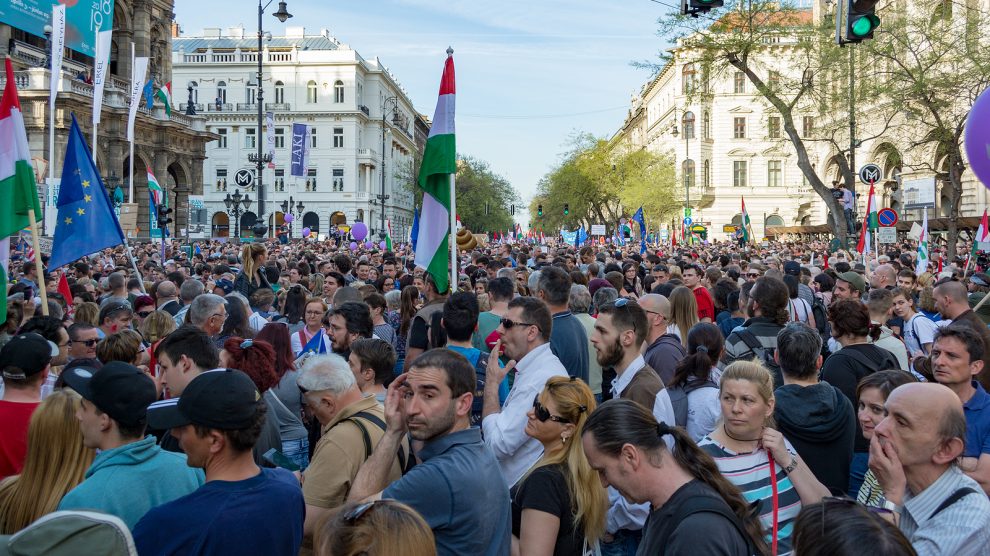 Supporting and protecting independent media has never been more important. For citizens to make an informed choice between different policy options, they need indeed to know precisely about the facts on which to base their choices.

The Covid-19 pandemic and Russia’s war against Ukraine have highlighted the crucial role of the media, both as a purveyor of impartial news and information and as a bulwark against false news and propaganda.

While in recent years several countries in emerging Europe have adopted, stepped up or are considering measures to improve journalists’ safety and working conditions, progress has not been uniform across the region, with some countries in fact going backwards.

That propaganda, misinformation and false news have the potential to polarise public opinion, to promote violent extremism and hate speech and, ultimately, to undermine democracies and reduce trust in the democratic processes, is not news. It’s certainly not false news, it’s happening.

Neither can it be said that any of these things is a new phenomenon. Propaganda has been around almost as long as the human race, but the scale of the problem has certainly never been bigger, and it’s a problem that Russia’s war on Ukraine – which, remember, Russia does not even want us to call a war – has again placed in sharp focus.

The Council of Europe recently released data suggesting that two thirds of EU citizens report coming across false news at least once a week – and that’s false news they can recognise.

Were false news they can’t recognise be included, the percentage would be even higher.

Just as serious are statistics that suggest more than 80 per cent of EU citizens say they see false news both as an issue for their country and for democracy in general.

Somebody who is more aware of the pressure on media, and its impact on democracy in general, than many others in the emerging Europe region is András Arató, director and CEO of independent Hungarian radio station Klubrádió.

Hungary is a negative example of how quickly media freedom, even in an EU member state, can be eroded. In the Reporters Without Borders Press Freedom Index for 2006, Hungary was 10th of more than 160 countries. In the latest edition it is 92nd.

Prime Minister Viktor Orbán’s regime forced Klubrádió, which was often critical of the Hungarian government, off air last year. Klubrádió had been in Orbán’s sights for years — after a 2010 parliamentary election, the station almost went bankrupt as companies stopped advertising on it, fearing political consequences. It continues to broadcast, as an internet-based station.

Arató was one of several media professionals and academics who took part in a discussion dedicated to propaganda and false news during Emerging Europe’s Summit and Awards, held in Brussels in June.

Another was Anamaria Dutceac Segesten, associate professor of strategic communication and European studies at Lund University in Sweden. She highlights a common problem throughout emerging Europe: that the purveyors of false news and propaganda are often state players.

“On the one hand we have this kind of government propaganda, while on the other we have a certain reluctance of citizens to engage with the news,” she says.

“There is decreasing interest from regular people to read any news about economics, politics and so on. Overall, as a trend, people refuse to engage with news because it makes them feel sad, depressed or because it antagonises families, it provokes conflicts.”

Segesten says that these two trends create an environment where propaganda or falsities have, “a propitious terrain to flourish”.

According to Teresa Ribeiro, representative for freedom of the media at the Organisation for Security and Co-operation in Europe (OSCE), the OSCE region is seeing a clear decline in media freedom.

“It is clearly a tendency of autocratic governments that increasingly use misinformation to shape international and domestic opinion in their favour,” she says.

To counter this, she says that we need to make use of the right instruments.

“Let’s not forget that freedom of expression protects propaganda and disinformation, but when propaganda is for war or propaganda promotes religious, racial, or national hatred, then we must act.

“But we have to be very careful in addressing the enormous challenges we have ahead of us. What I see every day is new laws that are presumably wanting to address disinformation and false news, but this can lead to silencing critical voices. We must be very careful when dealing with this problematic issue.”

Zuzana Papazoski, resident senior director for Eastern Europe at the National Democratic Institute, adds that the war in Ukraine has come as a wake-up call for many.

“More attention should be placed on monitoring propaganda,” she argues, also highlighting the fact that women and minorities are often the primary victims of online violence.

“More attention should be placed on tackling and addressing online violence against women, especially around elections, as well as gender disinformation and the different tactics that are being used to scare women,” she says.

The European Union is currently putting together a press freedom bill, spearheaded by the commission’s vice-president for values and transparency, Věra Jourová. It is being designed to safeguard media pluralism and independence amid rising concerns about ownership and potential government interference.

For András Arató, finance is key. “Ways need to be found to finance independent media in the countries where there is no media freedom,” he suggests.

“[Digital and media literacy] can encourage critical engagement with the news,” she says.

Whether the answer to the problems facing emerging Europe’s media landscape be finance or education – or both, a clear conclusion of the Brussels discussion is that supporting and protecting independent media has never been more important.

If free and accurate information is not available for all, democracy cannot work.

András Arató, Anamaria Dutceac Segesten, Zuzana Papazoski, Teresa Ribeiro and Yegor Gordeev were speaking with Emerging Europe’s Craig Turp at the Future of Emerging Europe Summit & Awards in Brussels in June. You can watch the full discussion below.